ABU DHABI, United Arab Emirates (Nov. 27, 2018) — Competing alongside the Formula One World Championship, American driver JM Correa and his Jenzer Motorsport squad traveled to the Yas Marina Circuit in Abu Dhabi, United Arab Emirates for the final round of the 2018 GP3 Series. Showing pace and improvement throughout the season, Correa was determined to find his way to the front of the field as he looked to score his best series result to date.

With a DRS issue that forced Correa to miss more than half of the one and only free practice session , the Jenzer Motorsport driver could only muster a time to put him 14th quickest. Working hard with his crew and Engineer before qualifying, a significant improvement was made as he found himself advance forward up the grid. 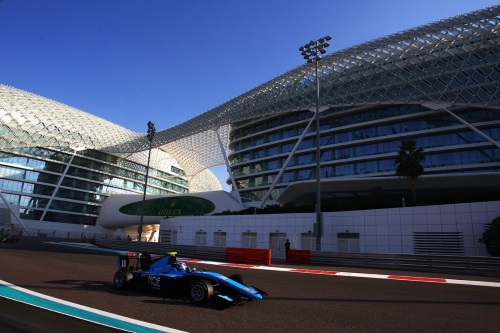 “We were able to go much quicker in qualifying and though we still need to find some outright pace we are better off now than we were. The single lap pace may not be there but our race pace seems to be quite good,” explained the tenth place qualifier.

In the first wheel-to-wheel action of the weekend on Saturday, Correa rocketed forward into and battled hard for a top-ten result. Running as high as sixth at one point, the speedy Correa managed to secure an eighth-place result and the pole position for race two on the weekend due to the top eight inverted grid.

Taking the holeshot and the lead when the lights went green on Sunday, Correa looked poised to score at least a podium result. A virtual safety car slowed the pace early due to an incident, but Correa remained focused leading every lap but the final circuit. The Florida resident crossed the stripe in the second position but received a five-second time penalty post race.

“It was a very hard battle through the whole race, with a lot of pressure from behind for all fourteen laps,” added Correa. “In the end, I lost the lead position on the last lap as the competitor behind me used his last DRS on me in the final zone. Our five second time penalty occurred due to a glitch in the automatic GPS system that controls the average speed of the car and robbed us of a well-deserved P2. Very disappointing for myself and the team.” 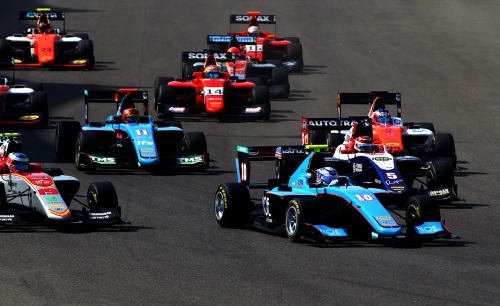 JM Correa would like to thank all his marketing partners for another successful season in the GP3 Series. A special thank you to NOE Sushi Bar, Faico-Motriz, US Performance Academy, ACCUS and Bell Helmets as well as his team, Jenzer Motorsports for the constant and consistent improvement throughout the race season.

For additional information on the GP3 Series, please visit www.GP3Series.com. 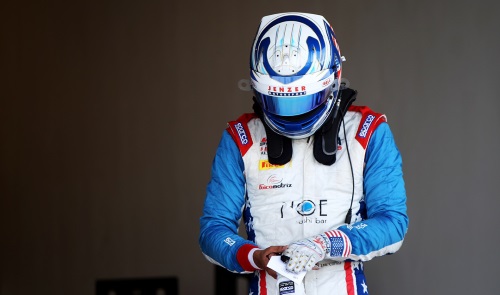