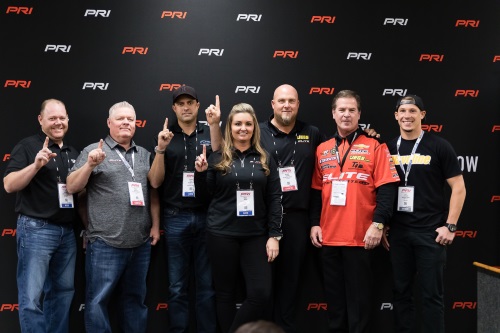 Elite Motorsports will campaign three Pro Mod cars driven by Erica Enders, Alex Laughlin and Steve Matusek for the full 2019 E3 Spark Plugs NHRA Pro Mod Drag Racing Series presented by J&A Service season and Modern Racing will help oversee that transition. Elkes’ Modern Racing, whose expertise and track record is well knowing within the industry, will help facilitate the operation, aid in tuning and handle the construction and assembly of the three turbocharged entries, which include two Camaros and one Mustang, which will be driven by Matusek.

“Justin fits really well with our group and it’s kind of a magic deal for us,” said Richard Freeman, Founder, Elite Motorsports. “I’ve known Justin for a long time, and he’s just methodical in what he does and thinks outside the box. We have some really good people on our team and when you add Justin to that mix and you have magic. It’s going to be a really great addition to our program.”

After a successful career working as a crew chief and consultant with championship teams in a variety of classes, Elkes launched Modern Racing in 2016. He has continued to work with standout drivers in Pro Mod and Pro Stock as his reputation as a star tuner/business owner continues to grow, but the alliance with Elite Motorsports could make for an innovative move for both companies.

The strategic pairing will utilize the resources and depth featured on both teams and businesses, with Modern Racing and Elite Motorsports working together in a fashion that hasn’t been done in the NHRA Pro Mod ranks.

“This is extremely exciting,” Elkes said. “We’ve tried to work together for many years and it finally worked out. This really kind of fit with the business model we’re pushing. My team and I at Modern Racing will be preparing the cars over the winter and I think what we’re going to do has a chance to be groundbreaking. We know we have drivers that can win races, and it’s going to be exciting to help them achieve that and watch them grow in Pro Mod. We’re putting some great pieces together.”

Enders’ NHRA Pro Mod debut a year ago marked Elite Motorsports’ first foray into the class and now the successful organization is honed in on making an even bigger mark in the class in 2019. Elkes, a noted chassis and suspension guru, and Modern Racing are already hard at work on the trio of Pro Mod cars at their Mooresville, N.C. shop as the entire operation has big goals for 2019.

“We’ve built a championship-caliber Pro Stock program, and this alliance with Justin and Modern Racing is part of our goal to build a championship-winning Pro Mod operation,” Freeman said. “We continually seek out the chance to work with the best and brightest the sport has to offer and as we make a hard push into Pro Mod, we believe the alliance with Justin provides that.”