Lutz, Florida (January 22, 2019) – Hot off the heels of a successful 2018 racing season, Jason Bell is set for his 2019 campaign. Rejoining GMG Racing and the Pirelli GT4 America program, Bell will pilot an Audi R8 GT4 LMS in the complete GT4 Sprint Series as well as the GT4 SprintX event at the Circuit of the Americas (COTA) in March.

“Back for another year with GMG Racing and Audi will provide cohesiveness and consistency within our program,” explained Bell. “These guys prepare some of the fastest Audi’s in North America. Their prep work and trackside program is second to none, and I cannot wait to get started on our 2019 campaign.”

Kicking the season off in March at COTA, Bell will then see action at the Streets of St. Petersburg alongside the NTT IndyCar Series, his home event on the 2019 calendar. April will see two events with the first taking place on the streets of Long Beach during the Long Beach Grand Prix April 12-14 and then at the Virginia International Raceway during the last weekend of the month. May through September will see one event a month beginning at the Canadian Tire Motorsports Park near Toronto, Ontario, Canada, followed by Sonoma Raceway, Watkins Glen International and Road America. The final event of the season will take place October 18-20, but the location is still to be confirmed.

In between race events, Bell and his GMG Racing squad will take part in several test days to fine tune and gain even more speed out of their Audi machines. 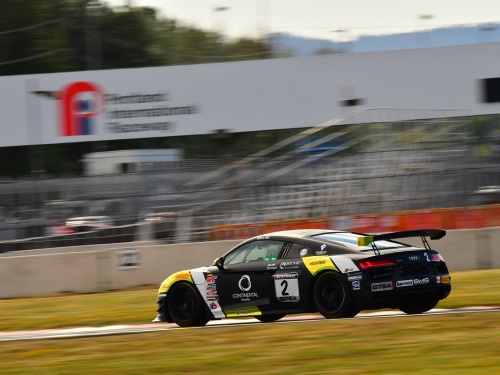 Bell continued, “2019 will be busy but there are some holes in the calendar that I will look to fill with different programs from around the world. My main focus is the Pirelli GT4 America series as I really want to try and make a run at the overall series championship. I will be aggressive and fight for race wins and podium results from the drop of the first green flag.”

Jason Bell would like to thank his partners for their continued support. A special thanks to Highway Systems, Incorporated, Continental Benefits, Osteria, Frost NYC, Gridsport, Reeves Motorsports, Audi of Tampa and Global Motorsports Group.