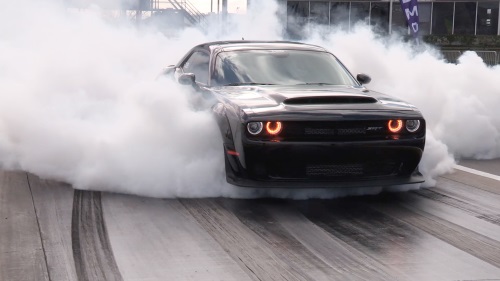 Chandler, AZ (January 30, 201 – Dodge Demon owners from around the US and Canada met at Houston Raceway Park, January 18th through 20th, for the “First Gathering”. The private event was produced by Mass Traction, a custom drag strip prep company owned by Brandon and Sunny Mass, in collaboration with Tim Godbee, co-founder of the Legion of Demons.

With many naysayers saying it wasn’t possible to consistently achieve 9 second passes, Brandon Mass was inspired to produce the event working with a track that would most closely approximate the DA conditions when Leah Pritchett ran the infamous 9.65 second pass. “The engineers at Dodge called us in during development stages asking us to prepare drag strips across the country,” says Mass. “They needed a consistent track condition to base their testing data. Wherever testing was taking place, we were there to provide Dodge a professional baseline track condition, and we prepared the track where Leah Pritchett set the record.”

“At this largest collection of Demons,” says Mass, “we came very close to beating the record set by Leah. We beat the mile per hour and the 60 foot time. In large part if there had not been 20-30 mph head winds it probably would have happened.”

All agreed that for a first event it was a huge success on many levels. The Demon owners had a valuable learning weekend where everyone shared their set-ups and learned from each other. Event milestones included every single car that ran on Sunday left with a 9 second time slip. One owner also brought in a stock Hellcat Redeye Widebody that ran a world record-breaking pass at 10.34 ET.

Mass adds, “What we really liked about this First Gathering event is that the participants were not racing against each other, they were racing with each other. Seasoned drivers were helping first-timers, and the drivers could really get to know their cars. So stay tuned Demon followers, we plan to do it all over again soon.” 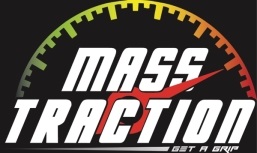