Fontana, CA (January 31, 2019) – Beginning the 2019 season with much success only a few short weeks ago, Alliance Racing Sponsored by Gas Monkey Energy is heading back west for the second event weekend in the Formula Pro USA F4 West Coast Championship. Scoring one victory and four podium results in the opening weekend of the series, the Indiana based team will return with three drivers as they look to close the program strong at the Auto Club Speedway in Fontana, California. Following the race weekend, the team will head to Texas where they will station themselves for several test days with multiple opportunities available.

“We had a great start to the season in Sonoma and will look to carry that momentum through to Fontana,” explained Alliance Racing’s Toney Edwards. “We will have the same three drivers in attendance and are anticipating several national championship teams attendance. We have our goals set and will work hard to obtain them all while gaining the necessary track time to prepare for the remainder of our 2019 program.” 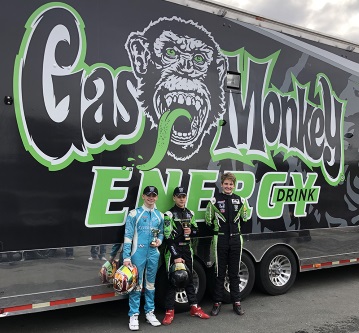 On the strength of his first and second place results in Sonoma, New Yorker Dylan Tavella sits tied atop the Formula Pro USA Championship points standings. Claiming a second place result on Saturday, Tavella held his competitors at bay on Sunday as he secured his first F4 victory in wet weather competition. Alliance Racing newcomer and F4 rookie Ryan MacDermid had a solid debut in his Gas Monkey Energy liveried machine as he improved throughout the event weekend, claiming a pair of third place podium results and sits third in the overall standings.

With some mechanical gremlins rearing their ugly heads in Sonoma, Will Edwards was forced to retire from the weekend with gearbox issues before it even started. Returning to the West Coast this weekend, Edwards will look to be back on track and mixing it up with the rest of the F4 competitors on the road course at the famed Auto Club Speedway.

Following their event in California, the Alliance Racing Sponsored by Gas Monkey Energy team will begin to make their trek back east. With a planned stop in Texas for multiple test days at several different locations, the growing program will continue their testing for the upcoming F4 United States Championship Powered by Honda series that commences in April.

Edwards added, “We have four test days booked already and cars available for drivers. Whether you want to try your hand at an F4 car or are looking to compete in the 2019 season, we are able to put you in the seat and allow you to gain the necessary experience.” 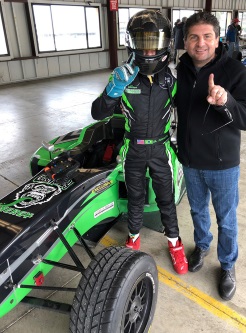