Beckman Drives Dodge//SRT and Mopar to No. 2 Spot in Funny Car Qualifying at NHRA Winternationals 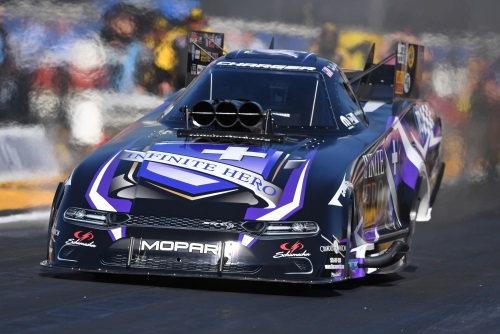 Beckman’s run moved him from the 11th position up to second overall and became even more impressive as the final session proceeded. He will face Phil Burkart in the first round of Sunday’s elimination rounds.

Johnson improved from fourth to second in qualifying session three with his pass of 3.904 ET behind the wheel of the Make-A-Wish Dodge Charger SRT Hellcat. He will face Tim Wilkerson in Sunday’s first round. 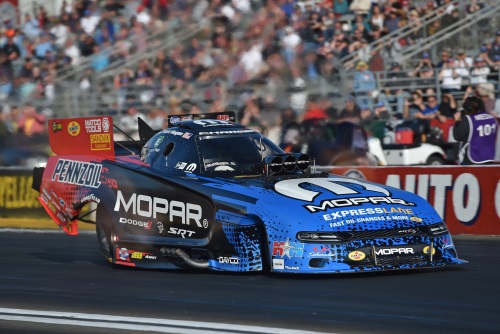 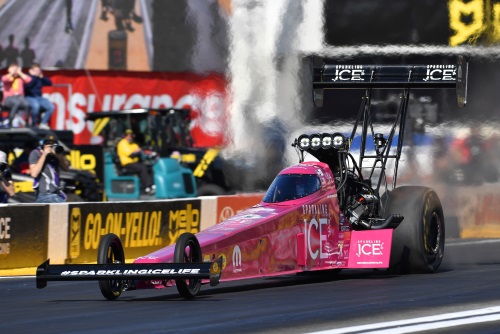 In Top Fuel, Leah Pritchett improved her times Saturday but failed to make it cleanly to the finish line. Pritchett looked to be on a stout pass early Saturday afternoon, but couldn’t complete her run under full power and posted a mark of 3.963 ET. She closed qualifying with a lap of 4.011 ET and holds the 12th position on the qualifying ladder. Pritchett will begin her quest for a second Winternationals triumph in the last three seasons by facing her DSR teammate Antron Brown in Sunday’s first round of eliminations.

“I’m totally satisfied. We went three-for-four, and when you’ve ran as good as we’ve ran, you can afford to take a shot on the hero runs. We probably just put in a little bit too much on that run and that’s fine. We know where the limit is. Each day has gotten cooler and better out here, so bring it on. There’s a whole lot of bad Funny Cars ready to run tomorrow.”

“We started the 2018 NHRA World Finals from No. 3 and made it to the final round. It’s basically the same race car that we brought back out this weekend here at the Winternationals and it’s running just as good. I’ve got all of the confidence in the world that we’ll go out there and lay down some good runs tomorrow, but it’s going to be tough as cold as it’s going to be so we’ll have to learn from that first session.”

“We had three good laps in qualifying. It’ll be a good race (in round one against John Force). I’m looking forward to it. Any time you race John, you always have to come for it.”

“We came in here without any pre-season testing and with a brand-new Dodge Charger SRT Hellcat body. A lot of new things. It was kind of interesting and fun because that first session, (crew chief Rahn) Tobler wanted to make sure everything was okay and told me to run it down there and shut it off at the 800-foot mark. I shut it off at about 840 feet and it ran 3.91 and put us No. 1 qualifier at that point, so that made it fun. It doesn’t matter who you run on race day. Gary Densham is one of the guys I fear the most out here because he’s cagey, he knows how to get down the track. I’ve raced him a lot. I think tomorrow will bring completely different conditions than what we’ve seen already.”

“The silver lining in our qualifying results is that we feel really confident in our tune-up window. There is definitely a difference between a mechanical malfunction and tune-ups. Today, we were right there to be in line with the low qualifiers before two totally different isolated incidents caused some pretty colorful damage. Fortunately, this Mopar team is built to succeed and we’ll be ready to go into race day with a solid car.

“Right out of the gate, 2019 isn’t starting with smooth sailing, but we knew the competition was going to make it tougher than ever. You never want to face your teammate unless it’s the final and we have Antron Brown in round one. It’s like they say in NHRA racing, you can’t tip toe into anything. You have to come out swinging. We know that’s what Antron and his guys are going to do and we’ve got confidence in our car to come out and do the same.”

About Mopar
Mopar (a simple contraction of the words MOtor and PARts) is the service, parts and customer-care brand for FCA vehicles around the globe. Born in 1937 as the name of a line of antifreeze products, the Mopar brand has evolved over more than 80 years to represent both complete care and authentic performance for owners and enthusiasts worldwide.