POMONA, Calif. (February 10, 2019) – After posting multiple career-best numbers in qualifying, Scott Palmer and his upstart Magic Dry Organic Absorbent Top Fuel team tried to go even quicker in Sunday’s opening round of the 59th annual Lucas Oil Winternationals. But alas, they were a little too aggressive, smoking the tires of their 11,000-horsepower rail as soon as Palmer stepped on the gas.

“Like I said before the season started, we’re done racing by hoping the other guy makes a mistake so we can win the round,” Palmer said. “We’re racing to win straight up. We may make a few mistakes but we are going to try to win rounds instead of hoping the other team we’re racing messes up.”

Today, Palmer was facing veteran Doug Kalitta, who had qualified one spot ahead of him on the ladder. Being friends with several members of Kalitta’s team, Palmer knew what to expect and knew what he needed to do to have a chance at winning. 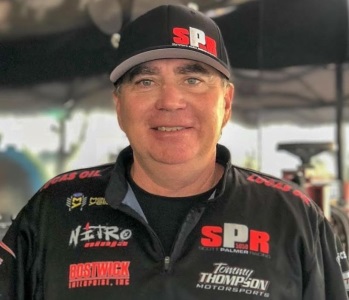 “The cool thing is the guys on that team saw what we did in qualifying and they were like, ‘Damn Palmer, we need to tune it up big time to beat you.’ That was pretty cool to hear and I just wish we had given them a better race. At least we know they aren’t taking us for granted any more. No one will.”

“If we had improved to a 3.70 we still would have lost so we had to go even harder,” Palmer said. “It would have taken a career best by four hundredths to win that round. Well four hundredths when you’re trying to improve on a 3.95 isn’t as difficult to find as it is when you run a 3.72. It’s such a fine line at these numbers and we are picking away at it.

“We took a swing and we will take the results because the car went down the track four times this weekend and it hauled ass so it did exactly what we wanted. This is how we wanted to start the year off, other than we wanted to win, so it’s hard to be too upset.” 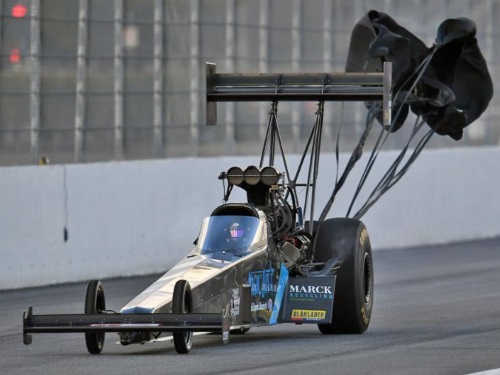