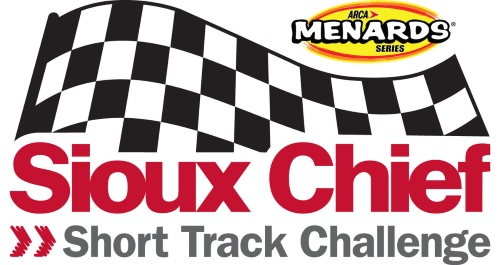 TOLEDO, Ohio (March 1, 2019) –– Officials from the Automobile Racing Club of America (ARCA) and Sioux Chief Manufacturing have jointly announced that the rough plumbing components manufacturer has extended its support and sponsorship of the ARCA Menards Series Sioux Chief Short Track Challenge for 2019.

“Sioux Chief is pleased to extend our sponsorship for the 2019 season, continuing as the primary sponsor for the ARCA Menards Series Short Track Challenge,” said Joe N. Ismert, president of Sioux Chief Mfg. Co., Inc. “We are looking forward to another exciting season of great racing.”

The Sioux Chief Short Track Challenge is a series within the ARCA Menards Series, with drivers earning points toward a championship contested on tracks one mile or less in length. The eleven events that will make up the Short Track Challenge kick off with the ARCA Pensacola 200 at Five Flags Speedway on March 9 and will conclude at Lucas Oil Raceway in suburban Indianapolis on October 5. Other events include Salem Speedway on April 7, Fairgrounds Speedway Nashville on May 4, Toledo Speedway on May 19, Madison International Speedway June 14, Elko Speedway on July 13, Iowa Speedway on July 19, Illinois State Fairgrounds on August 18, DuQuoin State Fairgrounds on August 31, and a second visit to Salem Speedway on September 14.

Teams and drivers will race for the Short Track Challenge championship under a special race-only points system, and only a driver’s ten best finishes count toward the championship. Each driver discards his or her worst finish if they compete in all eleven races.

“We’re extremely excited about all the great things happening in the ARCA Menards Series and the Sioux Chief Short-Track Challenge is another example of an ongoing partnership that’s working well for all of us with a like-minded company such as Sioux Chief,” said Jeff Abbott, promotions manager for Menards. “By the way, the short-track races are really competitive!”

While the ARCA Menards Series does not allow drivers under 18 years of age to race on tracks longer than one mile in length, drivers as young as 15 are eligible to race on tracks one mile in length and under. That opens the door for young drivers to compete for the Sioux Chief Short Track Challenge title even though they are not eligible to race for the overall season championship. One of the drivers doing that in 2019 is Portage, Michigan teenager Carson Hocevar.

Hocevar, the all-time leading winner in USAC .25 Midget competition and a multiple-time USAC quarter midget national champion, and the KBR Development team have committed to racing in each of the eleven Sioux Chief Short Track Challenge events in 2019.

“It means a lot just to be able to race in the ARCA Menards Series with our KBR Chevy,” Hocevar said. “ARCA is a level not many drivers are able to reach. I am very humble for my opportunity this year to race for a short track championship and want to thank Sioux Chief for their support of ARCA. Short tracks are the grassroots of stock car racing. It is always cool to see the local tracks and local sponsors get support from race fans. When ARCA comes into town, it’s often a track’s biggest race of the year and packs the grandstands. A true sight to see and honor to be part of.”

Hocevar made three ARCA Menards Series starts in 2018, scoring top five finishes at Berlin Raceway and Lucas Oil Raceway. In his debut at Toledo Speedway in May, a mechanical issue led to problems in the race track and unfinished business for Hocevar in his return this season.

“I am really excited to head back to Toledo Speedway,” Hocevar said. “We ran really well there last year, until a mechanical issue took us a few laps down. Besides the top two cars, we were the only team to not lose a lap under green, and we drove all the way to third on the race track from the back of the field. So I am excited to get back there again with our KBR Development team.”

Sioux Chief Manufacturing first partnered with ARCA and Menards in 2015 as the race entitlement sponsor at Lucas Oil Raceway. The business-to-business relationship between Menards, the country’s third largest home improvement retail chain, and Sioux Chief, a leading rough plumbing manufacturer and supplier of cutting-edge products for plumbing and mechanical contractors, brings opportunities for Sioux Chief to promote its products to the Menards contractor customer base.

“The Short Track Challenge was an immediate hit with both participants and fans,” said Mark Gundrum, ARCA’s vice president of business development and corporate partnerships. “It quickly proved to be a great way to bring even more notoriety to the great short track racers that compete in the ARCA Racing Series presented by Menards.”

About Sioux Chief: Sioux Chief Manufacturing is a family-owned American corporation based in Peculiar, Mo that designs and manufactures rough plumbing products, parts, and accessories for residential, commercial, industrial and government applications. Sioux Chief’s product line is divided into three core groups: Supply, Drainage and Support. Sioux Chief designs, builds, and maintains its own machines, tools and dies, and equipment. Sioux Chief manufactures more than 90% of the products it sells and takes great pride knowing industry professionals rely on them for their intense focus on crafting tomorrow’s better rough plumbing tools and equipment. www.siouxchief.com

About Menards: A family owned company started in 1958, Menards is headquartered in Eau Claire, WI. Menards has more than 300 retail stores located throughout the Midwest in the states of IL, IN, IA, KS, KY, MI, MN, MO, NE, ND, OH, SD, WI and WY. Menards is known throughout the home improvement industry as the low-price leader. Its famous slogan “Save Big Money at Menards” is widely known and easy to remember. For more information, visit Menards.com, like us on Facebook or follow us on Twitter, Instagram or Pinterest.

About ARCA: The Automobile Racing Club of America (ARCA) is among the leading and most versatile auto racing sanctioning bodies in the country. Now a part of NASCAR, ARCA was founded in 1953 by John and Mildred Marcum in Toledo, Ohio. ARCA is still headquartered in nearby Temperance, Michigan and led by the Marcum’s grandson, Ron Drager. The organization administers more than 100 events each year in multiple racing series, including the ARCA Menards Series, the ARCA/CRA Super Series and the ARCA Midwest Tour, plus weekly racing at Toledo and Flat Rock Speedways. ArcaRacing.com