Pensacola, FL (March 4, 2019) – Several ARCA Menards Series championship contenders are heading into the second race of the season looking to make up points deficits after misfortune in the season opener at Daytona International Speedway.

The second race of the year, the ARCA Pensacola 200 presented by Inspectra Thermal Solutions at Five Flags Speedway in Pensacola, Florida, is scheduled for March 9, exactly four weeks after the season started in Daytona.

For Bret Holmes (No. 23 Holmes II Excavation/Southern States Bank Chevrolet), the four weeks between Daytona and Five Flags seemed like an eternity. Holmes is a former track champion at Five Flags, winning the Pro Late Model title in 2016 before turning his attention to the ARCA Menards Series, so a return to familiar ground should be just what he needs to get his championship chase back on course. 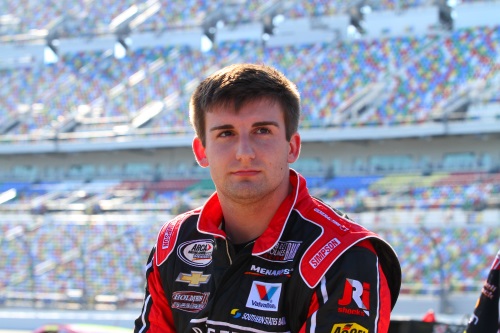 “I started racing at Five Flags in a late model when I first began racing. That track is only about four hours from my hometown. Which is pretty close, so we ran there as much as we could. I’ve run the Snowflake there a few times. Our best performance at a Snowball Derby weekend was when I finished third to Chase Elliott and John Hunter Nemechek. That track is so unique because of how close it is to the beach. The surface is really worn down because of all the sand. It’ll eat up your tires in a hurry. That’s a big key to success there – tire management. I’m really looking forward to going back there in a few weeks.”

Holmes was credited with 18th at the finish, leaving him 85 points behind Christian Eckes (No. 15 JBL Audio Toyota), the highest driver in the standings who has declared intentions to compete for the ARCA Menards Series championship.

“It’s extremely frustrating to get caught up in the final laps like that,” said Holmes. “The same thing happened last year. You just don’t know what gives sometimes. We’ll keep our heads up and keep working hard. I think Five Flags Speedway is going to be a good race for us with all the past history I have running at that track. It’s a little of an adjustment from the late models that I’m used to running there, but it’s a good track to make up some ground in the point standings.”

Michael Self (No. 25 Sinclair Lubricants Toyota) won at Daytona last season. This year, an ill-timed push from behind sent him out of control and into the infield grass, doing significant damage to his racecar, relegating him to 31st at the finish and putting him in a deep points hole headed into Pensacola. 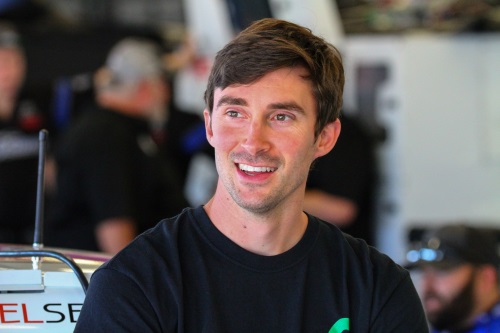 “I’d be lying if I said I wasn’t disappointed about the points situation after Daytona,” Self said. “Wrecking out early put us in a huge deficit, and definitely a position I didn’t want to be in, but here we are. Thankfully, we’ve got 19 races to regain ground, and despite the bad start to the year I actually feel as good about our No. 25 Sinclair Lubricants Toyota crew as I’ve ever felt about a team. I think we have great chemistry, and it’s a group of guys I’m really excited about going to the track with this year. That’s important to me, and something that will hopefully play to our advantage. We have to be smart both on and off the track to finish races and put ourselves in position to win, and that lies on me as much as anyone.”

Self is a three-time ARCA Menards Series winner, with wins at Kansas in 2017 and Daytona and Chicagoland in 2018. He has eight career wins in the NASCAR K&N Pro Series West, most of which were on short tracks. He is still looking for his first career ARCA short track win.

The ARCA Menards Series takes to the half-mile Five Flags Speedway in Pensacola, Florida on Saturday, March 9. Practice starts at 1 pm ET/12 pm CT; General Tire Pole Qualifying is set for 4:30 pm ET/3:30 pm CT; and the ARCA Pensacola 200 is set to go green at 8 pm ET/7 pm CT and will be televised live on MAVTV. ARCARacing.com will have live timing & scoring, live chat, and live track updates throughout all on track sessions free for ARCA for Me members. New members may register for free at ARCARacing.com/login.