Austin, TX (March 5, 2019) – After a very successful test day last week, Jason Bell was quick out of the gate this past weekend at the opening round of the GT World Challenge SprintX event at the Circuit of the Americas (COTA). Piloting a GMG Racing prepared Audi R8 GT4 LMS with co-driver Alec Udell, the duo secured a podium result on Saturday to kick off the 2019 race season.

“Our test here a week ago proved to be valuable as we unloaded quick and were able to get to work on the fine tuning of the car,” explained Bell. “Alec is a great driver, and I think we like a lot of the same out of a car so it was generally painless in the setup process. We ended practice one as the quickest cars on track and were third in class, tenth overall in session two, so the weekend started on a very positive note.”

With the split qualifying session on Saturday morning, the #2 Audi would go 21st quick overall in group one but fourth in class, while group two saw an improvement to seventh overall and third in class. 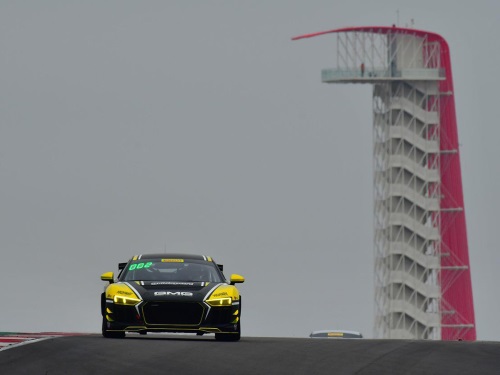 Jason Bell at the Circuit of the Americas (Photo: GMG Racing)

Race one on Saturday afternoon saw a great drive by the Bell and Udell duo as they managed to steer their black and gold machine towards the front of the field. Pushing hard to garner the best result possible, a podium celebration was in order that afternoon with a second place finish in class, and an amazing sixth place overall.

Sunday’s race two was going the right direction before a late race pit spot cost the team a podium finish. After some slight damage as a result of contact at the start of the race, the gearbox temperature would be on the rise and disaster would strike as the race wore on.

Bell added, “I really thought we had a chance to contend for the overall win on Sunday as we were fourth on track and within striking distance. When the gearbox reached a certain temperature, the car went into a fail-safe mode and cut the power down to 70%. It hurts as we were in the position we needed to be to have a chance, but that is part of racing. We have good days and we have bad days.”

Bell will enjoy no time off as he returns to Florida to kick of the Pirelli GT4 America season on the streets of St. Petersburg this weekend. With experience on the tight confines of the street circuit, including a podium result in 2018, Bell and his GMG Racing outfit will be in search for the race win next weekend. 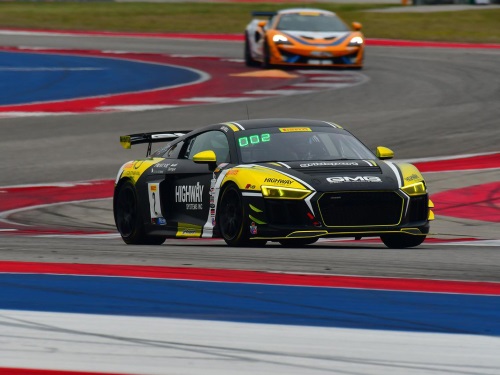 Jason Bell would like to thank his partners for their continued support. A special thanks to Highway Systems Incorporated, Continental Benefits, Osteria, Frost NYC, Gridsport, Reeves Motorsports, Audi of Tampa and Global Motorsports Group. Also, a huge shout out and thanks to Alec Udell for his performances this weekend.