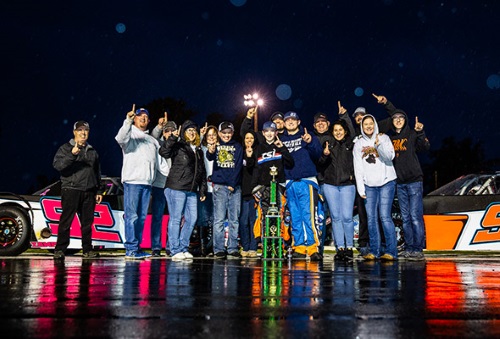 MADERA, Calif. – (March 10, 2019) – Fifteen-year-old Dylan Zampa made the most of his debut in Madera Speedway’s Nut Up Pro Late Model Series on Saturday night.

Zampa took top honors in the rain-shortened season opener for the Nut Up Pro Late Model Series Saturday evening, earning a $5,000 payday in the process. The victory came in his first start in Madera’s pro late model class.

A crash involving early leaders Carlos Vieira and Blaine Rocha on the 39th circuit opened the door for Zampa, who was running third at the time of the crash. Zampa inherited the race lead for the ensuing restart, which saw him battle his older brother Logan Zampa.

The two Zampa brothers swapped the lead over the next few laps, with the younger Zampa eventually emerging with the race lead after Logan Zampa swung wide in turn four.

A caution flag for a spin in turn four slowed the race, but a sprinkle developed over the track as the field circulated under caution. Officials kept the cars rolling under caution for the next few laps, but on lap 56 Madera Speedway officials called an end to the race and declared Dylan Zampa the winner while his brother finished second.

“I don’t even know what to say, this is an amazing way to start the year,” Zampa said. “This was my first race in the pro late model class and I didn’t know what to expect. I can tell you that I certainly didn’t expect to win in my first start!

“On top of that, my older brother finished second. So it was a great night for the entire Zampa family. You can’t beat that.”

The native of Napa, Calif., is a third-generation racer who has followed in the footsteps of his father and grandfather. His grandfather, Ron, owned a dirt late model that earned championships at Petaluma Speedway and other California tracks. His father, Joey, was a multi-time champion in Legends car competition and also raced with the SRL Southwest Tour Series. 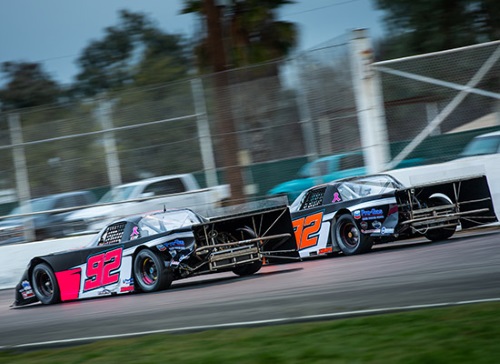 Zampa has been racing since he was 5 and has raced on a National level across the United States. After starting his career in quarter midgets, Zampa has begun progressing through the late model ranks in California. Last year he competed in Madera Speedway’s 51FIFTY Jr. Late Model Series, winning three races en route to a runner-up result in the series standings.

“It’s hard for me to wrap my head around what happened tonight,” Zampa said. “We just won in my first start in a pro late model. Now we’ve got to keep the momentum going for the rest of the year. Thanks to my family and team, the staff at McCallister Precision Marketing and all of my supporters.” 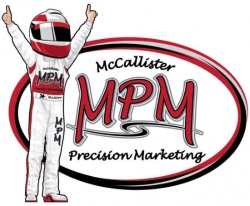