Schumacher, owner of drag racing powerhouse Don Schumacher Racing (DSR), was recognized alongside his fellow members of the Motorsports Hall of Fame of America’s class of 2019 as they took their place in history among the greatest, most recognized names in motorsports. Joining Schumacher in the 2019 class were Augie Duesenberg, Dario Franchitti, Phil Remington, Kevin Schwantz, Tony Stewart and Linda Vaughn.

“I have to thank my wife Sarah, my son Tony, who’s won eight world championships, and my daughters Megan, Tara and Samantha,” said Schumacher upon receiving his induction from DSR driver and 2012 NHRA Funny Car world champion, Jack Beckman. “Without their support and willingness to stand by my side and allowing me to do this, none of it would have happened.

“I’m blessed to be surrounded by the team of people at Don Schumacher Racing. I got into drag racing because I drove too fast on the street. I’m a competitor and I don’t like to lose, period; that’s what it is, that’s what I’m about.” 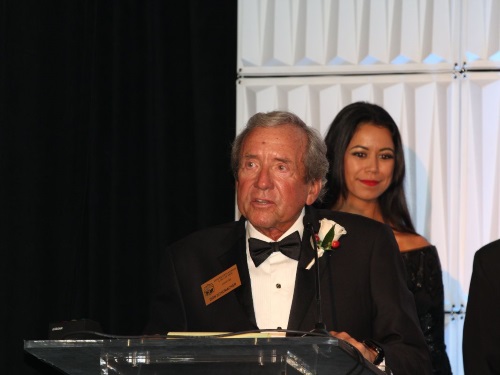 NHRA team owner and Funny Car pioneer Don Schumacher was one of seven inductees enshrined into the Motorsports Hall of Fame of America Tuesday evening in Daytona Beach, Fla

Renowned for his accomplishments both on and off the track, Schumacher is the winningest team owner in NHRA history and is considered a champion for the advancement of safety innovation in motorsports.

The DSR patriarch has amassed 17 NHRA world championship titles and 334 Wally trophies, including the five he won while behind the wheel of a Funny Car in the early 1970s. During his driving career, he contributed cutting-edge safety innovations for the new Funny Car category including a roof-mounted escape hatch that allowed drivers to quickly exit when all-too-frequent fires occurred. He was also the first to mount the lever that activated a fire suppression system on his Funny Car’s brake handle so the driver could apply both while keeping one hand on the steering wheel.

As a team owner, he funded and spearheaded a project to develop a protective, enclosed canopy for Top Fuel dragsters. The canopy has since been adopted by multiple NHRA teams in addition to being utilized on all DSR dragsters.

In 2018, Schumacher made a major commitment to concussion research when he and his team of seven drivers pledged to donate their brains to the Concussion Legacy Foundation.

A fierce match racer in the 1970s, Schumacher took a departure from motorsports in 1974 to grow the family business, Schumacher Electric. In 1998, he returned to NHRA Drag Racing with son Tony Schumacher, who went on to become the most successful Top Fuel driver of all time. Continuing to build his racing dynasty, which has campaigned cars in all four of NHRA’s professional categories, Schumacher recently expanded to include a championship-winning Factory Stock Showdown Series program.

“I’ve been connected and competed with a lot of great racers, some of them are here tonight,” remarked Schumacher during his induction speech. “It’s been an amazing career and an amazing life and without the support of my family, none of this could happen. Thank you for inducting me into the Motorsports Hall of Fame of America. It’s an incredible honor.”

NHRA team owner and Funny Car pioneer Don Schumacher was one of seven inductees enshrined into the Motorsports Hall of Fame of America Tuesday evening in Daytona Beach, Fla. 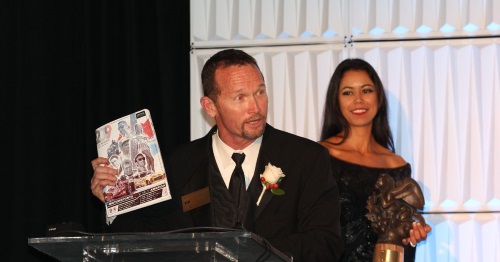 ABOUT DON SCHUMACHER RACING
Don Schumacher Racing (DSR) is the winningest team in NHRA Drag Racing history, having claimed more than 326 NHRA national event titles and 17 world championships since opening its doors in 1998.