GAINESVILLE, Fla. (March 16, 2019) – Qualifying for the 50th Amalie Motor Oil NHRA Gatornationals is complete, and Team Summit has Greg Anderson and the red Summit Racing Chevrolet Camaro in the No. 2 spot with top speed.

In a very positive turnaround from the first two races of the season, Anderson claimed bonus points in each round of qualifying, logging a total of six extra marks as one of the quickest Pro Stockers. The four-time Gainesville winner is in the hunt for the 92nd Pro Stock trophy of his career at the racetrack where he claimed milestone win No. 75 in 2015. Gainesville Raceway is also where he got the first round-win of his career, and he will be looking for round-win No. 800 on Sunday at this season’s rendition of the Gatornationals. 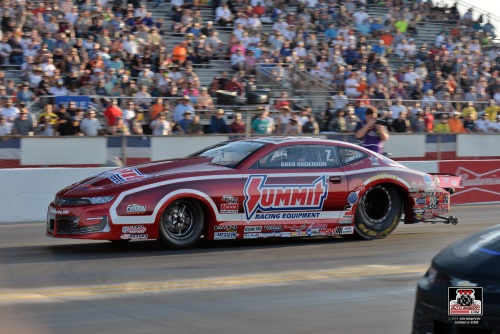 “My Summit Racing Chevy Camaro is wanting to run, the engine is wanting to run great,” said Anderson, whose best elapsed time in qualifying was a killer 6.494-second pass in the third session. “We’ve just struggled a little bit with low gear. We haven’t quite got it right, and when we do, it’s going to be fast.”

Notably, Anderson was the only Pro Stock driver out of 17 on the property to exceed 213 mph – and he did it twice. In the third session he recorded a 213.40 mph pass, and in the fourth session he improved to 213.43.

“We tested at Orlando Speed World before this race, and they did a fantastic job for us,” explained Anderson. “They were great to work with, the track was good, and I really think that test session is 100% the reason we’ve seen this turnaround with my car. We learned so much, but tomorrow is race day, and that’s when I’ve had my issues in the past. We’ll see how much we’ve gained on it. This is the best Summit Racing Chevy I’ve had in a long time, and hopefully I can get up on the wheel, go some rounds, and hoist that Gatornationals trophy at the end of the day.”

Despite three productive passes, Jason Line was a bit off in the quickest qualifying round and, thusly, will start from the No. 10 spot in his silver Summit Racing Chevy. The four-time Gatornationals victor will square off with Alex Laughlin in round one. 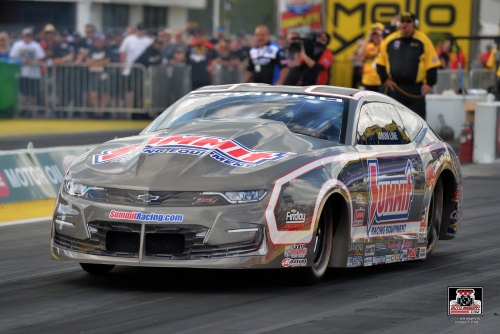 “Overall, I’m still really happy with my silver Summit Racing Chevrolet Camaro. We had a computer error in the third qualifying session – I just kind of fat-fingered the tune up a little bit,” said Line, who is going after his 51st career win in NHRA competition. The Summit Racing driver has two trophies in Stock Eliminator and 48 so far in Pro Stock. “I feel good going into tomorrow. I have a good car, and if the weather holds out, it could be a great day for Team Summit.”

If Line should reach the final round, he will have racked up 600 round wins. Only two other currently competing Pro Stock drivers have more than 600 round wins in the category: Anderson has 799 and Jeg Coughlin Jr. has 647.

Bo Butner, driver of the KB Racing-powered Jim Butner Auto Group Chevrolet Camaro, was the provisional low qualifier on Friday but ultimately landed in the No. 5 position. He is on the opposite side of the ladder from teammates Anderson and Line. Butner will race Fernando Cuadra in round one, who also competes with KB power. 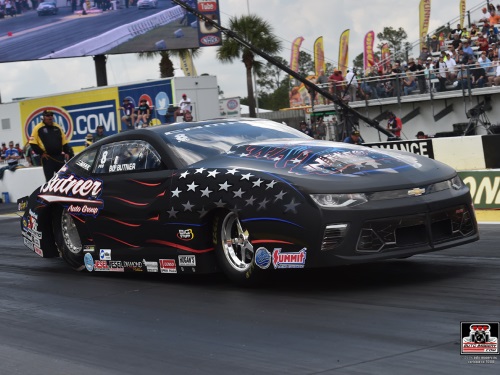 “The Jim Butner Auto Group Camaro wasn’t quite like it was yesterday, but some of the other guys made better runs, and maybe they kind of went after it,” said Butner, who has a Stock Eliminator victory in Gainesville from 2013 and was runner-up at the esteemed facility last season.

“We have a decent car, and I’m happy with the way I hit the tree so far this weekend; I’m in a good area,” Butner continued. “I think we have a chance to win. It’s just so close, and unfortunately, we have to race our teammate, Fernando Cuadra, first round. The good news is that one of us will go to the second round, and hopefully we’ll meet up with another KB Racing teammate [Deric Kramer]. I like our side of the ladder. Whenever I come in the opposite side from my buddies Greg and Jason, it’s a good week for us. I think we’re going to go a few rounds tomorrow. We’re coming to win.”

Final eliminations for the 50th Amalie Oil NHRA Gatornationals are set to begin at 11am ET on Sunday at Gainesville Raceway.

Round one opponent: Alan Prusiensky

Round one opponent: Alex Laughlin

Round one opponent: Fernando Cuadra 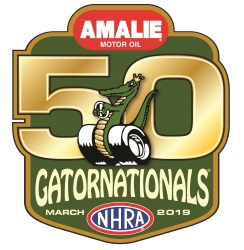 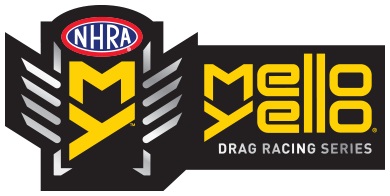