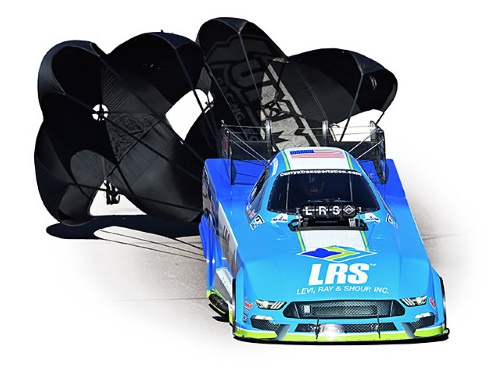 GAINESVILLE, Fla. (March 19, 2019) – Sunday at Gainesville Raceway ended on a high note for Tim Wilkerson and the Levi, Ray and Shoup Ford Mustang nitro Funny Car team. The Springfield, Illinois-based group had a well-prepared car for raceday at the 50th Amalie Motor Oil NHRA Gatornationals, made a series of good decisions, and landed in the final round for the first time this season.

Their efforts over the course of the weekend resulted in a move well into the top 10 in NHRA’s Mello Yello Drag Racing Series standings. Wilkerson was No. 11 entering eliminations and was No. 6 when he left the racetrack.

“Our Levi, Ray and Shoup Ford Mustang is responding well, and the crew is working really well,” said Wilkerson. “It’s been a pretty good day. We had Dick Levi and a whole group from Diversified Yacht Services here this weekend, so this was really a lot of fun for them and for us.”

Starting from the No. 2 position based on very strong final qualifying pass of 3.875-second at 327.27 mph, Wilkerson came up against Dave Richards in the first round. Both drivers were up in smoke and battled it out to the finish line stripe, but Wilkerson got his nitro machine calmed enough to claim a 4.759, 231.48 victory over a 5.240, 213.43. 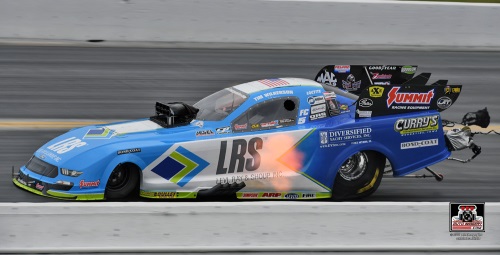 “First round, it was just too weak,” explained Wilkerson. “I was talking myself into going down the racetrack, and that about cost me the round. I needed to not do that again, so we didn’t.”

“We keep poking the bear, maybe one of these days he’ll turn around and run instead of biting us – that darn Robert Hight, Jimmy Prock, and Chris Cunningham,” said Wilkerson of his opponent and his crew chiefs. “That’s the way it goes, but we’ll stay positive. We’re optimistic about how the car is running, and it’ll be interesting to see how it goes in different conditions. We’ll see if I can pull the monster back because it’s fast.”

What’s Next
The next nitro event on the 2019 NHRA Mello Yello Drag Racing Series tour will be the DENSO Spark Plugs NHRA Four-Wide Nationals in Las Vegas, March 14-17.

Position in standings following event: No. 6