Salinas, CA (March 31, 2019) – This was another great weekend for ST Racing as they scored two more podiums during Rounds 3 and 4 of the Pirelli GT4 America SprintX West Championship at one of the most picturesque circuits on the West Coast. The WeatherTech Raceway at Laguna Seca is definitely everyone’s favorite place to go racing. Both GT4 America races were scheduled on Friday to accommodate the California 8 Hour Intercontinental GT Challenge Powered by Pirelli weekend. 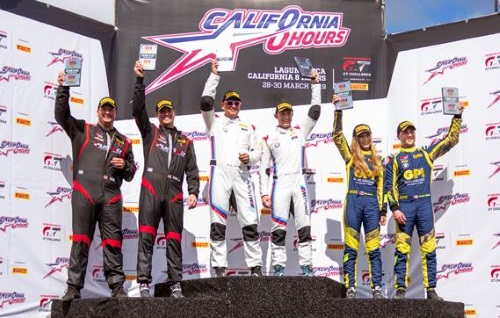 After a light rainfall Thursday night, the track presented low grip for the first GT4 America race on Friday morning. However, the field of cars made it through Turn One without any problems, and put on a great show. ST Racing’s Samantha Tan started the race in 9th position, and had a solid run as she improved her times with every lap, before handing over the #38 BMW M4 GT4 to her co-driver Jason Wolfe.

“When we first went out this morning, it was damp” commented Tan. “There were a few puddles in Turns 3 and 4, so I avoided those. I know I could have driven faster if I’d ran the curbing, but I was playing it safe so I could bring back the car for Jason. Overall, I did really well this session, I ran my fastest lap. I was only a second slower than the fast car. I’m really proud of myself. I’m moving in the right direction, and oh yes, we were on podium” she added, laughing.

Jason Wolfe was pumped to bring his #38 machine home to a 3rd place podium finish for the Pro-Am class. He was all smiles as he talked about his race and his teammate. “The start of the race was good” said Wolfe. “Sam kept it up there, she was able to run a consistent pace, and that made it easier for me to catch up to the pack. The car ran really well and we were able to catch a few positions on the re-start, but I lost the front at one point and wasn’t able to get by the Audi that was in front of me. But, I’m pretty happy with the car and our podium, and I’m looking forward to doing it again this afternoon.”

Meanwhile, Jon Miller was exciting to watch as he drove his #28 ST Racing BMW M4 GT4 aggressively right from the start and made a great pass at Turn 11 moving up from 4th place to 2nd on the very first lap. Miller lost a position later when car #91 of Vesko Kozarov passed him on the last turn before pitting for the half-time driver change.

On Lap 17, both Wolfe and Miller’s co-driver Harry Gottsacker were charging to the front amid all the slicing and dicing that was going on. By Lap 27, Wolfe was in 5th place and Gottsacker had moved all the way up to 2nd place, when the Series officials ruled that car #28 had left the pits too early during the driver change. Gottsacker didn’t waste any time, he drove straight into the pits to serve the drive-thru penalty and just moments later, a full-course caution was brought out because of a car that was stopped on track. Whether it was the Team’s strategy to have him come in right away, or just perfect timing, it worked in Gottsacker’s favor as he was able to catch up to the field during the yellow flag. Two laps later, the race went green and the 19-year old Texan started working his way up again and finished in 5th place.

Well, it wasn’t the race we expected” said Gottsacker. ”We had issues in the first part of the race that I’m not quite sure what happened. And then, we were a little too quick on our pitstop, which forced us to do a drive-thru unfortunately, but it kind of worked out at the same time, because we got in right before a yellow came out, so we were able to get out in time and still be within the fight. From then on, it was a question of staying clean and finishing the race, so we could move on to race two.” 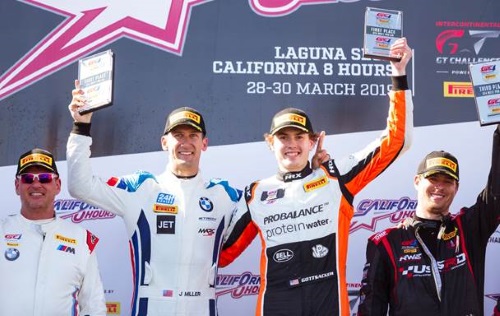 By Friday afternoon, the temperatures were in the mid-60’s, and the second race was underway under sunny skies with ST Racing cars #38 and 28 starting P2 and P3 respectively. As soon as the green flag flew, all the cars bunched up together going through Turn One, but it was a great start with some good clean racing.

On the very first lap, Jason Wolfe (#38 car) recorded the Fast Lap of the race at 1:32.5, and held it to the end, while Harry Gottsacker (#28 car) showed some smooth driving throughout his run. When Gottsacker came into the pits for the driver-change on Lap 16, Jon Miller jumped into the #28 car and started passing cars, one by one, and by Lap 23, he was running in 2nd place. Miller was unstoppable. Once again, he displayed some great driving skills and showed what he was capable of when he passed the lead car #19 of Sean Quinlan for 1st place minutes before the checker flag, and claimed another victory for ST Racing.

Harry Gottsacker was quite proud of his co-driver as he commented at the end of the race: “Wow, what a great rebound for ST Racing and myself and Jon Miller. He absolutely drove the wheels off that thing in the second half of that race. I did my job at the beginning of the race, and Jon did the rest. I was glad that the adjustments we made to the car worked exactly as we wanted them to. It was just a great day.”

“That was some of the most fun racing I’ve done in a while!” exclaimed Jon Miller. “Harry took great care of the car and handed it over to me with enough tire left to charge hard for the last half of the race. The track surface here is really hard on tires. We made some setup changes and adapted our driving to deal with the higher than average degradation and it paid off.”

“After this morning’s pit penalty in this morning’s race, I was determined to get a good result ” added Miller. “WeatherTech Raceway Laguna Seca is a fantastic track and a joy to drive, but it doesn’t necessarily suit our BMW M4 as much as some of the smaller, lighter cars and it isn’t always easy to pass here. Everyone in this field raced me hard and clean, in both races and you can’t ask for more than that. I’m thrilled to score good points, get another class win and an overall win for ST Racing and BMW.”

Jason Wolfe held on to his 2nd place during his full stint, and when Samantha Tan took over at half-time, it was obvious that her coach Nic Jonnson’s training had elevated her level of performance on track, as she was having a solid run with the top three cars for quite a few laps. Unfortunately, the Officials requested that car #38 do a drive-thru because of an earlier pitlane speed violation by her co-driver. Even though Tan fell a lap down, she stayed focused and kept driving and finished 9th overall, and 4th in class. Jason Wolfe’s Fast Lap of the Race earned him the Quick SHYFTR Award. 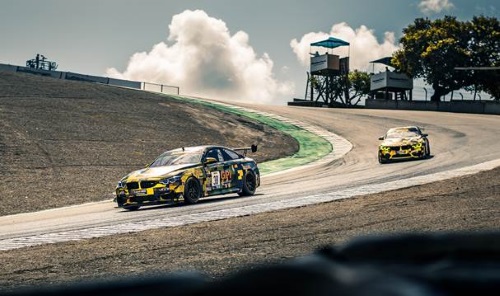 Both Jason Wolfe and Samantha Tan were philosophical in their comments at the end of the day.

“Our weekend at Laguna had its ups and down” said Wolfe, “but I think we came away with an overall great outcome. Sam did a great job building pace and staying consistent. Seeing her progress throughout the past two weekends gives me a great feeling for our future endeavors. Personally, I think we also made progress with the car, going in a different direction than we did at COTA, and it was definitely the right move. I learned some nuances with driving this particular car, and it’s always a good time coming back to Laguna.”

For Samantha, Race 2 was a bit of a roller coaster. “Jason was amazing” she said. “He had fastest lap throughout the entire race. He kept up with the first-place car for the whole race and gapped everyone else. When I got in the car, the tires started falling off pretty quickly, so I was fighting at almost every corner. Then, about 2-3 laps in, I got a call on the radio saying we had a drive-thru penalty. I was really looking forward to racing with the Ginetta because we were really close in qualifying. I know we would have had a good battle together, but unfortunately, I had to do that drive-thru penalty. At that point, I tried to work on the things my coach taught me, and get the best out of the session. Overall, I think it was a pretty good weekend for ST Racing. We got a podium and our sister car got a win. And, I’m sure we won’t make the same mistakes next race, or the rest of the season.”

Be sure to join us for the next Pirelli GT4 America West SprintX event on June 7-9 at Sonoma Raceway.

With more than 25 years’ experience at the forefront of a continuously evolving industry, SRO Motorsports Group is the established international leader in GT racing. Best known for the development and implementation of the GT3 and GT4 regulations, SRO promotes and organizes championships that embrace professional and amateur competitors. Its portfolio of highly regarded series spans Europe, America and Asia, while its flagship Intercontinental GT Challenge contests events on five different continents.

The 2019 the season will see more than 100 races run under the SRO Motorsports Group banner, highlighted by the prestigious Total 24 Hours of Spa. In addition to promotion and organisation, the company operates SRO Race Centre by MMC – a high-level technical centre at Circuit Paul Ricard – and provides the ultimate driving opportunities on world-renowned facilities through Curbstone Track Events.

SRO Motorsports Group is chaired by company founder and CEO Stephane Ratel. With offices in London, Paris, Liège, Hong Kong and Austin, its work is facilitated by a dedicated global team of full-time and freelance staff. 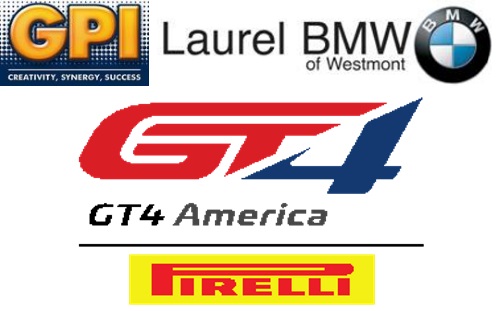