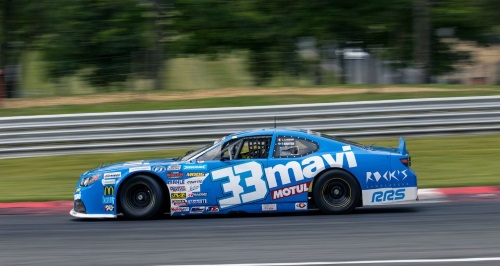 German team Mishumotors will expand to two cars for the 2019 season, fielding an ambitious lineup in the two divisions of the NASCAR Whelen Euro Series. Sure title contender Lucas Lasserre will share the #33 Tigha Chevrolet with Ben Creanor, Mirco Schultis will drive the #70 Chevrolet in ELITE 2 and will be joined by NASCAR legend Bobby Labonte for the Valencia season opener.

Third in points in the ELITE 1 Division with one win and 6 top-5s at the end of a fantastic season in 2018, Lucas Lasserre will enter the 2019 edition of the European NASCAR Championship with the title as his main goal.

“It is simply fantastic to be back with Mishumotors and to see the team field two cars. This year will have many changes to work on and it will be be very important to stay calm and work well, step by step, to enter the playoffs in the best possible position,” said the 2010 NWES Champion. “I would like to thank the entire Mishumotors team. In the last couple of weeks they worked like crazy and I deeply thank them. I’m really proud to be part of this team and I will push as hard as I can all season. A big welcome to Tigha as our #33 Main partner. I’m excited to start our collaboration and I’m sure we will be successful. With Mirco Schultis we worked hard together this winter to put all our organisation together, it was difficult at times, but we found a solution and I can’t thank him enough for it.”

Sharing the #33 Chevrolet Camaro with Lasserre will be Scottish rookie Ben Creanor. At 16 years and 30 days of age, the Dunfermline native will become the youngest driver to take part in a NWES race after being selected for Euro NASCAR’s Drivers Recruitment Program.

“I’m delighted to join a team with such success and the will to better themselves. I think Mishumotors is the perfect place to start my NWES career. Lucas, my teammate, is doing a lot already to help me and we’re not even at Valencia yet. I really can’t wait to get in the car and start my career in such a great environment,” said Creanor.

After racing a partial schedule in 2018, team owner Mirco Schultis will return full-time to the NASCAR Whelen Euro Series at the wheel of his #70 Chevrolet SS. The German driver will compete for the Legend Trophy in the ELITE 2 Division and share the car with NASCAR Hall Of Fame nominee Bobby Labonte in Spain.

“After last year’s excellent results, we invested a lot in the team and took a big step forward. NWES is growing at a very fast pace and this season is going to be a great challenge,” said Schultis. “I want to go out and have great fun, but of course after finishing second in 2017 and winning the four races I took part in last year, I want to win the Legend Trophy.”

Mishumotors will be supported by a plethora of sponsors with Motul, WorkshopItaly, RRS Rock’s Sunglasses and Truc de Fou among others.

The NASCAR Whelen Euro Series season will begin this weekend in Spain at the Circuit Ricardo Tormo with four exciting races in two days. All races will be streamed live on Fanschoice.tv, EuroNASCAR.com, the NWES Youtube Channel and Facebook page and on Motorsport.tv. 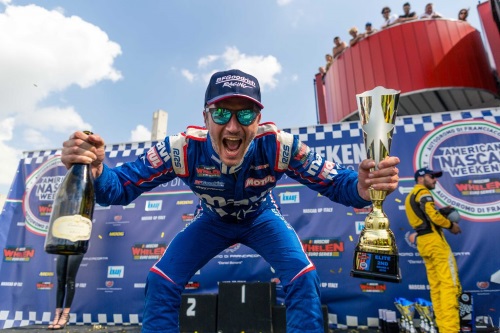 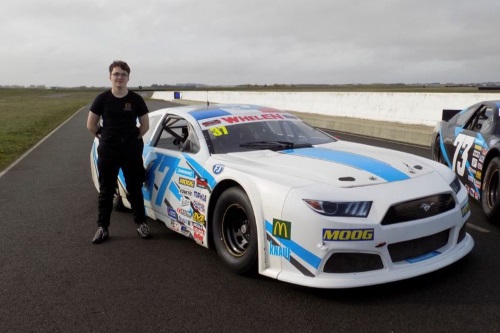 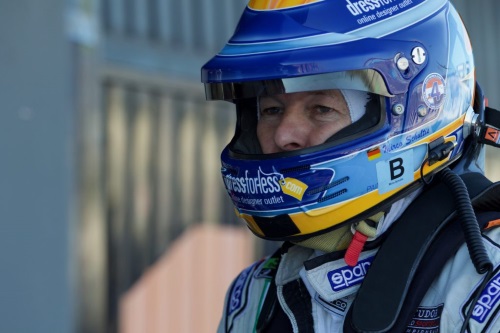 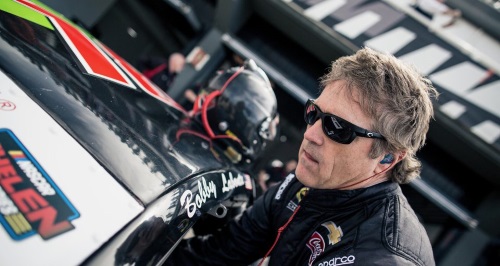 NASCAR legend and 2000 NASCAR Cup Series Champion Bobby Labonte will be back behind the wheel of a Euro NASCAR car this weekend at Valencia, Spain for the 2019 NWES season opener. Labonte will drive the #70 Mishumotors Chevrolet SS in the ELITE 1 Division for the German team, sharing the car with team owner Mirco Schultis.

“The racing is really good and the competition is getting stronger every year in the NASCAR Whelen Euro Series so I am excited to get back in the car at the GP of Spain. Last year’s race in Valencia was pretty intense, especially in turn one. We had some great door-to-door battles along the way and it will be great to take what we learned last year and drive there for the second time,”said the NASCAR Hall Of Fame nominee of the opportunity to return to the European NASCAR Series on April 13-14. “More and more European fans are discovering the special atmosphere of the Euro NASCAR events and it will be great to meet them again in Valencia this weekend.”

It will be the second start at the Spanish 4-km road course for Labonte, who raced full-time in the NASCAR Whelen Euro Series in 2018 finishing 14th in points with 1 top-5 and 4 top-10s. At Tours in France, in what was his first outing on a European short track, the Corpus Christi native grabbed his first NWES podium finish under the checkered flag at the end of a breathtaking bumper-to-bumper battle for the win. Labonte’s Euro NASCAR participation in 2018 contributed to another year of huge growth for the European Series, which will start the upcoming season with 33 cars on the grid in Spain.

The first ever NASCAR driver to win a championship both in the NASCAR Cup Series and in the NASCAR Xfinity Series, Labonte won 21 races at the highest level of NASCAR in the United States, conquering some of NASCAR’s crown jewels like the Coca-Cola 600 at Charlotte, the Southern 500 at Darlington and the Brickyard 400 at Indianapolis. 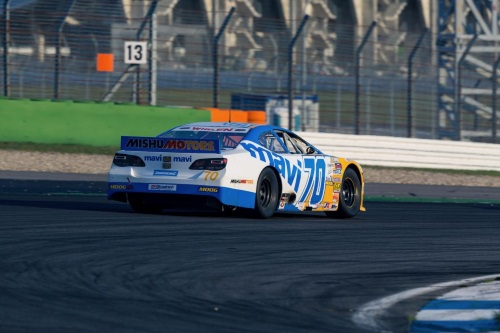