MORRISON, Colo. (July 21, 2019) — Robert Hight and the Automobile Club of Southern California Chevy Camaro SS team secured the No. 1 qualifying spot Saturday at the Dodge Mile-High NHRA Nationals presented by Pennzoil at Bandimere Speedway. After a rain delayed afternoon that created ideal track conditions for the two-time Funny Car world champion, Hight powered his Auto Club Chevy Camaro to its seventh No. 1 qualifier of the 2019 NHRA Mello Yello Drag Racing season and third at the facility. John Force and the PEAK Coolant and Motor Oil team will start race day from No. 6, and in Top Fuel, Brittany Force and her Carquest Brakes dragster jumped to No. 4, and Austin Prock with Montana Brand / Rocky Mountain Twist are in the No. 9 spot.

After a drawn out second day of qualifying at Bandimere Speedway, Hight and the Auto Club team, who had yet to make a clean pass down track, laid down an impressive 3.976-second run at 326.16 mph with header flames lit to take hold of the No. 1 qualifying position. With two pairs of Funny Cars left, including the Camaro of teammate John Force, Hight essentially wiped his slate, which was riddled with 4.380, 4.145 and 6.487-second passes from the previous qualifying rounds, clean to catapult from the eighth position to No. 1. While giving his top-end interview, the weather that all day threatened Saturday qualifying at the 40th running of the Mile-High Nationals, finally won out. The remaining four Funny Cars would miss the opportunity to make their final qualifying runs allowing Hight to start race day from No. 1 and, more importantly, with a bye run.

“We came in here testing some stuff yesterday and the two runs we had, had different parts on and didn’t go well so we had to throw that out. Then the first run today, we missed it and you know, I’m glad NHRA and the fans stuck this out so we could make another run. You don’t want to go into race day not getting down the track so that was big for us but I’ll be honest, I don’t know if that would have stuck. The last four cars were pretty good and they were probably in a better position to step up than we were,” Hight said. “It can be tough running up here at altitude, but we’ve had a lot of good luck up here but it’s an equalizer. It’s hard to make power and everybody runs very similar so you’ve got to race good. I think the weather is going to be a little cooler tomorrow so I’m excited about that. You know, if you’re going to be No. 1, it’s good to do it when there’s only 15 cars.”

Brittany Force and the Carquest Brakes Top Fuel team jumped six spots through Saturday’s qualifying at Bandimere Speedway. Force started her day with a 3.976-second pass at 310.70 mph to move from No. 10 to No. 8, but the real improvement came during the night session when the 2017 Top Fuel world champion handled her David Grubnic and Mac Savage tuned dragster to a 3.831-second pass at 284.81 mph to secure the No. 4 qualifying spot. Force will go head-to-head with Mike Salinas in round one at Bandimere Speedway.

“Coming into qualifying today we made some decent passes, ran an .83 and moved into the No. 4 so we’re looking for a long day tomorrow and get this Carquest Brakes team in the winner’s circle,” said Force. “It’s a challenge here on the Mountain but it’s a challenge for all the teams, you really have to completely tune the car differently coming into this weekend, but it’s the challenge and its one that we’ll take.”

Chasing his 150th NHRA career victory, John Force and the PEAK Coolant and Motor Oil Chevy Camaro team will start race day from the No. 6 spot off their 4.051-second pass at 305.70 mph from Friday night. Mother Nature denied crew chiefs Brian Corradi and Danny Hood their final opportunity to put on a night qualifying show for the Bandimere Speedway fans. Just before starting their 11,000-horsepower hot rod for the fourth session, rain, which had given the event trouble all day, picked up and forced NHRA officials to call it a night. The 16-time Funny Car world champion is set to face the reigning Funny Car world champion J.R. Todd in the first round Sunday.

“Robert got lucky when we couldn’t run but it’s good to see the Auto Club Chevrolet pull it out. Everybody at NHRA, all of them worked hard in this weather at Bandimere and so did we. We’ll see where it goes and see if we can get this PEAK team in the winner’s circle,” said Force. “Brittany with Carquest, and Austin and Montana Brand / Rocky Mountain Twist are in tomorrow too, so I’m hoping we all go some rounds tomorrow.”

Rookie of the Year candidate, Austin Prock and the Montana Brand / Rocky Mountain Twist team made a clean 3.898-second pass at 320.13 mph in the third qualifying round that would secure them the No. 9 position. In a competitive night session, Prock kept things consistent to lay down a 3.884-second pass at 318.32 mph. The first-year driver is set to face Richie Crampton in the first round of eliminations.
“This Montana Brand / Rocky Mountain Twist team made two decent passes today. In Q3, we were fifth quickest and, in that last session, we slowed down a little more than we wanted to but still got down there,” said Prock. “We have a good first-round matchup racing Richie Crampton who we’re fighting to stay in the top 10 with, so hopefully we can knock him out and go some rounds tomorrow and have a good day.” 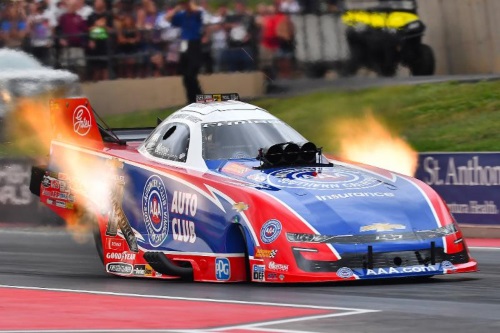 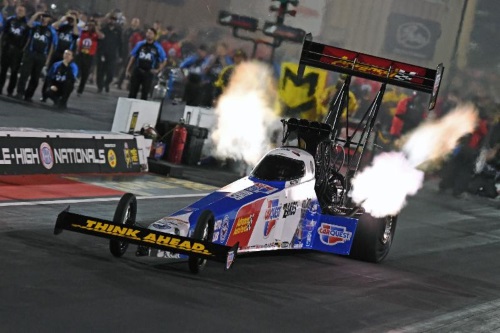 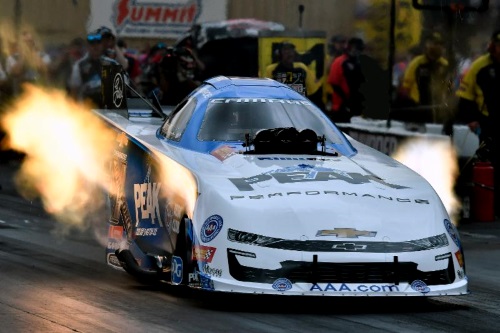 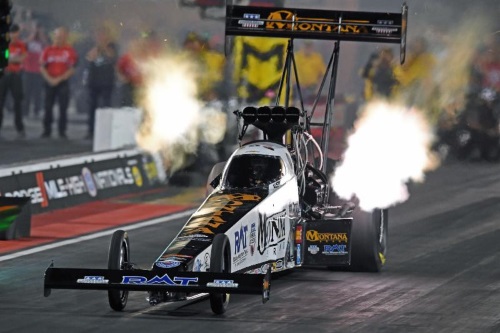