KENT, Wash. (July 30, 2019) – Finding success at the final race of the famed three-race NHRA Mello Yello Drag Racing Series Western Swing can be a difficult task, as the physical and mental rigors of three straight races add up. But that hasn’t been the case lately for Antron Brown and his talented Top Fuel team at Pacific Raceways, which is the site of this weekend’s 32nd annual Magic Dry Organic Absorbent NHRA Northwest Nationals.

Brown has finished the Western Swing with a victory in Seattle the past three years, putting together a number of impressive performances in his 11,000-horsepower Matco Tools dragster. The three-time world champ would like to add a fourth straight Seattle win this weekend, which would also give him his first victory since last year’s race at Pacific Raceways. It would be a perfect primer for the upcoming Mello Yello Countdown to the Championship, and Brown feels like his team is ready to thrive once again.

“We have a marathon team,” Brown said. “The more back-to-back races we have and the harder and tougher it gets, the more our guys really dig in. Seattle is the end of the Swing and we always look forward to going there. It’s a sea-level track, it gets a little warm and it’s one of those places that really suits the way we like to race. The track can get a little tricky with the sun on it, but we always seem to navigate it well and we have plenty of notes we can look back on. We can really make our car perform at the level it needs to be.”

Brown (Top Fuel), Ron Capps (Funny Car) and Tanner Gray (Pro Stock) were last year’s winners of the event that will be televised on FOX Sports 1 and the FOX national broadcast network, including live final eliminations on FOX starting at 4 p.m. (ET) on Sunday, Aug. 4. Sitting in the shadows of majestic Mount Rainier and surrounded by towering tree, it marks the 16th of 24 races during the 2019 season. For Brown, he hopes it provides a building block for the rest of the year.

His team has been close to a victory all season and Brown currently sits second in points, a nod to the consistency they’ve had this year. There’s no catching points leader and defending world champ Steve Torrence in the regular season, but Brown, who earned his 500th career round win on Sunday in Sonoma, is eager to get back to the winner’s circle.

“We’ve been growing and growing, but it’s going to take everything we’ve got for all of our hard work to finally come to fruition at Seattle,” Brown said. “I think that’s why we always do well there, because we know that’s the race where the switch always has to be on. It’s got to come on by then. We’ve got to race hard to win every round from here on out and finish strong.”

Brown, who has 66 career NHRA wins, has two finals appearances in 2019, but he’s ready to raise his game to finish off the Western Swing. He’ll have to get past the likes of Torrence, Brittany Force, Clay Millican, Terry McMillen, Doug Kalitta, Leah Pritchett and Richie Crampton to earn his fifth career Seattle victory, which would tie him with Joe Amato for the most in Top Fuel history, but Brown knows precisely what it will take to find success in Seattle. 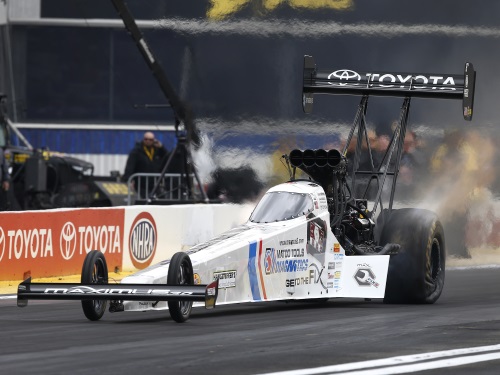 “It’ll take a lot of hard work to win Seattle,” Brown said. “At the end of the day, our car and our combination has definitely come around. We have a really good engine combination now and our clutch is definitely where it needs to be. I think we’re going to be peaking at the right time. Seattle will be a great place to come out with a win because it really sets in motion everything that we need to do going into Brainerd and the U.S. Nationals, our biggest race of the year.”

In Pro Stock, Greg Anderson will have a chance to sweep the Western Swing with a victory. He accomplished that in 2004, and is the only driver in the class to ever do it. Trying to stop him will be the likes of points leader Bo Butner, Alex Laughlin, Deric Kramer and Matt Hartford.

NHRA fans can take part in the Mello Yello Walking Tour to see the cars and teams hard at work in the pits. Fans can also attend Nitro School to learn how the cars operate and reach their thrilling speeds. Pacific Raceways will host a Mello Yello autograph session and allow fans to meet their favorite drivers as well as the Cruising with Castello Sealmaster Track Walk hosted by NHRA announcer Joe Castello. Another can’t-miss experience is the winner’s circle celebration on Sunday after racing concludes. NHRA fans are invited to congratulate the winners of the event as they celebrate their Magic Dry Organic Absorbent NHRA Northwest Nationals victories. 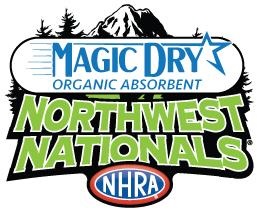 WHEN: Friday through Sunday, Aug 2-4