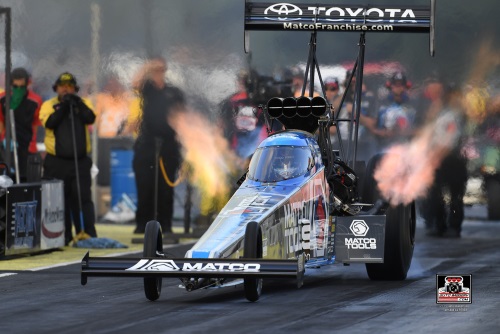 The Competition: No. 6 Richie Crampton

Quotable:
“I’m feeling good. Tomorrow is going to be hotter than today by probably ten degrees, so we’re in a good place where we know we can make some good, consistent laps in the heat. The car is repeating itself. We planned to run a little better in Q4, it didn’t run exactly how we wanted it to, but we’re going to keep working on it. We have a tough first-round matchup tomorrow, but I feel good about where we’re at right now. We made two consistently good laps down the track today.” 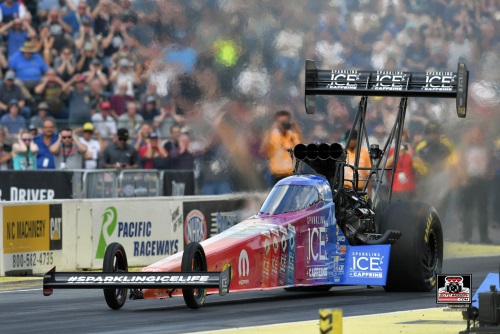 The Competition: No. 12 Austin Prock

Quotable:
“We definitely put the caffeine and a little bit of sparkle to our qualifying effort. This Sparkling Ice +Caffeine team really amped it up for Q4, especially given the conditions. It was very impressive. Race day is going to be good, and it’s going to be tough. We don’t take any competition lightly. We had a good drag race against Austin Prock last week in Sonoma in round one, and we expect to have different results tomorrow and start off with a win light.

“There’s a lot of energy here at Pacific Raceways, the fans are amazing, we’ve had good success at this track. I’ve won a Wally here before in another division, and this team is ready to end the Swing by swinging big.” 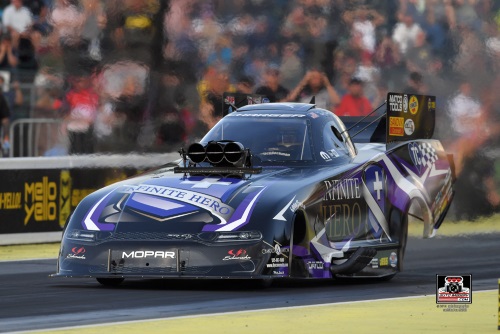 The Competition: No. 9 Tommy Johnson Jr.

Quotable:
“We ran Q4 a little bit later than scheduled, and it was still a warm track, but it’s a good track. Whatever NHRA is doing for the preparation now is superior all-around to what we’ve seen for the last year. It’s a better show for the fans, we can lean on our cars, and it’s good for everybody. This Infinite Hero Foundation team is ready to turn on four win lights tomorrow.” 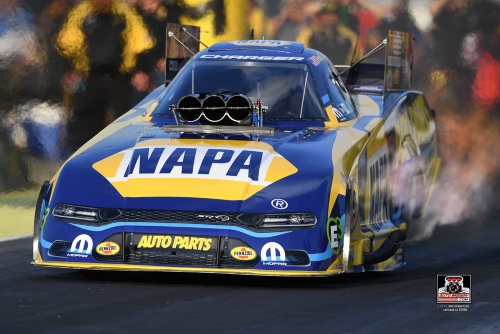 The Competition: No. 10 Tim Wilkerson

Quotable:
“It’s tough because the crew chiefs set everything up for Q4, and then we go up to the staging lanes and wait and wait and wait. But, we went down the track. We made a great pass in Q3. Q4 wasn’t quite what we wanted, but we did go from A to Z. Once again, we have a consistent, great-running NAPA AUTO PARTS car and I think we’re going to see conditions tomorrow like we saw today. These NAPA AutoCare Center guys will have a great race car for me tomorrow like they always do.” 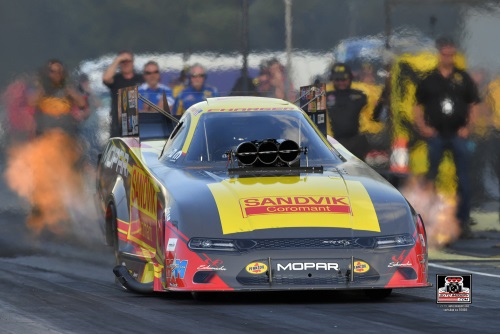 The Competition: No. 14 Gary Densham

Quotable:
“We changed some stuff up this weekend, and it’s been a little bit of an adjustment getting used to it as a driver. I’m getting used to changing my routine when I’m in the car, how I’m staging. It’s all about adaptability. The car is running good, the clutch is working well, and we’re just going to be on top of it on race day.” 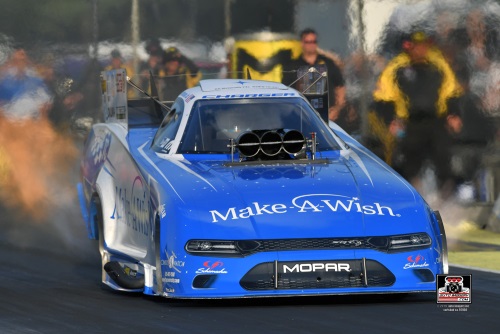 The Competition: No. 8 Jack Beckman

Quotable:
“We didn’t have our normal qualifying this weekend. We did a little bit of experimenting. We were in the show after Q1, and we’re getting close to the Countdown, so the guys were trying some stuff. It didn’t work so we went back to our normal setup for Q4, and we’re right in the hunt of things. I feel confident going into tomorrow; we have our race car back and need to go some rounds and put some more pressure on.”