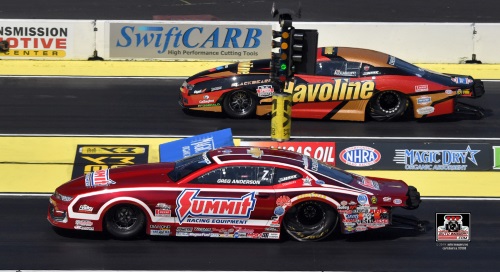 KENT, Wash. (August 4, 2019) – History was made on Sunday at the Magic Dry Organic Absorbent NHRA Northwest Nationals when Team Chevy’s John Force earned his 150th Funny Car win, and fellow Chevrolet driver Greg Anderson was nearly part of the fanfare with a milestone of his own. Driving the red Summit Racing Chevrolet Camaro, Anderson was just one win light short of sweeping the Western Swing for the second time in his career, a feat no professional driver has ever accomplished.

“I felt the Gods were with me today, that the stars were aligned,” said Anderson, who reached the 156th final round of his career and was hoping for a repeat of 2004, when he last swept the Swing. “I had great confidence that I could cut a light and great confidence in my car. I really felt I was going to win that race, but I didn’t. But that’s NHRA Pro Stock at its best right there. You just never know what’s going to happen.”

Anderson qualified in the No. 6 position and defeated young Fernando Cuadra Jr., who is also powered by Ken Black’s KB Racing franchise, in a real nail-biter with a margin of victory of just .006-second. From there, he used the quickest run of the second round to eliminate Erica Enders, and then made the quickest run of the semifinals to oust Alex Laughlin and earn a ticket to the final for the third consecutive weekend and fourth time this season.

“I feel great about my Summit Racing Chevy,” said Anderson, who has 93 national event wins on his scorecard – the second-most ever in the Pro Stock category and just four behind all-time win-leader Warren Johnson.

“I’ve talked about it all year long, that we’ve struggled on Sundays with my car,” Anderson continued. “It didn’t struggle one little bit today; it was happy all day long. This has done wonders for me. I was starting to wonder if I still had what it takes to win out here. I completely answered that for myself. I know we can, and I know we will. I don’t fear the rest of the season. It’s going to be one heck of a Countdown.”

Jason Line, driving the silver Summit Racing Chevrolet Camaro, had one of the bst cars on the property in qualifying. Line gathered bonus points as one of the quickest cars in each round and came into raceday qualified in the No. 4 position. In the first round, he blasted past a tire smoking Val Smeland, then was sent home by KB Racing-powered Deric Kramer in round two after rattling the tires and shutting off.

“We ran well this weekend, we just didn’t do a great job today racing,” said Line, who is now No. 5 in the Pro Stock points. “Timing is everything though, and the first part of the year really doesn’t mean a whole lot. It’s nice to be good at the start of the year, but being good at the end of the year is what matters with the playoff-style format. All-in-all, this weekend was good. A little bit of a disappointing day, but we have good stuff. Right now, it’s tough. Everybody is good, and to put together four great runs to win a race is no small feat.”

Butner retains the points lead, despite suffering a painful first-round loss in which he nearly matched Hartford but came up just short.

“I’m ready to get back home and back to normal life,” said Butner. “I know our Chevy Camaro is good, I just need to do a better job of qualifying and driving. I missed it, and that makes a big difference. Everybody in the class has caught up. There is no dominant car. That leaves it up to the driver, so that’s what we’re going to be working on.”

The next event on the 2019 NHRA Mello Yello Drag Racing Series tour will be the Lucas Oil NHRA Nationals at Brainerd International Raceway, August 15-18. 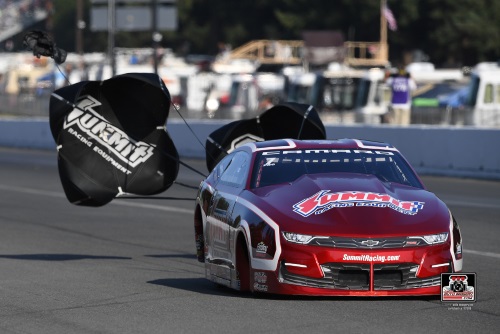 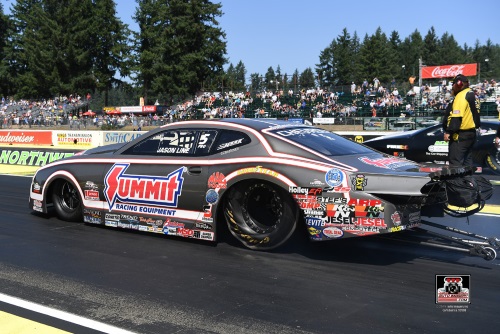 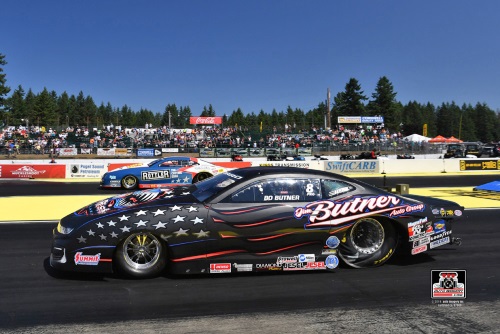 Join the conversation by using #NorthwestNats on social media