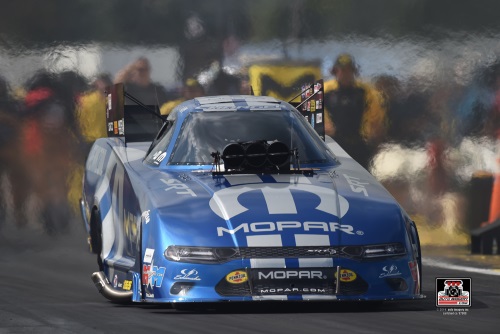 BRAINERD, Minn. (August 17, 2019) – Matt Hagan maintained his position atop of the Funny Car board and will start race day at Brainerd International Raceway from the No. 1 spot.

The driver of the MOPAR Dodge Charger SRT Hellcat Widebody Funny Car captured the pole when he blasted to a 3.890-second pass during Friday’s second qualifying session. The stout lap was the only sub-3.9-second Funny Car E.T. of the weekend, and his speed of 328.46-mph held up to be the fastest of the floppers.

Prior to powering to the head of the pack, Hagan kicked off his Brainerd weekend with a solid 4.004 E.T., the third-quickest run of the session. He and his Dickie Venables-guided team maintained their performance on Saturday when Hagan posted a 4.000-second E.T. in Q3.

“Everything is coming together for our team,” said the Countdown contender who officially clinched his spot to compete for the 2019 Mello Yello Funny Car world championship during qualifying. “This MOPAR Dodge is really running strong. The No. 1 spot is great, but we’ve got to focus on race day. We’ve got a good setup for the heat, and I feel really confident in this combination. Anything can happen; track conditions change all the time. We’re going to try and keep lane choice all day and focus on turning on four win lights, and hopefully, we’ll finish the day holding another Wally.”

The two-time Funny Car world champion will start from the pole for the 35th time in his career as he seeks his third victory this season. Hagan, a two-time Brainerd International Raceway runner-up, will begin his campaign for his first Brainerd victory with a first-round matchup against No. 16 qualifier Dale Creasy Jr. 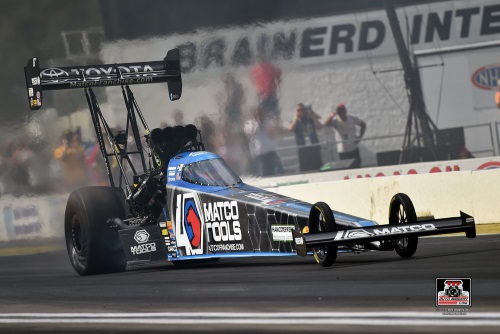 The Competition: No. 5 Billy Torrence

Quotable:
“It’s going to be a really good first-round matchup. Billy (Torrence) and I raced in the final round here last year. We definitely owe Billy and that whole Capco crew one. They’ve raced us hard. We’re getting it back together, and we’re going to give it a really good shot tomorrow. I’m looking forward to race day. The conditions are going to change tremendously. It’s going to be a whole new ballgame tomorrow, and I’ve got all of the confidence in the world in my Matco Tools Toyota Top Fuel team.” 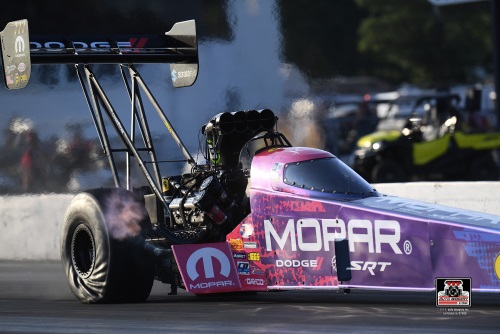 The Competition: No. 13 Kyle Wurtzel

Quotable:
“Tomorrow is going to be a whole new playing field for everybody. After two days of qualifying, we’ve learned a lot. It’s been a moment since we’ve had a good Q2 run which sets the field for Sunday. When we ran that 3.75 in Q2, we were able to pick away at our tune-up today knowing that the conditions tomorrow will be so different than they were today. We had a unique opportunity today to try some new, wholesale changes to get us ready for tomorrow and beyond. The momentum we have right now is great. I feel good about tomorrow; the team feels good. We’re moving in the right direction, and that’s propelling us into what we hope and expect to be an awesome day tomorrow.” 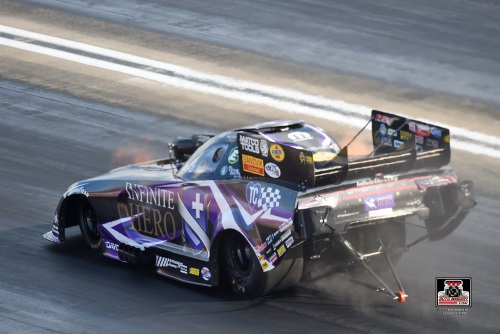 Quotable:
“It’s time to put this Infinite Hero Foundation Dodge Charger SRT Hellcat back in the winner’s circle. We’ve got a car that’s good enough to win; a team that’s great enough to win the championship. We just need to win a race, and I’d love to do that tomorrow.” 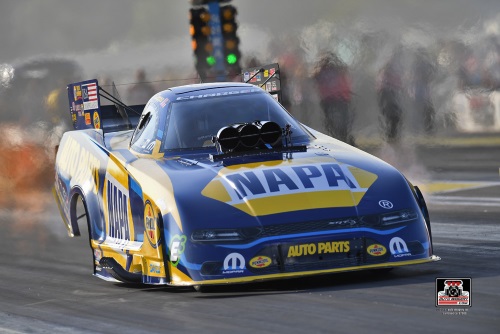 Quotable:
“That first run on Friday really kind of starts the weekend off and we didn’t make it down. That just kind of set the pace. We made it down the track every run after that, and that’s always a good thing for (crew chief) Rahn Tobler and getting data, but we’ll see what happens tomorrow.” 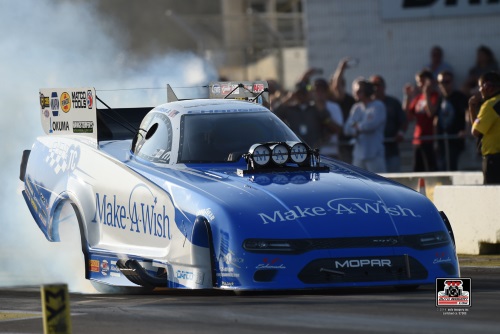 The Competition: No. 12 Tim Wilkerson

Quotable:
“We had a brand-new car coming into this race. Too bad we had a little bit of the ‘new car blues’ during the night qualifying session because I think we would’ve had a shot at No. 1, but we had a solid comeback today. We made two really good runs in the heat. It’s unfortunate the weather isn’t forecasted to be this way tomorrow, so I hope the weatherman is wrong.”