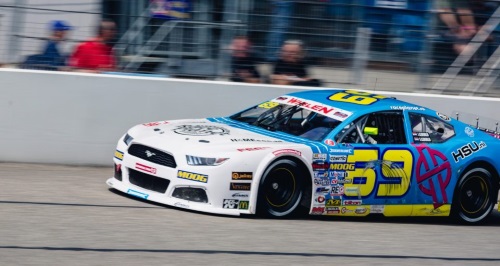 (AUGUST 19, 2019) – When the NWES playoffs will start on September 21-22 at the Hockenheimring, 69-year old racing icon Michael Bleekemolen will lead the Legend Trophy, the classification for drivers aged 40 and older. The Dutchman, who is also a rookie in Euro NASCAR, has an eleven-point margin on Ian Eric Waden and a thirteen-point one on Mirco Schultis. 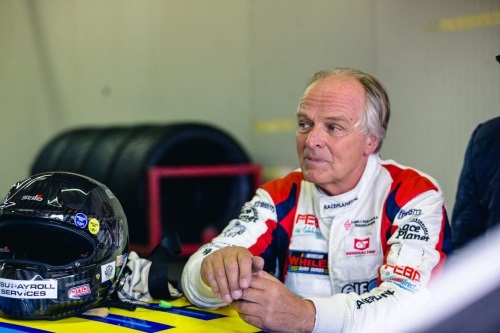 Bleekemolen grabbed his first ever Legend Trophy win in ELITE 2 Round 5 at the Indy Circuit of Brands Hatch. In the regular season he scored three top-10 finishes and a second Legend Trophy win at Raceway Venray.

“I am really excited with the championship and I want to be the Legend Trophy champion at the end,” said the 69-year-old former Formula 1 driver. “For me it’s also important to finish in the top-10 in every race with my age of 70. I have been racing for more than 50 years now and this Euro NASCAR racing is fantastic, well organised, affordable compared to other race series and close pure racing.”

Bleekemolen will not be able to afford a conservative approach to the Hockenheimring Semi Finals in September as Ian Eric Waden is right behind him. The Finn, another of the 2019 NWES rookies, sits just eleven points behind the Dutchman. The Memphis Racing driver already scored three Legend Trophy wins this year at Franciacorta, Brands Hatch and Most. 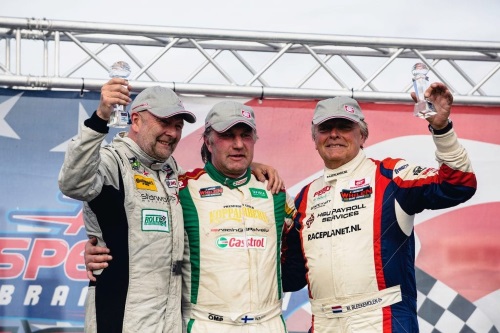 Waden’s best overall result so far has been the eleventh place in ELITE 2 Round 3 in Italy, while he missed the top-10 by just two spots at the Autodrom Most later in the season. The Finn, who made his NWES debut in 2018 at Hockenheim, believes he has what it takes to challenge Bleekemolen for the Legend Trophy.

“My first season in Euro NASCAR has been frustrating speed wise,” said Waden. “New race tracks every weekend did not make it easier. But racing has been good and I have enjoyed every weekend. I’m hooked into Euro NASCAR! We still have some difficulties to set up the car without having done any testing, but we’re getting there step by step. Hockenheim will be the first track where I have been before, so let’s put some pressure on the others there. The battle for the Legend Trophy is tight and it really does not bother me which way it goes, all the guys deserve it.” 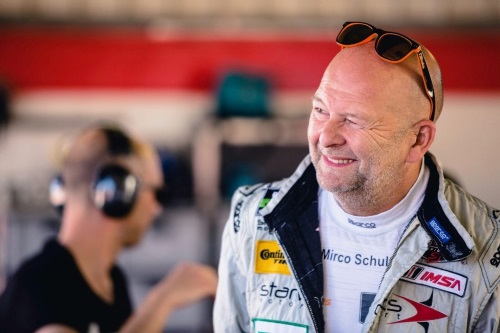 Only two points behind Waden sits Mirco Schultis from Germany. The experienced owner of the Mishumotors team, who drove prototypes all over the world, topped the Legend Trophy classification in the season opener at Valencia. With one top-10 finish in his pocket, Schultis scored several solid results to be right in the middle of the fight for the title.

“I was hoping to be on top of the Legend Trophy classification at the end of the regular season, as I was after the Most race,” said the Wiesbaden resident, who missed the oval race at Venray. “The other Legend drivers scored good points at Venray. Of course I will fight for the title in the special classification. I’m really looking forward to my home race at Hockenheim in September. With the new tyres and shocks it’s important to test the car ahead of a race to be competitive. We are maximizing the performance with the planned budget and without testing. That’s why we struggled a bit this season. In the remainder of the season we just want to have fun, get the most of our cars and hopefully celebrate the Legend Trophy win.” 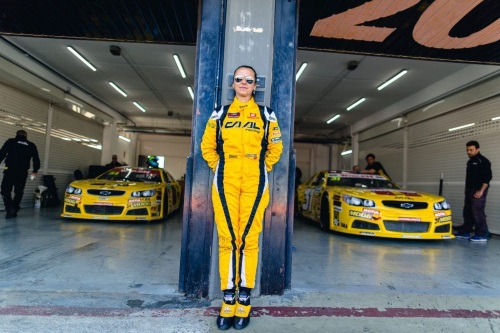 With double points awarded for every playoffs race, Arianna Casoli still has a chance to catch up with the top-3 in the Legend Trophy standings. The Lady Trophy leader sits 20th in the overall ELITE 2 points standings.

“I can’t wait for the playoffs to start,” said Casoli. “Double points are a big challenge and the battle in the Legend Trophy is very tough. It’s very close and anything can happen. Unfortunately I was not able to race at Venray, so I missed a lot of points. I want to do my best and improve my performance compared to last year and battle with the group. It would be great to visit Charlotte again and get another chance to race in the USA, but we will have to talk about this after the finals at Zolder.”

The 2019 playoffs will kick off on September 21-22 at the iconic Hockenheimring in Germany. The season finale will follow on October 5-6 at the traditional Circuit Zolder in Belgium.