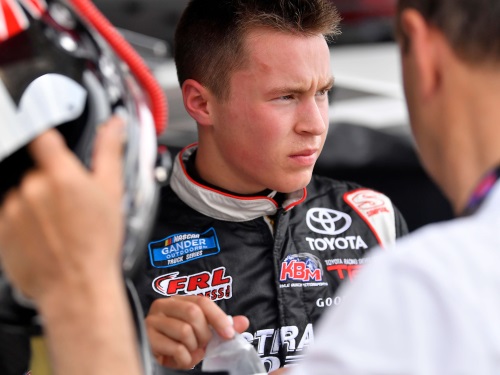 Vallee-Jonction Quebec, Canada (August 22, 2019) – Raphael Lessard is facing a major challenge this weekend as he races in his last NASCAR Gander Outdoors Truck Series race of the season, at the Canadian Tire Motorsport Park road course this coming Sunday. This will be his first race at the legendary high-speed venue, and Raphael Lessard will be learning his trade among some of the best and most experienced driver in Canada and the U.S.A. This is definitely the type of challenge that the young driver enjoys the most.

Learning how to translate oval driving techniques and apply them to a road course layout is no mean feat, as the driver faces new situations on the way to a competitive lap time, where Raphael normally operates in every race. One major characteristic of the legendary CTMP layout is several high-speed “blind corners” where the driver can see only the entry to a corner and must turn in before seeing the entire corner – a sort of act of faith and confidence that he is on the correct trajectory rather than off-line – a very bad thing at high speed.

Great drivers solve this issue by picking off-track reference points to know when to turn into the corner– a post, dark spot on the track, advertising – that will not move during the race (so not a spectator in a bright red shirt!). Raphael’s natural talent allows him to absorb these techniques quickly, to the point of becoming instinctive as his race goes on. Having instructors like the Dumoulin brothers and Kyle Busch certainly speeds up this learning process.

“I am really looking forward to running at Mosport for a first time and in my second NASCAR race ever on a road course. I drove in the Grand Prix of Trois-Rivieres Pinty’s race and it went much better than I thought it would. I learned a lot in Trois-Rivieres and will certainly apply all the new knowledge at CTMP and learn a lot more on this high-speed track. The #54 FRL Express truck prepared by DGR-Crosley will be fast and it will be up to me to gain confidence and to up my pace over race distance,” Raphael Lessard enthusiastically explains.

Raphael Lessard will be at the wheel of the #20 Jean-Paul Lessard & Fils |FRL Express car for his second race in the Canadian Short Track Nationals (CSTN), held at the Jukasa Motor Speedway on August 31 and September 1. More than 63 drivers have already entered and will be vying for the $75,000 winner’s purse. Qualifying and the race promise to be quite a show.

“It’s great to be back at Jukasa with the Michigan-based KBR team. Last year we had the fastest times in both practice sessions, started in fourth place and led several laps during the race. A frustrating slow puncture near the end of the race deprived us of a podium finish. Last year the crew had never seen the track before and we really did quite well, so we will certainly arrive this year even better prepared. We want to qualify well and go all-out for the race from there. As last year, there will certainly be some heavy action on the track, more so given the amazing $75,000 first-place money. This is a race you do not want to miss,” said the young driver. 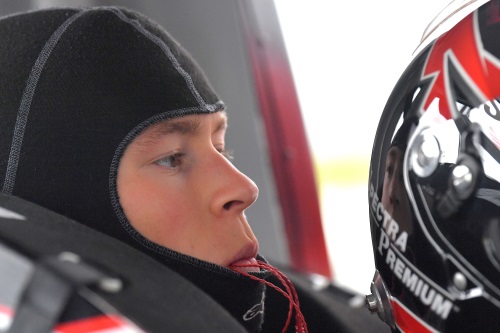 KBR is a team running the full 2019 ARCA Menards Series, operating out of a 11,000-square-foot headquarters installation in Zeeland, Michigan. KBR works with only the best industry experts and top manufacturers in all aspects of operations. Monster Energy NASCAR Cup Series winner Erik Jones, Raphael Lessard, Brandon McReynolds and Carson Hocevar are just a few of the talented drivers to have driven for the team.