READING, Pa. (September 5, 2019) – Steve Torrence made history a year ago en route to his first NHRA Mello Yello Drag Racing Series world championship. But the road to perfection in the Mello Yello Countdown to the Championship started at Maple Grove Raceway, where the Top Fuel standout sent a strong opening message that only got louder with each playoff race.

Torrence became the first driver in NHRA history to sweep all six Countdown to the Championship races, a streak that started with an impressive performance in Reading. Torrence isn’t worried about perfection to open the 2019 playoffs, but he would like to start his title defense on a strong note at the 35th annual Mopar Express Lane NHRA Nationals presented by Pennzoil, Sept. 12-15 at Maple Grove Raceway. Torrence will again enter the Countdown to the Championship as the points leader, but he knows the road to a second world title won’t be easy.

“It’s still just a six-race shootout,” said Torrence, a 35-time Top Fuel winner. “Yeah, we had a great regular season. We won eight times and my dad (Billy Torrence) won twice, but when we go to Reading, I’ll just be 20 points ahead of Doug (Kalitta). We’ve got a great team, a great car and a great track record, but that’s just history. You still have to perform in the playoffs.”

Torrence (Top Fuel), J.R. Todd (Funny Car), Vincent Nobile (Pro Stock) and Hector Arana Jr. (Pro Stock Motorcycle) were last year’s winners of the event that will be televised on FOX Sports 1 (FS1), including final eliminations on Sunday, Sept. 15 at 2 p.m. (ET). Both Torrence and Todd used that momentum last year to win their first world titles, and it’s a scenario Torrence would like to repeat at the 19th of 24 races in 2019 in his 11,000-horsepower Capco Contractors dragster.

He was dominant during the regular season, winning eight times and advancing to 11 final rounds. His father also won twice and went to four finals, earning his first berth in the Countdown to the Championship. That means Torrence will have help from a teammate during the playoffs, but he’s fully aware of the job his team has done for the last several years.

“I’ve got a really good team, a really good group of guys,” Torrence said. “They are the reason for the success that we have. When you see teams that go out and do well and continually win, it’s usually because the guys have been together for years and they just work well together. That’s what we have with these Capco cars.”

Torrence has been dominant since 2017, winning 27 times during his remarkable run. He had an incredible stretch this year, too, winning eight of nine races. It’s another example of Torrence reaching an unbelievable level when things start clicking, something that was evident last year when he won all six races in the playoffs. But Torrence will face challenges from every angle, including from Indy winner Kalitta, who starts the playoffs in second and seeking his first world title. Other championship contenders include 2017 world champ Brittany Force, Antron Brown, Clay Millican, Leah Pritchett, Richie Crampton, Mike Salinas and rookie Austin Prock, but Torrence will stay confident knowing his team has performed well in these pressure situations before. 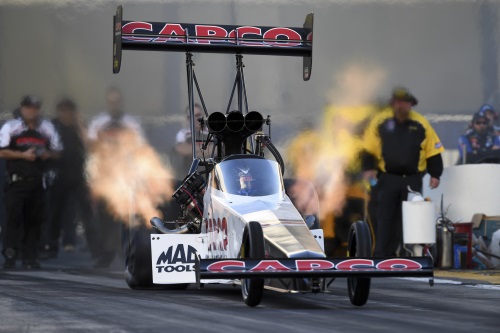 “(Crew chiefs) Richard Hogan and Bobby Lagana Jr., they’ve made all the right moves,” Torrence said, “and the guys putting my car together, they just don’t make mistakes. It’s an exceptional group. I’m very blessed and very thankful to be the guy in the car. It’s been an awesome ride.”

Pro Stock points leader Bo Butner picked up his first career win at Maple Grove in 2017, a year that also ended with his first world title in the class. Doing that again is the goal, but he’ll have to get past the likes of Indy winner Alex Laughlin, Greg Anderson, Jason Line and Erica Enders.

Hector Arana Jr. is after his first world title in Pro Stock Motorcycle and a third win at Maple Grove would certainly help. He’ll have to go through points leader Andrew Hines, who has seven wins in 2019, Eddie Krawiec, Indy winner Jerry Savoie and defending world champ Matt Smith.

The event also features thrilling competition in the NHRA Lucas Oil Drag Racing Series, showcasing the future stars of the sport. Fan favorites in the Top Alcohol Dragster and Top Alcohol Funny Car categories are sure to delight as well. Jet dragster driver Ernie Bogue Jr. will be driving the famed “Beast Fro The East” at the close of the day.

NHRA fans can take part in the Mello Yello Walking Tour to see the cars and teams hard at work in the pits. On Friday, there will be a Pennzoil Celebrity Challenge race featuring local celebrities, dignitaries and personalities. Fans can also attend Pro Stock School and Nitro School to learn how the cars operate and reach their thrilling speeds. Maple Grove Raceway will host a Mello Yello autograph session and allow fans to meet their favorite drivers as well as the Cruising with Castello Sealmaster Track Walk hosted by NHRA announcer Joe Castello. Another can’t-miss experience is the winner’s circle celebration on Sunday after racing concludes. NHRA fans are invited to congratulate the winners of the event as they celebrate their victories.

The Mopar Mega Block Party will rev up the Mopar Express Lane NHRA Nationals presented by Pennzoil race weekend for the fourth consecutive year. The free-admission fan event, set to roll into FirstEnergy Stadium in Reading from 4 -10 p.m. ET on Thursday, September 12, will offer a jam-packed slate of fun activities for Mopar and Dodge//SRT enthusiasts. NHRA stars and TV personalities will step up to the plate for the annual Mopar Mega Block Party home run derby with NHRA announcer Alan Reinhart providing the play-by-play. 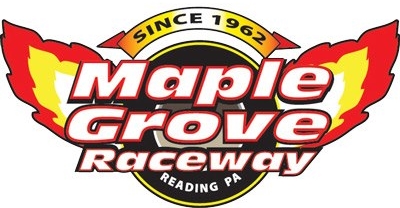