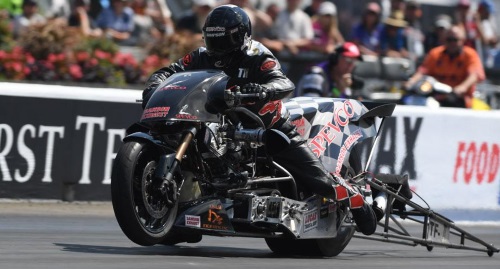 The Mickey Thompson Tires NHRA Top Fuel Harley Drag Racing Series features NHRA’s only nitromethane-powered two-wheeled bikes at some of the most breathtaking facilities across the country. Fans will experience the fastest motorcycle racing action on the circuit with bikes capable of exceeding 220 mph with each pass and races that are regularly decided by just thousandths of a second.