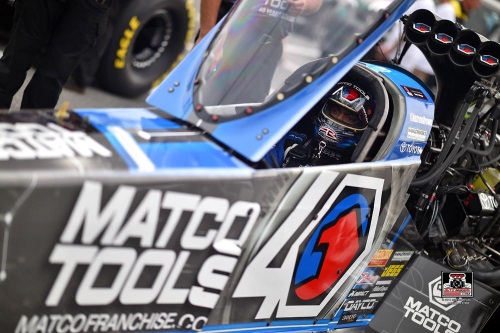 Quotable:
“Looking forward to racing at World Wide Technology Raceway. St. Louis has always been a great place for us. We won there four years in a row, and we want to get back on that trend. We fell short last year, and this year we want to rebound. We feel really confident in our Matco Tools Toyota dragster. We’re looking for great things to happen. This is ‘go time.’ St. Louis is a crucial, pivotal race for us. It can make or break our championship hopes this season. The pressure is on; the intensity is there, and I know we’re fully committed and ready to go.” 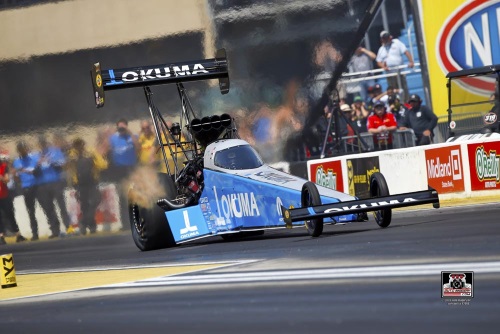 Quotable:
“An object in motion stays in motion, and that is exactly what our Okuma Top Fuel team is doing. We are looking forward to using our strong, forward, fast, and consistent progress on the track this weekend. The St. Louis race is one that we have proven well at going rounds, and we have nothing else in our scope but our strategy of picking at qualifying points, winning, and climbing within the ever-so-close standings.

“We knew races ago that defending a championship title in Factory Stock given the rule changes was near impossible, yet we continued to chase wins. Going into St. Louis, we have made some in-house updates, and feel we will have the most competitive car we’ve had all year. We have a car capable of winning this race, and although not a championship contender, one that could really spoil some championship chasers’ hopes and dreams. Just because we couldn’t dominate the season, doesn’t mean our development, hustle, and heart has fallen off. We expect a turnaround of results and win lights starting this weekend for el Bandito, and there’s nothing better than knowing we’ve got a shot to take down the heavy hitters.” 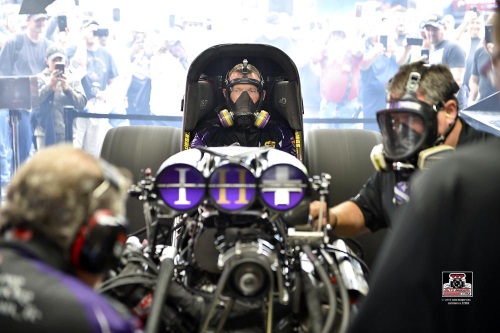 Countdown to the Championship standing: No. 1

Quotable:
“After our Infinite Hero team finally got our first win of the season at Maple Grove, I almost didn’t want the week off, but the schedule is what it is. I was glad to get home, spend time with my family, and celebrate the win with many of our friends. I think we made an absolute statement at Maple Grove – we are a championship-contending team. I’ve said that all year; it’s one thing to believe you have a shot at the championship, but it’s an entirely different thing to stand there with your team holding the trophy at the end of the day. Doing that at the first race of the Countdown was exactly the shot in the arm our Infinite Hero team needed, and getting vaulted into first place in points was the icing on the cake. Now our job is to stay there for the rest of the year.” 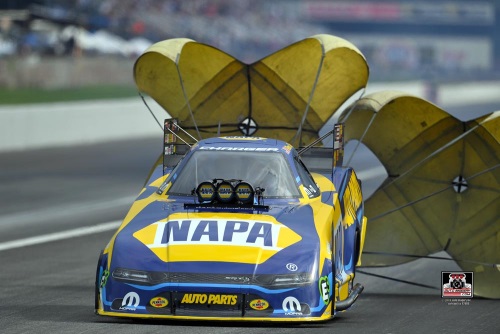 Quotable:
“We’re heading to the second race of our NHRA Countdown. We love Chris Blair and his whole team at World Wide Technology Raceway. We’re coming off of such a great performance by our NAPA team in Maple Grove. We were able to jump one spot in the Countdown. As I mentioned heading into Maple Grove, the goal is to try and capture as many of those little qualifying points as possible and have a great Sunday. At Maple Grove, we had a good Sunday but didn’t have a great Sunday. But, we did manage to get a lot of qualifying points.

“I’ve been lucky enough to win at St. Louis a few times. Another great thing about the St. Louis race is, it’s not far from Indy, so a lot of our team’s family members come out and we love to have them join us and show their support.” 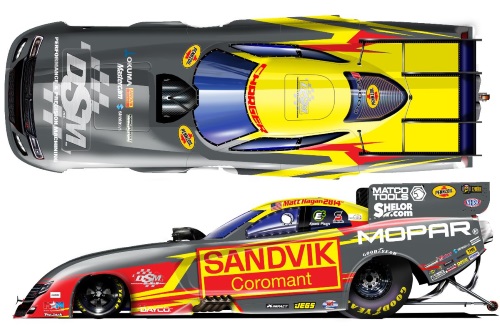 Quotable:
“I’ve never won St. Louis and I’d like to check it off the list. We blew the tires off second round at our last race in Reading, Pa., and it wasn’t the weekend we were looking for. We’ve got to bounce back. We’ve got five races left, and there are no do-overs. It was great to see our teammate, Jack Beckman, pull down the win, but things change fast in the Countdown. We need to have a good showing in St. Louis so we can put ourselves back in contention. We’ll have the DSM Precision Engineering Dodge Hellcat Widebody this weekend, and it’s cool to be able to represent DSM. Not a lot of people are aware of all that goes on at DSM back at our race headquarters in Brownsburg, Ind. We make more than 250 parts and do CNC machining work for not just race cars but automotive and aerospace customers as well. It’s a huge operation, and whether it be chassis, engine, clutch or supercharger components, (crew chief) Dickie (Venables) and our guys know they can count on DSM to get them what they need.” 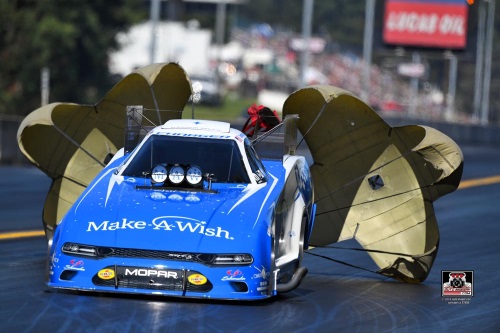 Quotable:
“St. Louis is a special race to me because my dad won that race in 1976 and it was his only national event win. I’ve never won it, but have been runner-up a few times. Warmer weather is in the forecast for this weekend, and I think that’ll be an advantage to our team, we seem to run better in the heat.

“We didn’t start the Countdown the way wanted; we’re in a little bit of a hole. You can’t have a bad race in the Countdown, and we’ve had one, so that means we need to have five exceptional races. It’s important that we go to St. Louis and do really well. To have any shot at the championship, I think we need to go to at least to the semis, probably finals, and get some points. We’ve had two bad races in a row, and before that, we hadn’t had two bad races all season, so I expect big things from our Make-A-Wish team this weekend.” 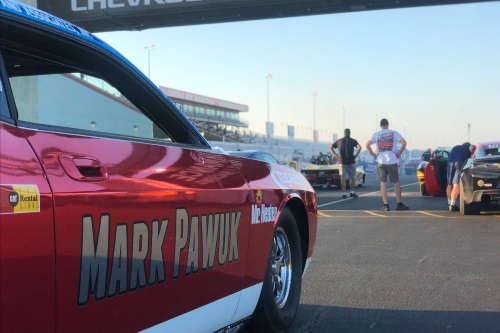 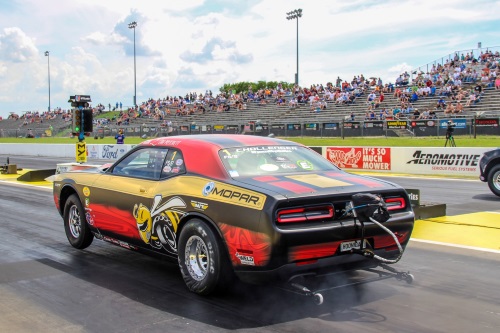