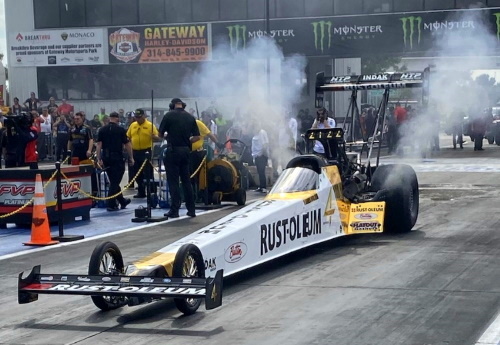 MADISON, Ill. (September 30,2019) – A race that was a last-minute decision when his season was supposed to end after the US Nationals turned into a career weekend for TJ Zizzo. The Chicagoland native laid down a pass of 3.769 seconds at 329.75 mph, that speed being a personal best, in the first round of eliminations in Sunday’s AAA NHRA Midwest Nationals at World Wide Technology Raceway.

Unfortunately, No. 3 qualifier Austin Prock was .02 seconds quicker than the Rust-Oleum Rocket and put Zizzo Racing on the truck after a solid weekend despite the loss.

“If you’re going to lose, you should lose that way,” said Zizzo after the round. “The round of first round, I believe. Tight racing, good drivers, both with good reaction times, both having a good side-by-side run. Even Austin Prock said at the top end ‘That’ll be the one they’ll talk about!’ It was close.”

Losing isn’t fun, especially when it’s the last race of the season. However, Zizzo recognizes the team took a large step forward this weekend, making the unexpected trip to St. Louis worth it.

“Anytime we leave with a career-best run or career-best speed, the winter goes well and we come out swinging again.” 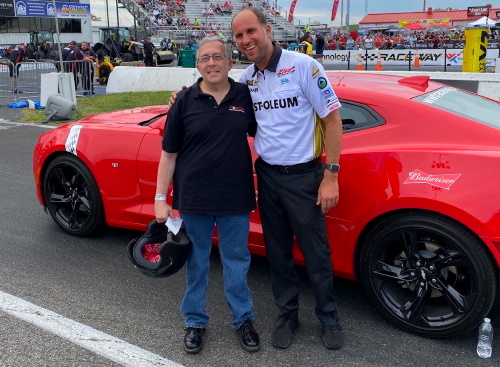 TJ In The Media: TJ Zizzo was featured in an article at RacingJunk.com, a comprehensive look at the team’s 2019 season & what led Zizzo Racing to compete this weekend!