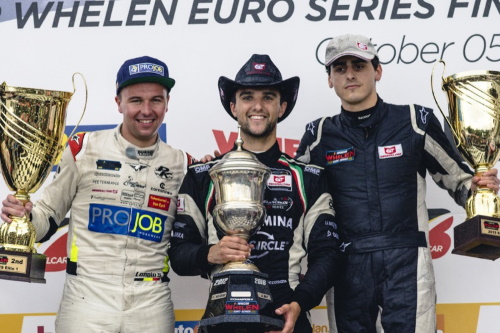 (October 6, 2019) –Having to complete one lap to clinch the title, Loris Hezemans carefully drove his way to sixth place under torrential rain and became the 2019 Euro NASCAR Champion. The Hendriks Motorsport driver also successfully defended his Junior Trophy title, while Stienes Longin grabbed his first ever ELITE 1 Division win in front of his home crowd at the end of an epic Final 2.

The ELITE 1 Division drivers’ skills were put to a severe test when torrential rain hit the track midway through the last round of the season, but they put up an epic performance for the delight of the Belgian crowd.

Hezemans’ championship was already in the books when the 22-year-old Dutchman completed the first of the race’s 18 laps under the rain at Circuit Zolder. He mastered the slippery track and brought home a solid sixth place to win the Euro NASCAR championship and the Junior Trophy. Hendriks Motorsport also won the team championship with it’s #50 Ford Mustang driven by Hezemans and Giorgio Maggi, who ended up second in the ELITE 2 Division. 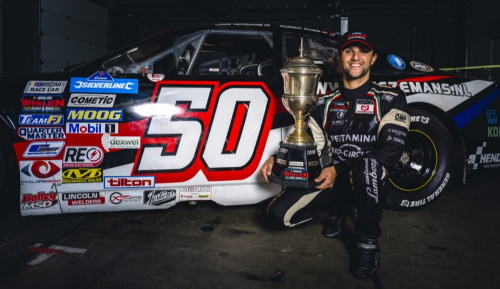 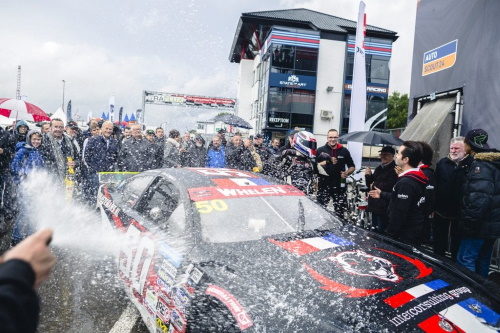 “It’s not sinking in yet,” said Hezemans while holding the trophy in Victory Lane. “The donuts after the checkered flag were so much fun. I never did them before in a race car. It was a crazy race and probably the most hectic few laps in my life. The car was going left and right all the time. I was just thinking: ‘bring it home, bring it home!’ Those were the longest laps in my life. For 2020 I hope for more races in America and this title is such a good opportunity. My heart still belongs with Euro NASCAR and I really hope to build a NASCAR career from here.”

Hezemans was very strong in the second half of the 2019 season, scoring three wins in five races. He overtook Longin in the points standings with two clutch wins in the Semi Finals at Hockenheim and secured the title with two additional top-10s during the Finals at Circuit Zolder.

Longin ended up second in points but the greatest joy for him was winning his first ever ELITE 1 Division race in front of his home crowd. He finally went to Victory Lane to cap his most competitive season in Euro NASCAR and he did it one year after losing two races to Alon Day at Circuit Zolder. This time, Longin was unbeatable in the treacherous weather conditions and Day had to settle for second after surrendering the lead to the Belgian on lap 7. 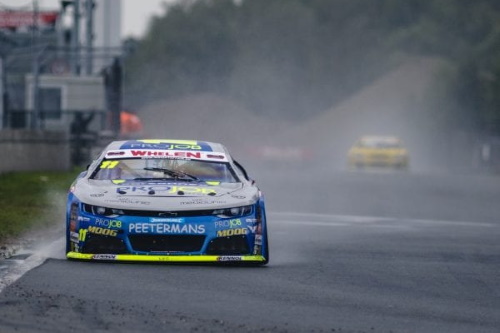 “It’s an awesome feeling, I cannot describe it,” said Longin. “In the last six laps, when it started raining so heavy, my windshield wiper stopped working. It was a heck of a challenge and a crazy drive. Next year I will aim for the title again as this year. I will give my best again in the 2020 season.”

It was Marc Goossens took over third place in the last lap when Jacques Villeneuve, who was holding on to a place on the podium after starting from the pole, suddenly slipped down to seventh with visibility issue on his #32 Go Fas Racing Camaro. Goossens crafted his way through the final laps and scored his second consecutive podium in the 2019 NWES Finals.

Returning Alex Sedgwick won the Junior Trophy race ahead of Gianmarco Ercoli and Hezemans. Villeneuve followed ahead of Nicolo Rocca, who came from last to eight but had to settle for third in the final points standings. Solaris Motorsport’s Francesco Sini and Mishumotor’s Lucas Lasserre closed the ELITE 1 Final 2 top-10.

Hezemans won the Junior Trophy ahead of Rocca and Ercoli. With his ninth Challenger Trophy triumph of the season, Henri Tuomaala won the special classification dedicated to silver and bronze drivers in the ELITE 1 Division. Mauro Trione was second ahead of Kenko Miura.

“It’s great to win the Challenger Trophy here at Circuit Zolder,” said Tuomaala. “The whole team did a great job and we will for sure work on having an even better pace for the 2020 season. Memphis Racing is working very hard for it. My plan is to come back in 2020 and improve my results.”

The NASCAR Whelen Euro Series will be back in action in 2020. Champions and Trophy winner will fly to the United States for the traditional Awards ceremony at the NASCAR Hall Of Fame. 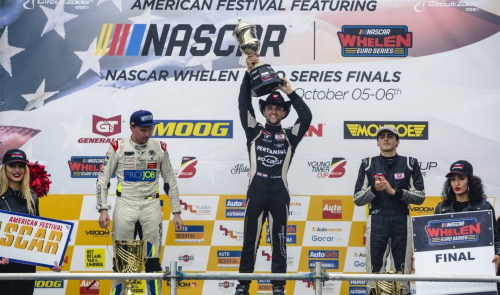 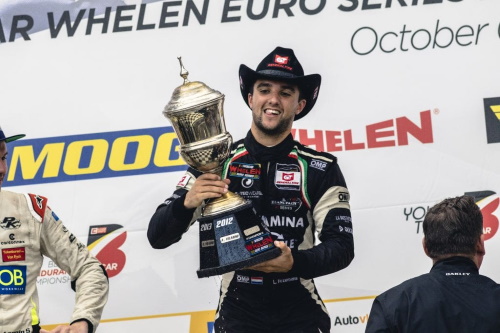 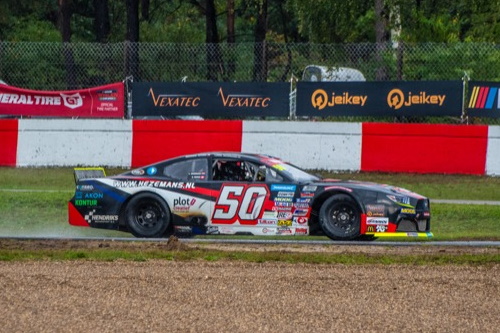 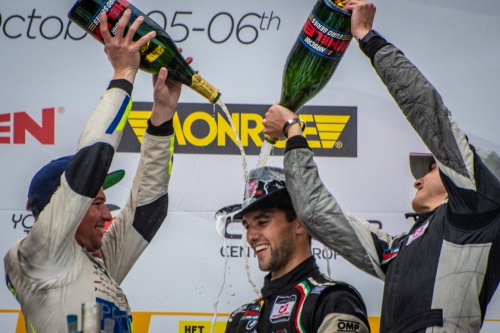 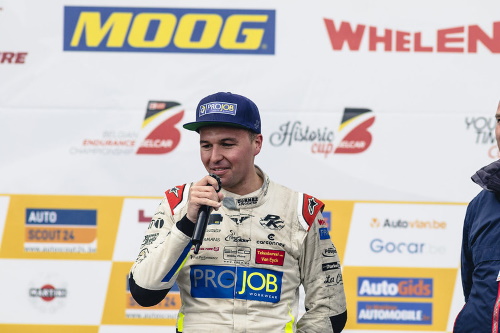 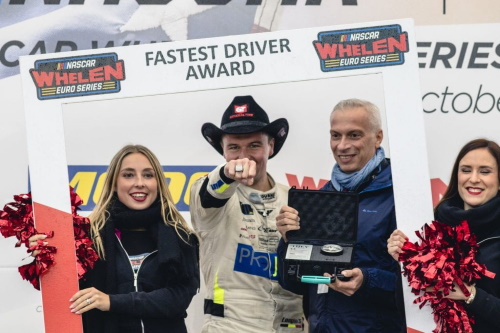 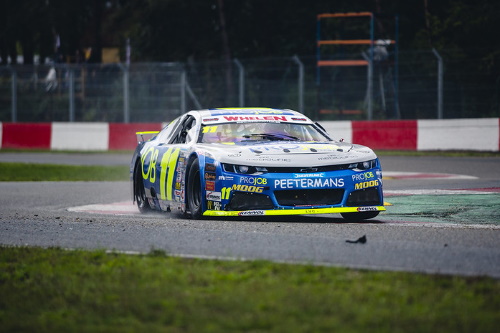 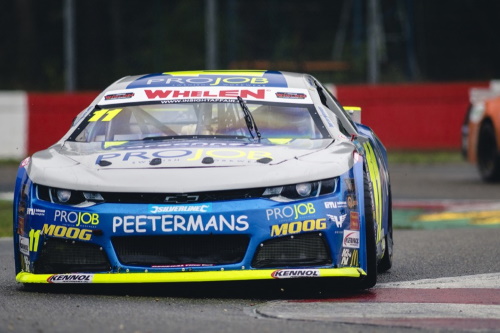 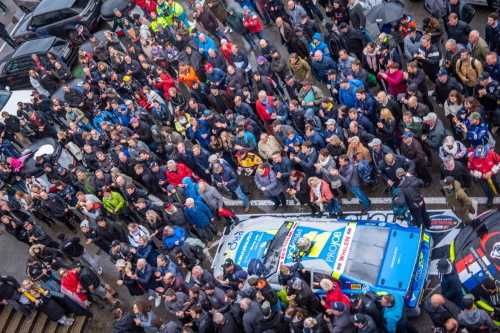 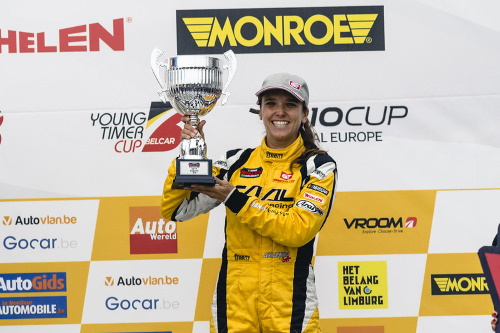 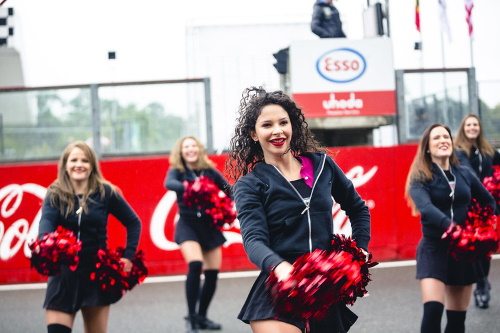 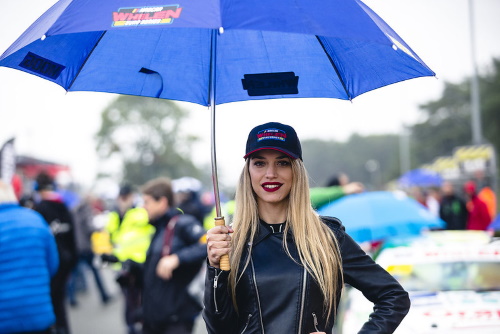