Tulsa, Oklahoma (October 8, 2019) – Street Outlaws’ Shawn “Murder Nova” Ellington and NHRA Top Fuel racer Scott Palmer have each confirmed they’ll be on the track and racing at Osage Casino Tulsa Raceway Park this weekend (Oct. 11-12) for the 25th running of the epic Throwdown in T-Town!

After he and fellow Street Outlaws star “Daddy Dave” Comstock both qualified for the Summit Racing Equipment Mid-West Pro Mod Series race early this year at Xtreme Raceway Park in Texas, Oklahoma’s own Murder Nova will return at the Throwdown in T-Town, entered in the MWPMS Pro Mod class with his world-famous, twin-turbocharged ’69 Nova.

Meanwhile, not only will Palmer be making exhibition passes at the Throwdown in his 10,000-plus horsepower NHRA Top Fuel dragster; he’s also bringing “Studezilla!” his wild, nitro-fueled, flame-throwing ’53 Studebaker Pro Mod, as well as an equally outrageous nitro-breathing ’70 Chevelle piloted by veteran driver J.R. Sandlian. Palmer and Sandlian will light up the Tulsa night sky with side-by-side doorslammer displays of fire and power that has to be seen to be believed!

On top of a full schedule of Mid-West Pro Mod Series action, plus V-Twin Motorcycles, bracket racing, and Jr. Dragsters, the participation of Murder Nova and Scott Palmer makes the 25th Throwdown in T-Town an event not to be missed! And the best thing is — FREE TICKETS! 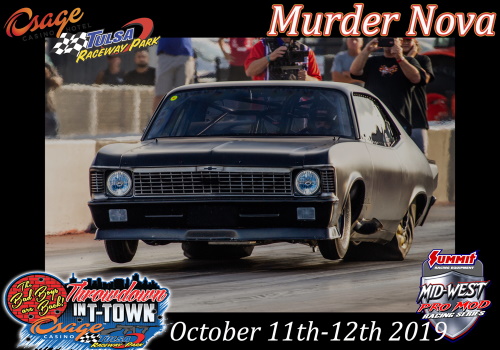 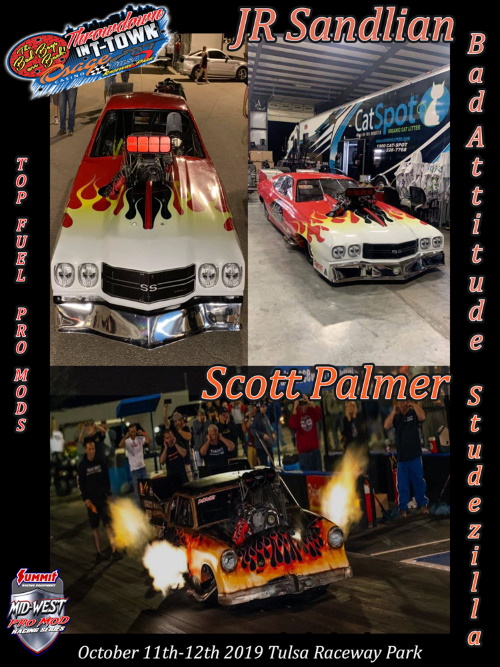 This is the LAST FREE TICKETS EVENT of the year at Tulsa Raceway Park, so make sure you print your FREE TICKETS today!

“The Throw Down in T-Town has become one of the largest races in the country,” track co-owner Keith Haney said. “We had over 160 race cars in May. It’s a FREE event for the customer, and we had 25,000 fans in the stands for the weekend in May 2019. It’s just become a huge event.”

What is even bigger is the Summit Racing Equipment Mid-West Pro Mod Series WORLD FINALS! The MWPMS points chase is so close the action is going to be off the hook!

The fastest door-slammers in the world will be racing at the Throw Down, which will feature Mid-West Pro Mod Series WORLD FINALS. Both MWPMS & Slammer categories will feature 16 car fields…with as much as $10,000 to win! MWPMS added in 2019 these NEW Classes “Top Sportsman & Top Dragster along with X275 which these guys and gals are all fighting to win a Championship! Tulsa will also feature and NEW V-Rod Motorcycle Class along with the all popular classes Pro-Street, Outlaw Gassers, Jr Pro1, Jr Pro2 and added for this race Super Pro, 6.0 Index and foot brake classes.

“Some of these racers drive 1,500 miles just to race in front of a huge crowd, but if for some reason they don’t get in the show, they still have a chance to race,” Haney said.

That’s part of the draw the race has drivers and teams across the country, as Haney and co-owner Todd Martin know how to put on a show.

We will have prize giveaways for fans and Super Play rides for kids.

“It’s an absolute blast,” Haney said. “The fans interact here like no other. The interaction is amazing and totally off the wall. Most drag racers want to race in front of a big audience. 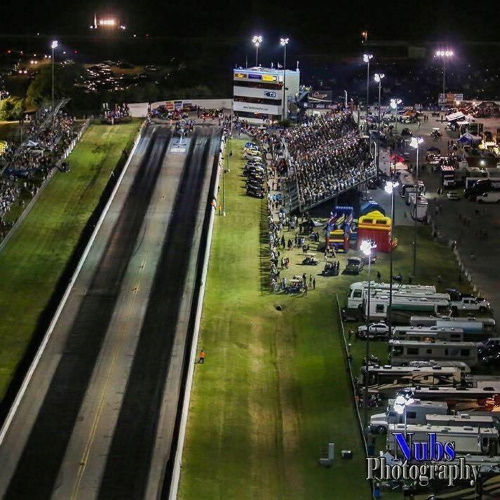 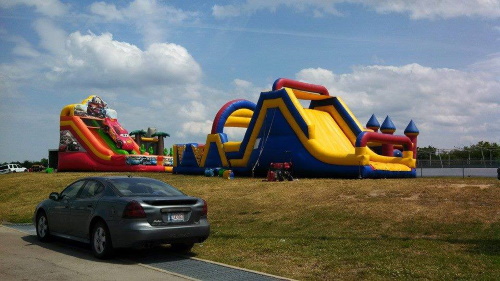