Quotable:
“Really excited to go to Charlotte, our third race of the Countdown. St. Louis didn’t go the way we wanted it to, but we learned a lot during that race. Charlotte is definitely going to be our breakout race; I can feel it. I can see the synergy; I can feel the energy within our team and (crew chiefs) Mark (Oswald) and Brad (Mason). They have a great game plan headed into Charlotte, so I’m just excited and ready to go out there and execute and do what we do, which is be a competitive team that’s capable of winning races.” 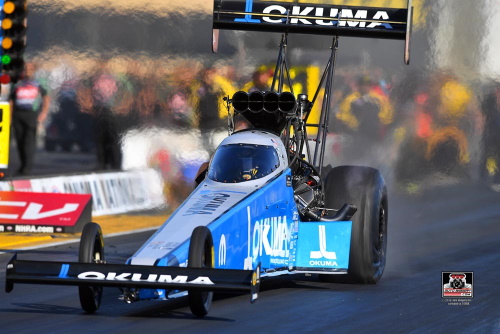 Quotable:
“Charlotte will be a very pivotal race for us as we reach the halfway mark of the Countdown from the fifth spot. With horsepower-making weather upon us, we are eager to maintain our strategy of consistent qualifying, but we also know we have a combination that we feel confident can go for low E.T. when it’s out there. (Crew chiefs) Todd (Okuhara) and Neal (Strausbaugh) have made some dramatic setup moves in the Countdown, which have garnered good results, and we look forward to perfecting our program this weekend in order to make deeper progress. The points are so tight right now, every motion of what we do becomes increasingly amplified. I am excited for us to lay everything we’ve got on the line in pursuit of chasing the one thing that matters most – a championship.” 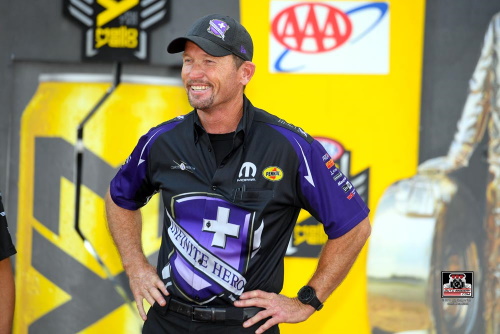 Quotable:
“Even though we’re coming off a first-round loss at St. Louis, the win at Maple Grove, our first race of the Countdown, has kept us very much alive in the hunt. In fact, after going out early, things kind of played in our favor in St. Louis, so we’re still within one round and some qualifying bonus points of taking back the lead. I think that the next two races are pivotal for two reasons – by the time we get done with them, we’ll be two-thirds of the way through the Countdown, and they’re the only pair of back-to-back races in the Countdown. Nobody can stumble from here on out if you want the No. 1 sticker on your car next year.”

Quotable:
“This is such a fun part of the season, especially when you’ve got a great race car like we have in our NAPA AUTO PARTS hot rod. Last year, we got to run a special NAPA NIGHTVISION paint scheme at this event, and we ended up winning the race, which put ourselves in position to battle for the championship. So, it’s really cool that at this year’s Carolina Nationals, we’ll once again represent NAPA NIGHTVISION Lamps, although the livery will be a little different. Like I’ve said before, it’s always fun when NAPA uses our team to promote something that’s going to help people be safer on the roads like the NIGHTVISION LED Lamps will, and it doesn’t hurt when you park the car in the winner’s circle like we did last year.” 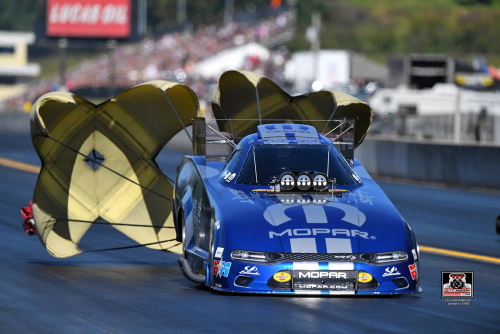 Countdown to the Championship standing: 9th

Quotable:
“We have to be extremely strong the last four races of the Countdown. We kind of struggled the first two, so we really need to go out and win the Charlotte race in order to have a chance to keep ourselves in the hunt. We’re more than capable; we just need to execute our plan. We’ve been working all year on having this car run strong, and we need to get started off on the right foot. Friday qualifying sets the tone for the whole weekend. It seems like every time we have a good Friday showing, the rest of the weekend falls into place.

“I’m excited about the fact that we’re already at race No. 3 in the Countdown, but hate that the year has blown by so fast. Sometimes you have to stop and take a step back and enjoy the ride. These next few races, I’m focused on taking it all in and enjoying it. Can’t wait to crawl back into that race car and drive my ass off and do the best job I can for my team.” 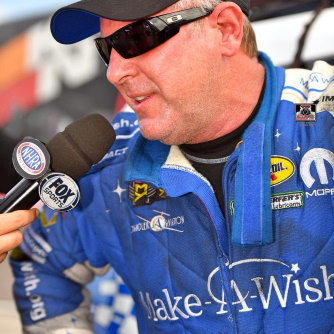 Quotable:
“I’m looking forward to Charlotte. We didn’t get the results we wanted at the last two races, and we’re a little bit behind in the Countdown. It’s time to make a move, and Charlotte has been good to me over the years. I’ve been No. 1 qualifier there, been runner-up during the Countdown, and have done well at the Four-Wide there as well. If we’re going to turn things around and put our team back in the hunt, I think Charlotte is a good place to do it.”