DALLAS, TX (October 11, 2019) – Since its very first race in 1986, Texas Motorplex in Ennis, Texas, has been bringing high speed and exciting motorsports action to North Texas. As the longest running major motorsports venue in the Metroplex Texas Motorplex continues to raise the bar on fan-friendly events as well as record setting performances. Racing action will begin on Friday October 17 and run through Sunday October 20 but prior to and during the event fans will be treated to additional festivities both on and off the track.

“We look at the AAA Texas NHRA FallNationals as one of the premiere motorsports events in the state. We have the quickest and fastest race cars and no one can compete with our fan access,” said Andy Carter, Texas Motorplex general manager. “Also with the Thursday night free FanFest in downtown Ennis featuring over 20 drivers and riders, including 16-time Funny Car champion John Force, two-time champion Robert Hight and reigning Funny Car champion J.R. Todd as well as our pit access you will not get a better fan experience.” 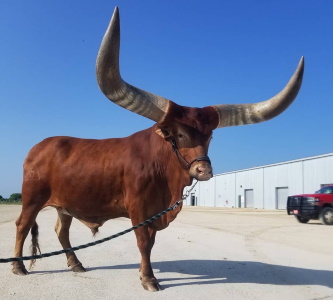 Pre-Stage FanFest, October 17 – The City of Ennis and Texas Motorplex are partnering for the sixth annual Pre-Stage FanFest between 5 p.m. – 9 p.m. in Downtown Ennis. Main Street and Knox Street (200 NW Main Street) will be blocked off for fans to wander between NHRA pro and sportsman cars, food trucks, music and more. Professional racers will be available for autographs during the event from 7 p.m. – 8 p.m.

Chris Kyle Frog Foundation, October 19 – Nearly 400 veterans and first responders along with their spouses representing the Chris Kyle Frog Foundation will attend the races. They will enjoy a meet and greet with Top Fuel world champion Steve Torrence, co-owner of Capco Contractors as well as track side seating and hospitality from Car Wrap City and McAlister’s Deli.

Sunday Pre-Race Ceremonies, October 20 – As part of the massive AAA Texas NHRA FallNationals pre-race ceremony US Army Sergeant First Class Sam Glidewell will be performing the national anthem. As a backdrop for Staff Sergeant Glidewell’s anthem performance the American flag will be stretched out over the water box area by members of the Texas National Guard and fans will be treated to a surprise military fly-over.

Sunday Special Guest, October 20 – Texas Motorplex will also be hosting a special guest for fans and racers to meet and greet on Sunday. As part of the opening ceremonies and winner’s circle Oliver The African Watusi will be on-site for photos. Oliver, who became a social media sensation earlier this year, when his owners Vincent and Shelly Browning decided to take their 2,000-pound “pet” to Petco and test their policy of welcoming all pets.

Texas Motorplex Legend, October 20 – During the opening ceremonies veteran racer and fan favorite Top Fuel racer Cory McClenathan will be honored as the first recipient of the Texas Motorplex Legend Award. McClenathan, who announced he will race the final three NHRA Mello Yello Series national events of the 2019 season, and then retire last appeared at the FallNationals in 2018. He has 18 starts, two No. 1 qualifiers, five finals, three wins and 32-15 record at Texas Motorplex.

The AAA Texas NHRA FallNationals will be contested from October 18-20 with two days of qualifying on Friday and Saturday. Nitro qualifying times for Friday are 3:30 p.m. and 7:00 p.m. and on Saturday the Top Fuel and Funny Car teams will hit the track at 1:00 p.m. and 4:30 p.m. Final elimination will be contested on Sunday beginning at 11 a.m. For tickets and more information visit www.texasmotorplex.com