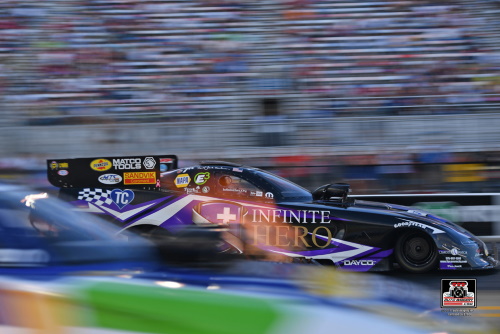 Beckman’s Friday night qualifying pass of 3.873 seconds at 334.07 mph, a zMAX Dragway speed record, stood strong throughout Saturday to allow Beckman to claim top honors heading into race day. It was the 2012 NHRA Funny Car world champion’s 26th career No. 1 qualifier position and first at zMAX Dragway, marking the second time in the last four races Beckman has set the pace in qualifying.

“I’m damn proud of this green No. 1 qualifier hat because of the points that come with it,” said Beckman, who entered the race weekend a mere 24 points behind No. 1 ranked Robert Hight.

“Hight got bonus points first session, we got them second session, Hight got them third session, and we got them fourth, so we’re trading back and forth,” added Beckman, referring to his Q4 run of 3.888 seconds which was second-quickest of the session and good for two more bonus points.

Beckman looks to become the first two-time 2019 Countdown winner after scoring the victory at the MOPAR Express Lane NHRA Nationals to open the six-race championship playoffs last month. He begins his chase for career win No. 30 facing off against Dale Creasy Jr. in round one, and with a run book stacked with crucial data and information, he is confident in his team’s chances at parking the Infinite Hero Dodge in the winner’s circle.

“We’ve got a great hot rod right now. In fact, the two runs we missed the tune-up, we were able to gather data. If you go out there and blow the tires off right at the hit, you get no data. If the car makes it to 800-feet, you get tons of data, and usually somewhere in between is where you’re going to smoke the tires. We got good data off of both of those runs. We were pushing where the limits were, and we found out more things about the car on the two runs we didn’t make it.”

The Competition: No. 16 Dale Creasy Jr. 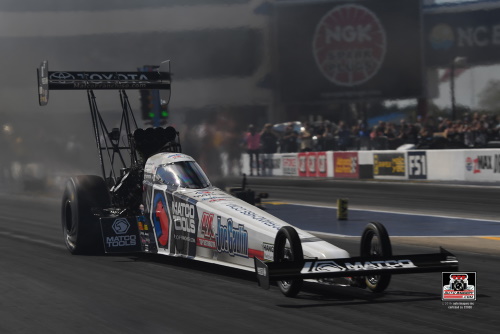 The Competition: No. 10 Doug Kalitta

Quotable:
“We got a good start going. We made three good laps, but we’re going to step it up and get ready for tomorrow. The competition is definitely tough, and everybody is running good, so that’s what we’ve got to do.” 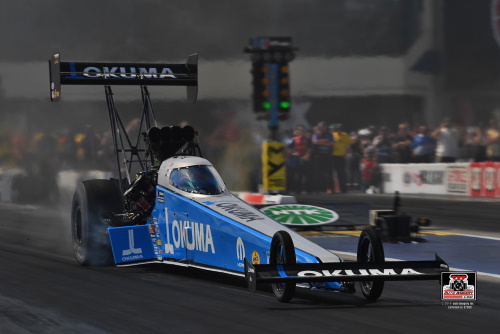 The Competition: No. 15 Chris Karamesines

Quotable:
“I knew that Q4 run was going to be low. I’m at about half-track and we sling-shotted out there, and I thought ‘man, I’m going to hit my chutes, go through the light and see a 71’ and I did, and I was happy. This Okuma team keeps opening up possibilities. We had a terrible Friday, but we put it behind us.

“We’re looking forward to tomorrow. It’s a tough field behind us right now, but this is what this team is about. We’re not even worried about points or anything, we’re just focused on this race, and winning it.” 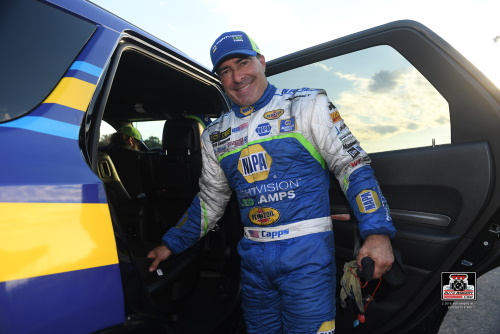 The Competition: No. 13 Jim Campbell

Quotable:
“Obviously winning last year with the NAPA NIGHTVISION Lamps car, that was big in the Countdown, so it’s really cool to come back to the same race and once again represent NIGHTVISION. The fans love this car. We had a lot of fun on social media unveiling this body. We’re in NASCAR country, and this looks like my NAPA AUTO PARTS teammate Chase Elliott’s car. It’d be great to go out and have another great race day. We’re in the fight, and this is where you make your move. This is, I think, a race that’s going to be decisive in who wins the championship, and you need momentum coming out of here. We’ll see what we can do.” 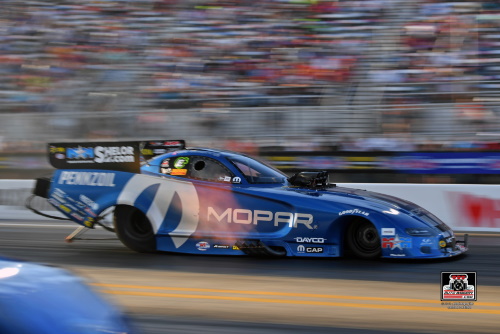 The Competition: No. 14 Dave Richards

Quotable:
“This MOPAR Dodge Charger SRT Hellcat Widebody Funny Car is going down the race track. We found some stuff earlier today with the clutch. I think (crew chief) Dickie (Venables) is getting more consistency with that. All in all, we have a good car, and we have to have a really strong run this weekend, or we will be out of the championship picture. We need to go some rounds tomorrow. We need to win this race and keep the hunt alive. We are five rounds back, and we have a long way to go.” 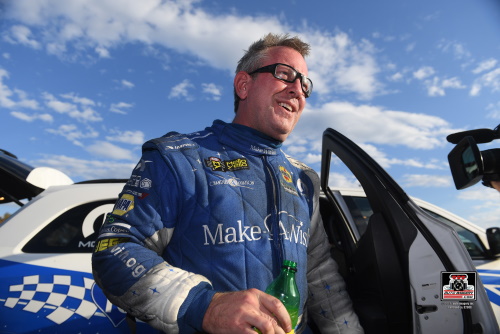 The Competition: No. 9 Cruz Pedregon

Quotable:
“Qualifying was a bit of a struggle for us. We had a really good, quick car early in the run but couldn’t make it to the finish line. Fortunately, we got it up in the top half of the field on that last shot. It should be qualified better than it is. We have a better race car than that. Hopefully, tomorrow, with a bigger weather change, we’ll be able to adjust for that and get the car to show its full potential. I think we have a good race car. Even though we didn’t show it in qualifying, I think we have a really good racecar for race day.”