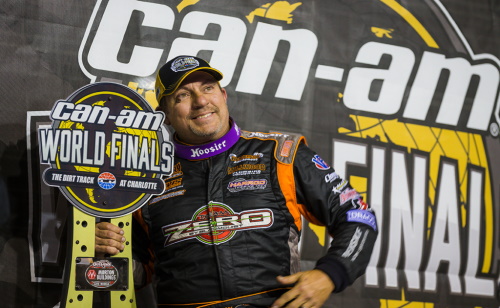 CONCORD, NC (November 9, 2019) – Brandon Sheppard has the 2019 World of Outlaws Morton Buildings Late Model Series crown already clinched, but on Friday night in the Can-Am World Finals at The Dirt Track at Charlotte, there were plenty of drivers fighting for every position, some for a point fund check and some for a fallen friend and supporter.

Shane Clanton used his seventh-place run to vault from fourth to second in the championship points heading into Saturday’s season finale, a move that if he can hang on will earn him a significant amount of money at the season-ending banquet on Sunday. Clanton now sits four points ahead of Chase Junghans, who finished 17th in the Feature and fell to third in the championship. Darrell Lanigan remains fourth with his Feature finish of 22nd, and Ricky Weiss now sits 30 points out of second after his 14th-place effort.

That all sets the stage for the coronation of Sheppard’s second crown on Saturday night, not to mention his quest to establish the single-season win record of 19, and what will no doubt be a fierce battle for every inch of dirt on the track from second on back.

But sometimes, even in dirt track racing, certain things are just meant to be. With the news breaking Friday morning about the passing of legendary racing fabricator and long-time “Team Zero” supporter Randy Sweet, the two Sweet-Bloomquist Race Cars of Chris Madden and Scott Bloomquist knew Friday night at the Can-Am World Finals was the night to get it done. And just as the racing Gods would have it, they both did exactly that.

“What else can I say? I can’t say no more.” Madden took a brief pause. “It was talked about before we went out there, how sweet it would be to have a one-two [finish] tonight. That might not have been in our hands to have that happen. God’s plan.”

With straight shot to the bottom of The Dirt Track at Charlotte on a lap 32 restart, Madden grabbed the lead from Jonathan Davenport and carried it the rest of the way home for his third World of Outlaws Morton Buildings Late Model Series win of the year while Bloomquist snuck underneath Davenport on the final lap to claim second. Chris Ferguson followed his fellow Sweet-Bloomquist Chassis drivers up with a solid fourth-place run, making it three Sweet-Bloomquist cars inside the top five. 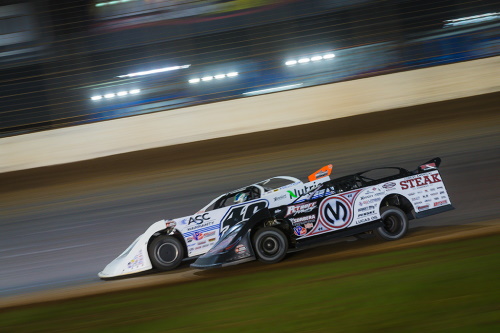 A great first Qualifying lap on Thursday night earned Madden a starting spot on the pole of Drydene Heat race #3, where he led every lap and then pulled a #4 in the redraw later on. In no time at all, Madden was up to second in the 50-lap Morton Buildings Feature and began hunting down a lightning-quick Davenport.

Bloomquist quickly applied the pressure from behind Madden to the outside, taking the runner-up spot on lap 10. The two battled side-by-side for about a lap-and-a-half before settling back in line and continuing in hot pursuit of leader Davenport.

The Team Zero duo eventually caught the #49 in lapped traffic on lap 30, and as Bloomquist got out of the groove taking a swipe at the leader going into turn one, Madden took advantage and regained second to his inside. A caution flag was thrown two laps later, restacking the field with Madden on the bumper of the leader.

What happened next was something the Dirt Late Model world doesn’t often see the 3-time World 100 winner do – slip up while leading.

“When Chris got by me on the restart, I hadn’t been in clean air for several laps,” Davenport said. “I had been behind lapped cars and I didn’t really know that it had took rubber that hard getting into turn one. [Madden] just drove right under me, so that was my mistake, just not knowing where to be.”

“Superman” tried the middle lane into turn one, but it didn’t hold up, and “Smokey” dove to his inside to take the lead out of turn two. Nineteen more laps led, and that was all it took for the Gray Court, SC-driver to earn his third career victory at The Dirt Track.

“It was kind of wide down there, and [Davenport] was carrying a lot of speed through the middle and the top in that corner,” Madden said of the pass for the lead. “My car was good around the bottom. I took the short distance; he took the long distance.”

The low side may have been the fastest way around on Friday night, but Madden was very confident in his abilities to hang in the upper grooves as well if he needed to. 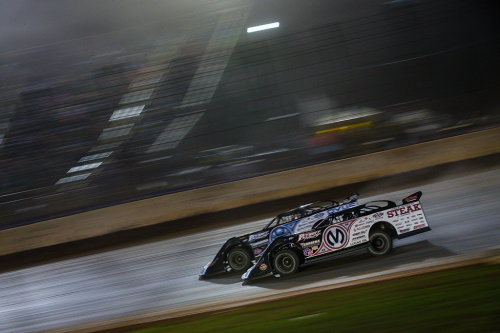 Just before the first caution earlier in the race, Madden actually got by Davenport temporarily, but had to go back because the lap had not been completed. All the same, Davenport knew Madden was knocking on the door, and it was only a matter of time before a move was made.

“I don’t know that I could have held him off because I got so tight and was having to drive a little crooked in the rubber,” Davenport said. “I definitely over-heated my rear tires, because [Madden] actually got by me and then the caution came out.”

Coming home third behind the two Team Zero cars is nothing to be disappointed about, and hearing of the note about Sweet Manufacturing’s founder just hours before, the Blairsville, GA-native noticed the interesting finish ahead of him.

“It’s weird how things work out. With the passing of Randy today and his cars running one-two tonight, it worked out the way it was supposed to,” Davenport agreed.

The Can-Am World Finals finale at The Dirt Track at Charlotte gets underway on Saturday afternoon with opening ceremonies going live on DIRTVision at 3:45 p.m. ET! 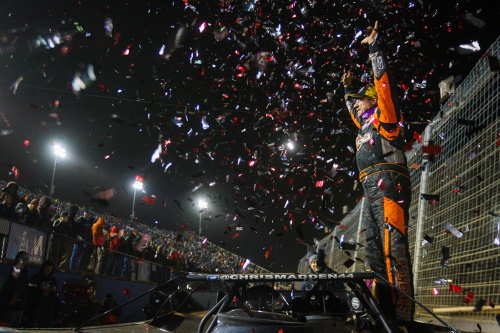 Photos courtesy of Chris Owens via world of Outlaws