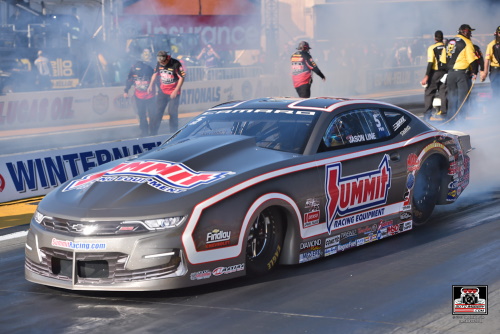 Quotes:
“The goal this weekend is pretty straightforward. We want two Summit Racing Chevrolet Camaros in the final round, and we want to win. It’s as simple as that. Like every year, a lot of effort went into increasing performance and being better every race, and the drivers have been working hard to be their best, too. We’ve had highs and lows, but we know we’ve got a lot of potential. Pomona will be about living up to it.” 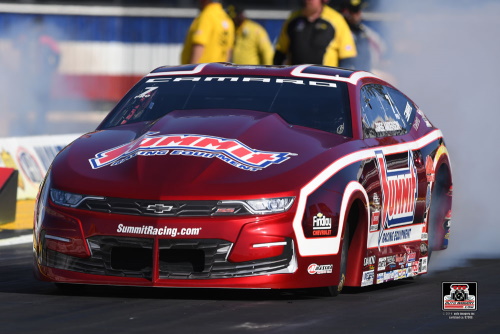 Quotes:
“I’ve had a lot of good fortune in past years; people don’t realize you just don’t win a race or a championship without good fortune. There is just too much competition, too many people that do a great job. So yes, anything can happen in Pomona. We’ll go and try as hard as we can. I’m very happy with my Summit Racing Chevrolet Camaro right now. We had a good chance to win in Las Vegas, and we have a great chance to finish the year strong for Ken Black, Summit Racing, and this team.” 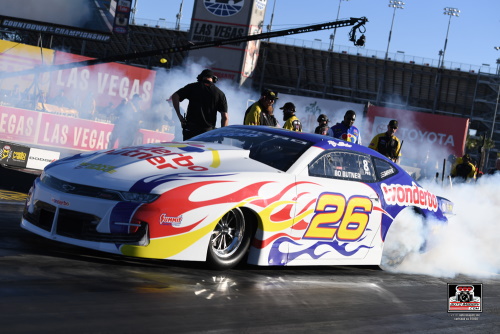 Quotes:
“We’ve got all the right people, parts, and pieces, we just need to work harder in Pomona if we’re going to get to where we want to be and end the season right. Anything can happen there, we’ve seen that – I’ve seen it personally – so we’ll see what happens. Pomona has been good to us, but really, what’s meant to be is already in the cards. I’m friends out here with everybody, and every one of these guys and girls out here have worked hard this year. I knew [Elite Motorsports] would be tough to beat, but I still like my team. We don’t go to this last race with our heads hanging low. We’re not giving up.”