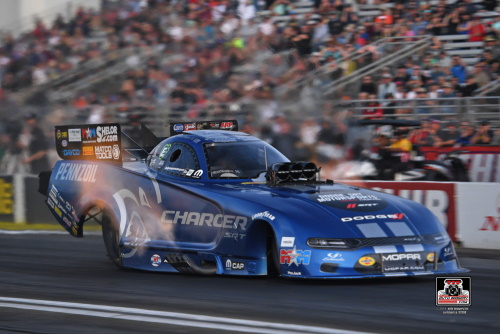 POMONA, Calif. (November 16, 2019) – By qualifying No. 1 for the final race of the season, 2019 NHRA Mello Yello Funny Car championship hopeful Matt Hagan has put himself in the best possible position to start race day at the Auto Club NHRA Finals as he battles it out for a third Funny Car title.

Hagan earned his 36th No. 1 qualifier and second of the season on the strength of his Q2 run of 3.872 seconds. Starting from the top of the field, Hagan will face Jonnie Lindberg in round one. It’ll be a rematch of the Dodge NHRA Nationals Presented by Pennzoil final round, where Hagan defeated Lindberg to claim his second consecutive Countdown triumph.

Throughout qualifying at the Auto Club NHRA Finals at Auto Club Raceway at Pomona, Hagan, and his Dickie Venables-tuned MOPAR Dodge Charger SRT Hellcat Widebody were solid. Fresh off two consecutive race wins, the MOPAR team looked unstoppable as they carried their winning momentum into Pomona. Hagan powered his 11,000-horsepower machine to low E.T. of Q1 and Q2 to gobble up eight bonus points and ensure themselves a top-tier qualifying position. Venables opted to use Saturday’s two qualifying sessions to perfect his race day tune-up, and by tuning the MOPAR machine to a 3.957 E.T. in Q3 and a 3.904 in Q4, he and his red-hot team appear to be in championship-form.

“I asked Dickie if we were going to go for some more qualifying points today, and he said ‘no, not at all. We made sure we did what we needed to do yesterday and made sure Robert couldn’t make it a 60-point lead on us and extend it by another round,’” explained Hagan of his crew chief’s Saturday strategy. “So today, Dickie was just focused on backing it down and really trying to see where he could push, and what the track could hold. That first lap out there today was conservative but really raceable, and I’m proud to see him make those kinds of decisions.

“Dickie races smart, and that’s the reason we’ve won so many races together as a team. He races the race track, and he’s not ego-driven, trying to throw down all of the time. He’s a racer at heart, and I love that about him.”

Together, Hagan and Venables have won 28 of Hagan’s 33 career event wins, and secured the 2014 Funny Car world championship in only their second season as a driver-crew chief tandem.

Hagan enters race day ranked third in the Mello Yello Countdown to the Championship point standings, chasing leader Robert Hight by 44 points. Both he and his No. 2 ranked teammate Jack Beckman are within two rounds of Hight. The way the Funny Car ladders are setup, Hagan could potentially meet Hight in the semifinals, in which case he would need to defeat Hight and go on to win the race to capture the championship. Another potential scenario could see Hagan and Beckman duking it out in a ‘winner take all’ round in the finals. Beckman is seeking a second Funny Car title.

“There’s a lot of confidence in our team,” said Hagan, a four-time 2019 winner. “Starting from the No. 1 spot is huge, it sets the tone for the whole day. We’ve got a great race car, and I feel really confident about all of the decisions they’re making in the lounge and how it’s performing on the race track. I’m hungry for it; all of us out here live to be in this position where you have the opportunity to win a world championship.

“I feel no pressure right now,” added Hagan. “It’s Robert’s to lose. He’s leading, and he’s got to maintain his lead, but that’s why you race on Sunday because you just never know. I’m excited about it; I feel really confident in my team, and I know they’re going to put a great race car underneath me, and I’m just going to drive my ass off, and we’ll see what happens.

The championship battle kicks off at 11:00 a.m. PT, with Hagan starting from the No. 1 spot on the ladder, and Beckman seeded second. Hagan brought home the big trophy in 2011 and 2014, and Beckman was triumphant in 2012.

The Competition: No. 16 Jonnie Lindberg 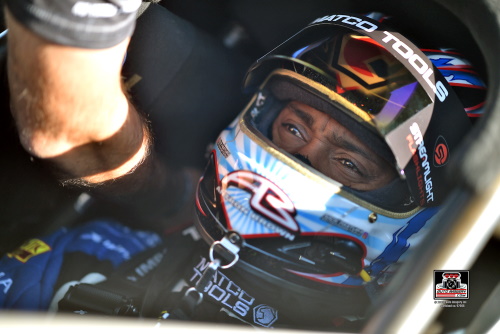 The Competition: No. 8 Brittany Force

Quotable:
“We were definitely trying to go faster than a 77 in Q4, but it must’ve dropped a hole down the track, but we’ll go back and assess it. The good news is, we can navigate down this race track; we just want to run better. Tomorrow we’ll put our heads down, get in race mode, and get after it. It’s the last race of the year, and we have nothing to lose.” 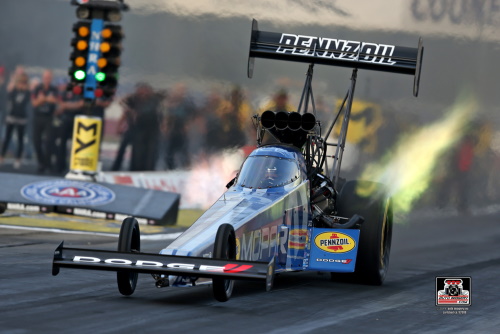 The Competition: No. 15 Scott Palmer

Quotable:
“Making three good qualifying runs is a great way to position ourselves for Sunday. We were a little bit quick on Q1, but proved to be fast learners by going out in Q2 and running low for the session. We picked up some qualifying bonus points Friday night and Saturday afternoon. We were aiming to get more in that final session, but we had some mechanical issues hold us back. Going into race day No. 2, we have a great chance. This team is full of proven winners at this track and I feel the same way about tomorrow. Winning tomorrow would be a perfect way to round out our first season with this group together and we’re going to do everything we can to accomplish that. It all starts with the first round and all that matters is getting to the finish line first.” 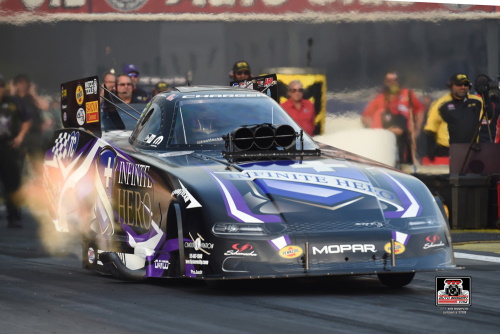 The Competition: No. 15 John Hale

Quotable:
“Making it down the track in that last qualifying session was huge for us. We had only made it down the track in Q1 and we still haven’t made it down the right lane. There’s something about Pomona. It took everything I had to get the car down the track. I was able to peek up at the scoreboard and I can tell you that’s exactly what the doctor ordered for the Infinite Hero Foundation team heading into tomorrow. It’s all right in front us. I’m really excited about the opportunity we have.” 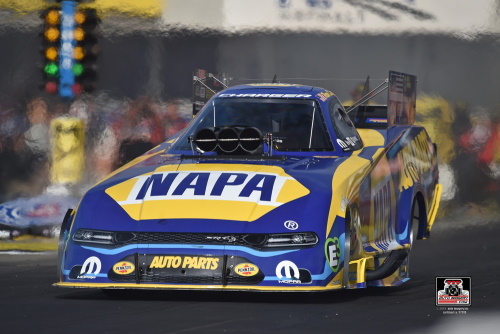 The Competition: No. 9 Cruz Pedregon

Quotable:
“We feel better about chances after Q4. We talked about it in Las Vegas that it happens to the best of teams. We lost our way a little bit. I couldn’t be prouder of (crew chief) Rahn Tobler and this NAPA AutoCare team. Sometimes it takes teams a lot runs and races to figure out what your car is doing and what went wrong, but these guys did a great job figuring it out in short amount of time. That last run was what we wanted. There are a number of scenarios that can play out tomorrow. We are in it to make our teammates proud. We’ll just go out and try to win the race. We’re just trying to end the year with the best finish we can.” 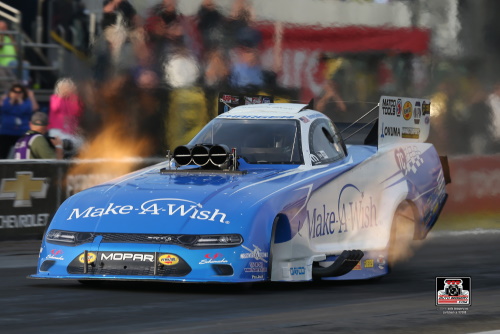 Quotable:
“The track conditions have been tricky this weekend, but it’s nice having a consistent car. We have a really good Dodge Charger SRT Hellcat for the conditions we will be racing in tomorrow. This has been a really good race for us in the past and if we can string together some 3.90s tomorrow, I feel like we have a great chance of making it to the final for the fifth consecutive year.”