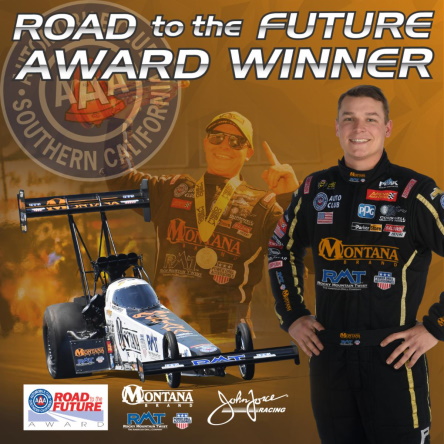 “I am proud of the season this Montana Brand / Rocky Mountain Twist team put together. My guys worked their asses off all season long to give me the opportunity to win the Auto Club Road the Future Award. I couldn’t have done it without them,” Prock said. “I would have never been here without John Force and Robert Hight. They gave me the opportunity to fulfill my dream and I owe the world to them. I hope I made them proud.”

Halfway through the tour, at the 16th race of 24, Prock earned his first NHRA professional victory at the Northwest Nationals at Pacific Raceways in Seattle, sharing the winner’s circle alongside team owner and NHRA Legend John Force as he earned his milestone 150th career victory. He recorded a career best elapsed time of 3.688-seconds and speed of 334.40 mph in a first-round victory over veteran racer Doug Kalitta at the AAA Texas NHRA FallNationals.

Prock joins a list of only 10 previous rookies to win in their first season and is the 13th rookie to qualify for the Countdown to the Championship, NHRA’s six race playoffs. Prock is the sixth John Force Racing driver to earn the Auto Club Road to the Future Award, the previous include Tony Pedregon (1996), newly crowned Funny Car champion Robert Hight (2005), Ashley Force-Hood (2007), Mike Neff (2008), Courtney Force (2012) and current Top Fuel teammate Brittany Force (2013). 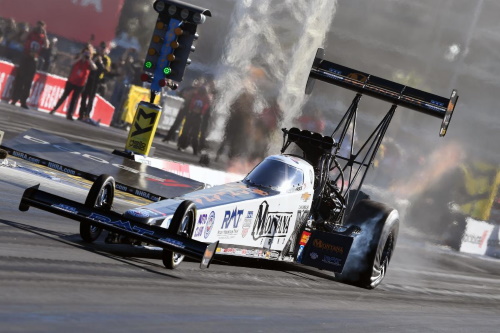