GLENDORA, Calif. (November 23, 2019) – It is with heavy hearts that we report Larry Fisher, Executive Director of the NHRA Motorsports Museum, passed away last evening at Loma Linda Medical Center. Fisher began his work with the museum in 2012 and made a host of improvements during his tenure. NHRA, the NHRA Motorsports Museum and the entire racing community extend their deepest condolences to his family and friends. 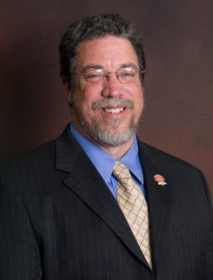 “Larry made many contributions to the museum including building greater awareness of its mission and improving the educational elements of museum programs,” said Tom McKernan, chairman of the NHRA Motorsports Museum board. “His love and commitment for the museum and motorsports history as well as his robust experience will be greatly missed. Our thoughts, prayers and deepest sympathies are with his family during this difficult time.”