BROWNSBURG, Ind. (December 6, 2019) – The week of December 9th is shaping up to be a busy one for Don Schumacher Racing, NHRA’s preeminent drag racing team. The 32nd annual Performance Racing Industry (PRI) show gets underway in Indianapolis, Thursday, December 12th, and DSR’s star-studded roster of drivers have been selected to be the featured guests at the trade show’s prestigious Grand Opening Breakfast that morning.

Jack Beckman, Antron Brown, Ron Capps, Matt Hagan, Tommy Johnson Jr., Leah Pritchett, and Tony Schumacher will join noted motorsports broadcaster Ralph Sheheen on-stage for a live talk-show style panel in front of more than 3,000 industry professionals. The event is available to all PRI attendees, free of charge, and will be held at the  in the Indianapolis Convention Center. Doors open at 7:00 a.m.

Before the PRI activities kick-in to high gear, DSR will once again host the popular ‘This is How We Roll’ bowling event to benefit Riley Children’s Foundation. 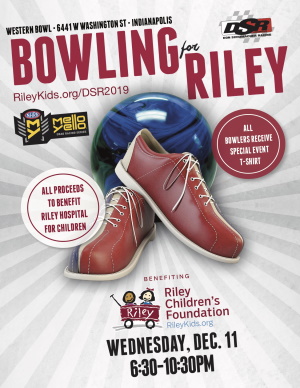 DSR has enjoyed a long history with Riley Hospital for Children, and the annual bowling event, scheduled for the evening of December 11th, is one of DSR’s two primary fundraisers for the local children’s hospital. Drag racing’s largest team has raised more than $690,000 for Riley since 2005 and is eager to break the $700,000 mark at this year’s event.

The public is invited to bowl and mingle with NHRA and IndyCar stars, including DSR’s complete line-up of drivers, Charlie Kimball, Austin Prock, Alexander Rossi, and J.R. Todd. Amanda Busick, Jamie Howe, and Brian Lohnes of NHRA’s on-air FOX Sports 1 team are ready to ‘throw down’ for a good cause at Western Bowl’s 80 lanes, as are popular motorsports personality David Freiburger and Indy’s own FOX 59/CBS 4 sports anchor JoJo Gentry.

The event, which has become the unofficial kick-off to PRI week, will take place at the Royal Pin Western Bowl (6441 W. Washington St., Indianapolis). It is open to the public, and 100% of the proceeds will benefit Riley Children’s Foundation. Doors open at 6:30 p.m., with the opening ceremonies starting at 7:00 p.m. Lanes can be reserved by contacting Kassandra Pawuk (pawukk@shoeracing.com) or via the online link: www.RileyKids.org/DSR2019 Admission for non-bowlers is $20 at the door. 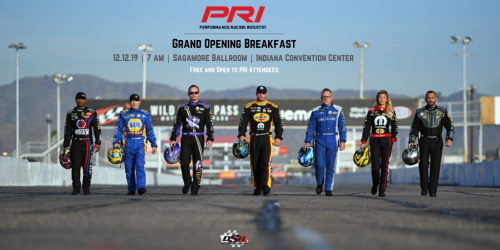