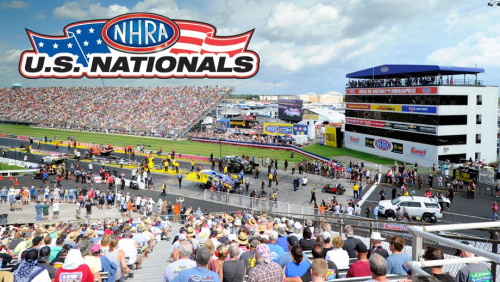 This iconic event will take place September 2-7 at Lucas Oil Raceway in Indianapolis, Indiana. The U.S. Nationals will feature the intense side-by-side racing at speeds of over 320 mph that fans have come to know and love in the region.

NHRA fans can take part in the Mello Yello Walking Tour to see the cars and teams hard at work in the pits. Fans can also attend Pro Stock School and Nitro School to learn how the cars operate and reach their thrilling speeds. Lucas Oil Raceway will also host a Mello Yello autograph session and allow fans to meet their favorite drivers as well as the Sealmaster Track Walk hosted by NHRA announcer Joe Castello. Another can’t-miss experience is the winner’s circle celebration on Monday after racing concludes. NHRA fans are invited to congratulate the winners of the event as they celebrate their victories.