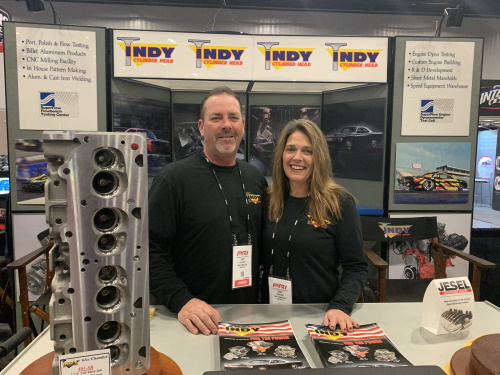 The company, founded more than 40 years ago by brothers Russ Flagle and Fred Flagle, has supplied the highest quality engine parts and complete engines for aftermarket purchase. It has been the consistent belief by the company that thorough engineering and extensive testing leads to the correct combinations of blocks, cylinder heads, manifolds, pistons, camshafts, and every component used to produce the ultimate in engine power.

The Wheatcrafts, longtime Mopar drag racers, have every intention of continuing Indy Cylinder Heads’ decades of service as a performance leader within the motorsports industry. In a joint statement, they said: 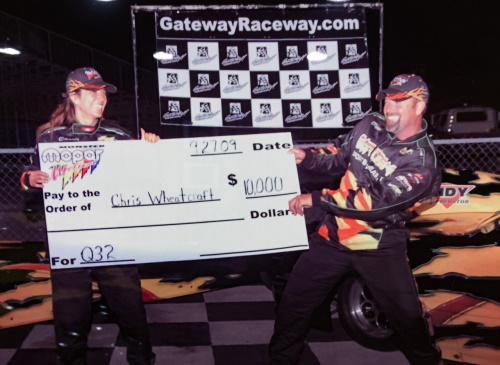 Charli Wheatcraft, left, and Chris Wheatcraft in the Winner’s Circle at the former Gateway International Raceway in Madison, Ill., 2009

“It is a tremendous honor to lead the company forward. The legacy that has been built on hard work, dedication, and pure genius by the Flagle Brothers and their employees is a true American rags-to-riches success story. We are humbled and honored with the opportunity and challenges before us.”

For more information on Indy Cylinder Head, visit them on the Web at IndyHeads.com.

About HighSide Media
Founded in 2007, HighSide Media has represented some of the top drivers, teams, facilities, and sanctions in American motorsports. HighSide Media provides public and media relations for racers at every level with tailor-made programs for every budget. Pass YOUR Competition on the HighSide.