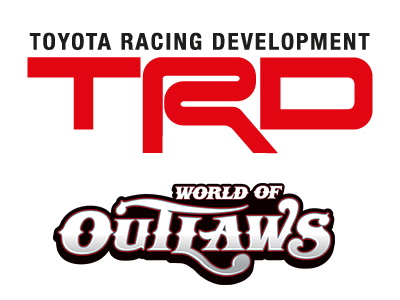 COSTA MESA, California (December 12, 2019) – Toyota Racing Development, U.S.A. (TRD), who is celebrating its 40th anniversary of American motorsports heritage this year, is in the design phase of developing a sprint car engine to meet World of Outlaws regulations.

“We’re excited to design and ultimately see Toyota compete in sprint cars,” said Tyler Gibbs, general manager of TRD. “We have, and will continue to enjoy our time in midget racing, and look forward to this expansion into sprint car competition. This provides us an opportunity to not only design a new engine, but also to expand our grassroots racing presence and continue to seek out and develop up-and-coming talent.”

TRD is currently working with established engine builders Speedway Engine Development, Inc. and Rider Racing Engines, as well as All Pro Aluminum Cylinder Heads, Inc. and Mobil 1™ to develop the engine. Once designed, engine builders will be able to purchase TRD-sourced castings to build customer engines. The castings will be available in late 2020 in advance of the 2021 season. The aluminum block engine will meet the World of Outlaws, All Star Circuit of Champions, USAC and other sprint car series rules, both in 410ci and 360ci displacements.

In late 2007, Toyota debuted a Toyota 360 engine for USAC Silver Crown competition, which was a derivative of the cast iron eight-cylinder Toyota engine used in the NASCAR Xfinity and Gander Truck Series. The program has seen 22 victories, one driver’s championship (Jerry Coons Jr., 2008), two team titles (2008 and 2012) and is still run on occasion in the series.

Toyota’s open-wheel dirt and pavement journey began in 2006. Since then, Toyota has competed in national midget car racing in both the USAC and POWRi series with Toyota drivers winning more than 270 national midget car events and a combined 10 driver championships.

TRD currently supports customer racing programs with midget racing in USAC, POWRi and other series, the Lexus Motorsports IMSA program in the GTD category and the addition of the GT4 Supra customer program in 2020. Testing of the new sprint car engine is expected to take place in Summer 2020 with parts available for purchase late next fall in preparation for the 2021 season.