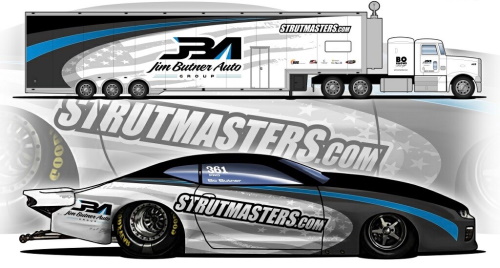 Butner, who led the Pro Stock points throughout the entire regular season in 2019, is eager to return to piloting his Ken Black-owned Pro Stocker and grateful to have the support of Strutmasters for the entire 18-race Pro Stock schedule next season.

“We have such a great team, and one that I’m very proud of. We know we have a lot to offer, and to be recognized by a great group of people like Chip Lofton and the folks at Strutmasters just means the world to us,” said Butner, an 11-time Pro Stock event winner.

“It’s definitely a confidence builder to have such awesome partners, both old and new. We’re looking forward to putting the Strutmasters/JBA Camaro in the winner’s circle more than once next year.”