2020 NWES SEASON
Jacques Villeneuve doubles down on NWES,
brings FEED Racing to the grid
The team will field at least two cars in the 2020 Euro NASCAR season,
Villeneuve and Lemarie will drive in EuroNASCAR PRO 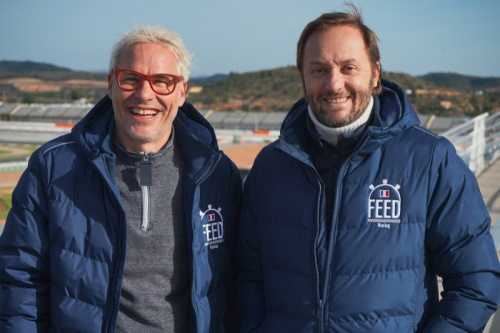 (Decenber 27, 2019) –  After discovering the NASCAR Whelen Euro Series in 2019 and scoring three podium finishes in his first season, Formula 1 World Champion and Indy 500 Champion Jacques Villeneuve will double down on Euro NASCAR. The Canadian, together with Patrick Lemarie, will bring their FEED Racing team into the championship, fielding at least two cars in the 2020 NWES season. An extension of the FEED Racing academy Villeneuve and Lemarie founded last year, the team will aim at competing for the European NASCAR title and mixing world-class top drivers with new promising talents.

Villeneuve and Lemarie will drive the #5 and #6 cars in the EuroNASCAR PRO championship, marking the first time the two will race as teammates despite a longstanding friendship. The first EuroNASCAR 2 driver will be 17-year-old Belgian Simon Pilate, who will share the #6 car with Lemarie.

“This is a project aimed at giving young talents the opportunity to grow and become professionals in racing. I always loved this kind of cars and races and after gaining some valuable experience last year in NWES, we are ready to take the next step,” said Villeneuve, who also started at the front of the field twice and finished eighth in points in EuroNASCAR PRO in 2019. “With Patrick we know each other since we were eight years old, he was the test driver at BAR in Formula 1 and we founded the FEED Racing academy together, so this is a natural step forward. The Euro NASCAR car is perfect to learn the basics of driving a race car, it is bold and aggressive, it has no electronic aids and plenty of horsepower and since two drivers share the car, we will be able to do a proficient work together with our young drivers. The NASCAR Whelen Euro Series can open a very interesting development path for them and in the next couple of months we’ll evaluate the opportunity to expand to three or four cars, fielding more top drivers and more up-and-coming talents.”

Villeneuve’s personal ambitions for the 2020 season are clear and include the opportunity to chase the NWES title.

“Progressing will be the key element. Personally I’ll want to do better than last year and that logically includes fighting for the NWES championship and bring home some wins. The same will be for all our drivers, we’ll want the EuroNASCAR PRO drivers to be able to compete at the front and the EuroNASCAR 2 drivers to show they can step up to the top championship in 2021,” said the Canadian.

For Patrick Lemarie, 2020 will mark a return to competition after several years of hiatus as a driver. The Andorra-resident took the decision to climb back into a race car after visiting the NWES Finals at Zolder, Belgium despite having never driven a NWES car.

“I really look forward to drive a Euro NASCAR car! I’m a close friend with Jacques since a very long time and last year he was so enthusiastic about the NWES car and the championship and he told me this would be the perfect occasion to race together. So here we are, I’ll come back after 15 years!” said the Lemarie, whose vast experience includes Formula 1, the 24 Hours of Le Mans, the European Le Mans Series he won in 2001, Formula 3000, Champ Car and much more. “I wasn’t sure if I wanted to return behind the wheel but I went to Zolder for the NWES Finals, I saw the car and the championship and I was immediately very excited about this opportunity. I’m super happy to be Jacques’ teammate and I really want to enjoy the races. The goals of the entire FEED Racing project is to help young talents and we think that the NASCAR Whelen Euro Series can be a very good opportunity for them. The car is challenging to drive and definitely a great school and they can share the car with us, so they can learn how to work and have a good exposure for their sponsors. We hope it can open many doors for them.”

Sharing the #6 car with Lemarie will be 17-year-old talent Simon Pilate, who was a Semi-finalist in FEED Racing’s 2019 selection.

“Simon is a very young driver with very little experience, but he was very impressive during his time at FEED Racing. He was very excited about this opportunity and that’s exactly what we want,” said Lemarie of the young Belgian. “To have such a promising young driver with us is very good, he’s always carefully listening to what we say and constantly learning. I’m sure he’s going to be competitive.”

FEED Racing plans to undergo the first tests with their new Euro NASCAR cars in February at Magny Cours, the track hosting the FEED Racing academy, while the preparation for the April 25-26 NASCAR Whelen Euro Series season opener at the Circuit Ricardo Tormo of Valencia, Spain has already begun. 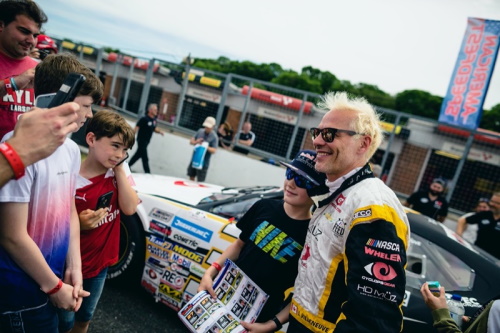 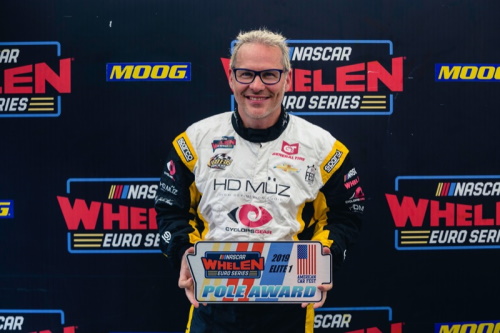 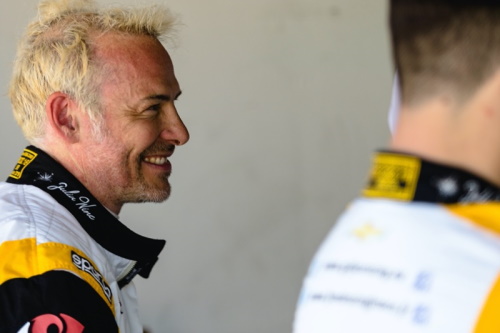