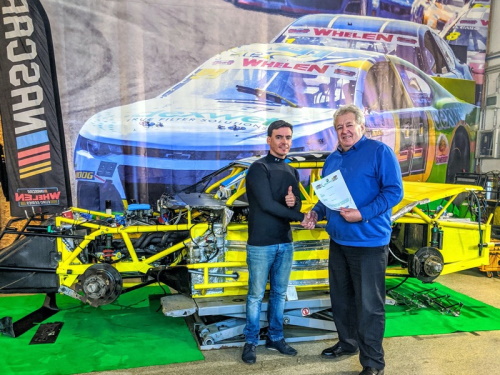 (January 16, 2020) –  After winning the EuroNASCAR 2 title and the Club Challenge in 2019, DF1 Racing is aiming straight at the NASCAR Whelen Euro Series crown in 2020 with the addition of Euro NASCAR’s only three-time champion Ander Vilarino.

The 40-year-old Spaniard will pilot the #22 Chevrolet Camaro and wear for the first time DF1 Racing’s iconic bright-colored tiger on his suit. Vilarino visited the team’s headquarters in Salzburg, Austria and signed a contract for the 2020 season with an option for 2021.

“I am really happy and thankful for the trust Norbert and Gudrun (DF1 Racing team owner) have in me. I’ll do everything I can to bring good results and contribute to put the best car on the grid. I also look forward to working together with the other DF1 Racing EuroNASCAR PRO drivers and support the EuroNASCAR 2 and Club drivers,” said the Hondarribia native, who boasts 22 wins in the top NWES championship, including two at his home track of Valencia in 2019. “Everybody at DF1 Racing is really motivated to win the title and this motivation is not only contagious, it also perfectly matches mine. They are professional but also a family-run team and that is something I love. I believe we can do really good things together.”

DF1 Racing’s motorsport boss Norbert Walchhofer made it clear that Vilarino’s arrival is the perfect move for the team to take the next step and have the chance to become only the fourth organization to win the European NASCAR championship. 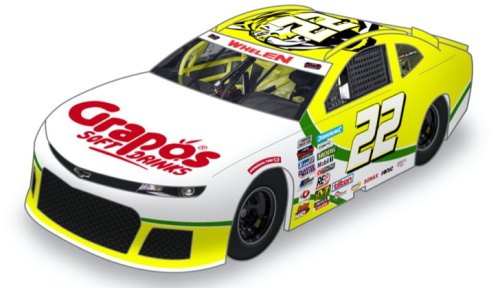 “There is no team that wouldn’t be happy if the three-time NWES champion signs a contract with them. Ander visited our workshop for two days to take a look at the base and the work that has been done here. He signed the contract for the 2020 season right afterwards, with an option to keep working together in 2021,” said the Austrian. “Ander is a top driver and together we have the chance to win the EuroNASCAR title. With his NWES experience, he will bring the team forward and also help the young drivers. We will give our best to help Ander win his fourth NWES title.”

With a stronger-than-ever competition highlighting the EuroNASCAR PRO Championship in 2019 – seven different drivers visited Victory Lane in 13 races – Vilarino’s strategy for 2020 is pretty straightforward: go out to be the best in every lap of every session.

“We are all super motivated and this year we are going to give everything we have race by race, session by session and lap after lap. We want to be the fastest and finish every race in the best possible position,” concluded the Spaniard. “Every season is different and all the teams and drivers want to win and this is also a reason why reaching this agreement this soon in the winter is very important. It gives us the right time to prepare for the season and be at our best on the grid in Valencia.”

The Circuit Ricardo Tormo in Valencia, Spain will host the NASCAR Whelen Euro Series season opener for the seventh time on April 25-26. With 100 days to go, Ander Vilarino and the DF1 Racing team are already at work to be ready for the battle.