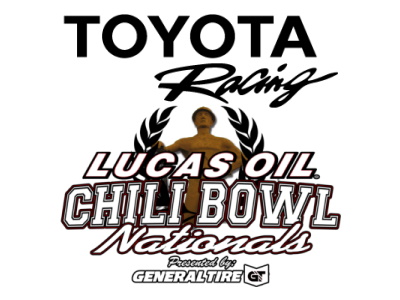 Starting from the outside of the front row, it was Bell who went straight to the lead and began to pull away early. Behind him, Tanner Thorson was second, followed by Larson, Rico Abreu, Jonathan Beason and McIntosh.

By lap 16, Larson had moved into second and shortly after, Bell started to get into lap traffic before a series of yellow flags would bunch the field. As the race passed the midway point, Larson worked to stay with Bell on the restarts and it would eventually pay off big for the California native.

Bell would lead the first 38 laps before Larson would take advantage of a restart, staying close through turn two and then throwing a slider into turn three to take the lead. Once out in front, Larson was comfortably in control the rest of the way, with Bell holding down second.

Behind them, McIntosh had climbed from the eighth starting position up to fourth and eventually overtook Keith Kunz Motorsports (KKM) teammate Rico Abreu for the third spot.

At the checkered flag, it was Larson leading Bell by .801 seconds, with McIntosh third and Abreu would end up fifth to give Toyota four of the top-five finishers on the night.

Also earning top-10 finishes on the night were KKM’s Buddy Kofoid, who placed seventh, Blake Hahn, in eighth and Tucker Klaasmeyer in the tenth position. For his efforts, the 18-year-old Kofoid would earn Rookie of the Year honors as the only first-year Chili Bowl driver to advance to Saturday’s A Main.

Overall, Toyota had a program record 13 drivers qualify for the 24-car A Main feature on Saturday. Thomas Meseraull, who narrowly made it back for Saturday’s feature after a family emergency called him back to Indiana, would finish 12th after getting caught up in another car’s flip while challenging for a top-five spot. Chris Windom finished 14th, Jason McDougal was 15th, Zach Daum placed 16th, Michael Pickens was 20th and Aaron Reutzel rounded out the Toyota contingent in 23rd. 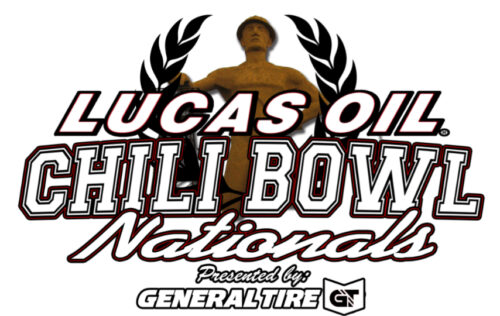 Tyler Gibbs, Toyota Racing Development: “This is a result of a lot of good work by a lot of good people. It’s just a great reward for a lot of hard work. We’re fortunate to have so many good teams and good drivers. It was a great win here tonight and it also was really exciting to see the effort by both Cannon McIntosh and Buddy Kofoid. That shows a little glimpse of the future for us. Sweeping the podium is a great testament to the quality of equipment Speedway puts out. (On winning six years in a row) We put in our dues here for a number of years, so we’re glad to see all the efforts pay off.”

Cannon McIntosh: “We struggled a little in the pole dash, but we made a few adjustments before the feature and car was really good tonight. We started eighth and I had a lot of expectations for myself. I didn’t want to get this opportunity and then let it slip away. We were really good early and we just waited for any mistakes because you can’t make very many moves when it’s that early in the race. As the race went on, our Tulsa Sod & Mulch Toyota got better and better and we just started picking people off. Rico and I started battling for third at the end and I went to the bottom and we were able to take third. Rico really helped me all week. He’s a good guy to have in your pit because he wants everyone on the team to do well. To race side-by-side with him, a two-time Chili Bowl champ, is really cool and I’m really grateful for it. I never imagined this happening. I couldn’t have done it without the help of Toyota, Tulsa Sod & Mulch, my dad and all my supporters. They say dream big and I’ve dreamt big and so far it’s going well. I’m just grateful for the opportunity.”

Rico Abreu: “I just have to thank Keith Kunz, Toyota and Safelite for giving me another great opportunity. I felt we were really in the hunt and then I just got really, really tight at the end of the race. Another Chili Bowl down and I’m ready for the next one.”

Buddy Kofoid: “It was a dream week for me. We ended up finishing third in our prelim on Thursday, so that was a big deal for my first Chili Bowl. Then to be on the front row of the B Main and lead all 20 laps was probably the most stressful race of my life, but we were able to lock it into the A. We started 12th in the feature and In the first few laps we were able to move up to ninth, so we were rolling in the beginning, then got up to sixth or seventh and then we had that incident where we had to check up and then got hit in the back and ended up having to go to the back of the pack. Then we were able to get back up to seventh. My first Chili Bowl has been one to remember. I owe it all to Keith Kunz Motorsports, along with Toyota and Mobil 1. To be here has been a dream come true. To win Rookie of the Year is really cool and to be the only rookie to lock into the main event is the cherry on top.”

Tucker Klaasmeyer: “I feel like we put a really good effort into it tonight. I really wanted to get a good finish for Keith and all of the guys. I just put everything I had into the feature and, overall, it was a pretty special weekend. Just to make the feature here is pretty cool. I’ll just try again next year.”

Thomas Messeraull: “I had a family emergency so I had to go home to Indiana and drove all night after the race on Thursday. I got all my stuff taken care of and was up for 40 straight hours. Then I got up early to get to the airport by 8:30 for a flight that was leaving at 10:30 scheduled to get in between 2:00-2:30. Four plane changes later and after a detour through Chicago, I ended up landing about 7 o’clock. I had the police escort me here and got such a warm welcome from the fans. In the race, the 7X was really good tonight. We started trucking forward from the tenth spot. I thought we had a fifth-place car, maybe better. When you’re in the top of the field like we were, just to go one or two spots is awesome. This TRD/Spike was on point tonight. We ended up getting turned over, getting involved in a crash where (Aaron) Reutzel got upside down and I ended up on top of him. That’s a part of racing, though. I’m just excited to be a part of this awesome show and be racing in January.”

Dillon Welch: “The Tucker-Boat team gave me a great car every time I took the track this week. That track is the furthest thing from my comfort zone and to go out there and be in the hunt is more of a testament to the guys on this team than it is to me. I’m bummed that we missed the A Main (by one spot), but I’m more bummed for Chad because he deserves to have all six cars in the show. It was a great experience. This whole week is always fun and to have the speed this week makes it all that much better, but it makes it that much worse when you come so close and don’t get it done. I just want to thank Chad, Corey Tucker, everyone at Toyota and all of my crew.”

Tom Harris: “It’s been unbelievable. I can’t thank everyone here at Keith Kunz Motorsports enough. They’ve just made me so comfortable. They gave me a great car all week. I think if I could have just done a little better on my qualifying night and made it into the B instead of the C. I can’t thank everyone enough for giving me this opportunity. It’s been fantastic. I can’t wait for next year.”

Through the Start Your Impossible campaign, Toyota highlights the way it partners with community, civic, academic and governmental organizations to address our society’s most pressing mobility challenges. We believe that when people are free to move, anything is possible. For more informationabout Toyota, visit ToyotaNewsroom.com.