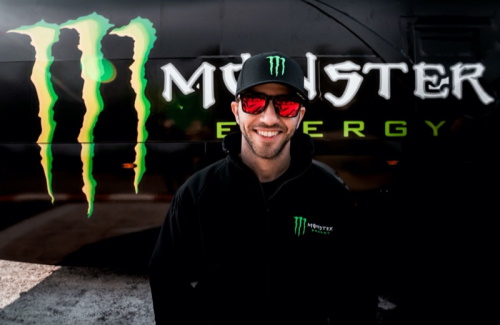 (January 27, 2020) –  The 2020 NASCAR Whelen Euro Series season will represent a major key moment in Alon Day’s career. The two-time EuroNASCAR Champion has become a Monster Energy athlete and will chase his third European NASCAR title at the wheel of the #24 PK Carsport Chevrolet Camaro.

One of the most successful drivers in EuroNASCAR’s history, Alon Day boasts two NWES titles and 20 wins in five seasons in the EuroNASCAR PRO championship with CAAL Racing, together with 10 pole positions and 33 podium finishes. The 27-year-old Ashdod, Israel native was the first NASCAR Next graduate coming from outside North America in 2016 and the first NWES driver to compete in the NASCAR Cup Series in 2017.

“I’m excited! It’s a fresh challenge. With CAAL we won so much and we were so close I consider them as my family, but now this new decade brings a new challenge and new energies to go chase the third championship with a great team like PK Carsport,” said Alon Day, whose #24 Chevrolet Camaro will feature Monster Energy branding. “Becoming a Monster Energy athlete is a dream come true. Every athlete would love to be sponsored by Monster Energy and the fact they choose me is just fantastic and a milestone in my career. I want to make them happy and win as many races I can. I want to be on a different level.”

The 2020 season, kicking-off in Valencia, Spain on April 25-26, will represent a new page in the Israeli’s NASCAR career. Driving for the Belgian team owned by Anthony Kumpen –one of his fiercest rivals, a two-time NWES Champion and former Monster Energy athlete himself – will pose new challenges to Alon, who’s ready and more motivated than ever.

“I expect to be competing at the front of the field in Valencia and I feel great about this new beginning. It will take some time to settle in but we all know PK Carsport is one of the best teams if not the best team in EuroNASCAR. I know it because we fought against each other for a long time. But when two adversaries share the same passion for winning, they can get together and become even stronger together. And this shows how beautiful this sport is,” Day continued. “We will work very hard with Anthony, the team and my teammates and I’ll push myself with the training, the simulator, the gym. I will give the absolute best I can, I want to keep building my legacy and add to the #24 PK Carsport Chevy’s legacy with Monster Energy.”

With two EuroNASCAR PRO titles –both with Anthony Kumpen at the wheel of the #24 Chevy – and two EuroNASCAR 2 titles with Maxime Dumarey and Stienes Longin, PK Carsport fields perennial frontrunners in the NASCAR Whelen Euro Series since 2014, when the Belgian team debuted with a pole position in Valencia.

“We are very excited to have Alon with us. He’s such a skillful driver! I’ve been a Monster Energy athlete myself in the past and now Alon is the second to receive Monster Energy’s support and that’s a great honor. Monster is really a cool brand and they do a lot for the sport,” said Kumpen. “I am very happy Monster brought us together and I am looking forward to another great season. The NASCAR Whelen Euro Series keeps growing at a fast pace and that’s one of the reasons why many big sponsors are joining the series with top-level drivers and teams. I can’t wait for the season to start!”

The NASCAR Whelen Euro Series season will begin on April 25-26 at Valencia, Spain and will touch seven different European tracks to bring the excitement of NASCAR racing, surrounded by American-themed family entertainment to seven European countries. 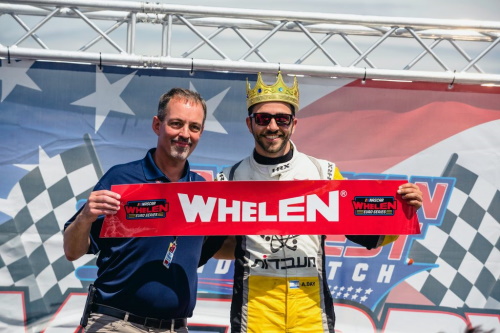