BROWNSBURG, Ind. (January 27, 2020) – Safety is priority No. 1 at Don Schumacher Racing, which is why the winningest team in NHRA history has turned to IMPACT RACING, Inc. since 2004 and will continue to do so in the new decade. DSR is pleased to announce that IMPACT has extended its partnership agreement through the 2021 NHRA Mello Yello Drag Racing Series season.

As the ‘official safety supplier of DSR,’ IMPACT outfits the Brownsburg, Ind.-based team with firesuits, helmets, gloves, shoes, boots, belts, and parachutes, among other safety-related products.

“Our partnership with IMPACT extends back three owners,” said DSR team owner Don Schumacher, who is heralded as a pioneer in the safety of drag racing. “We started with founder Bill Simpson about 16 years ago, and have grown with the company as it has evolved into the highly-recognized brand that is seen around the dragstrip in both the Sportsman and pro pits today.” 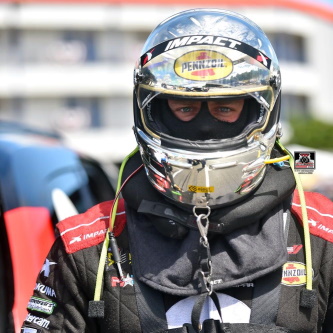 Although Schumacher focuses on winning races and championships, safety has always been his highest priority. When he was driving, he contributed cutting-edge safety innovations for Funny Cars, including a roof-mounted escape hatch that allowed drivers to quickly exit when fires occurred. He was also the first to mount the lever to activate a fire suppression system on his Funny Car’s brake handle so the driver could apply both while keeping one hand on the butterfly steering wheel.

“Safety is of the utmost concern and is the driving force behind several modifications that we’ve made to our cars at DSR over the years, most notably, the Top Fuel canopy,” said Schumacher, referring to the 2011 project he funded and spearheaded to develop a protective, enclosed canopy for Top Fuel dragsters. “Choosing safety equipment for our teams is no different. We’re very selective with who we choose to outfit our drivers. We only want the very best, which is why we’ve trusted IMPACT for so many years.”

“IMPACT is proud to continue the ongoing relationship with DSR,” said Lorenzo Cucia, IMPACT Managing Director. “With Don and everyone at DSR having the trust that we will provide their drivers with the best is a huge honor for everyone at IMPACT. DSR has been a valuable asset. Our priorities are safety and providing drivers with the best-innovated products.”

DSR drivers can be seen in their new IMPACT gear when the 2020 NHRA season kicks off with the NHRA Winternationals in Pomona, Calif., February 7-9.