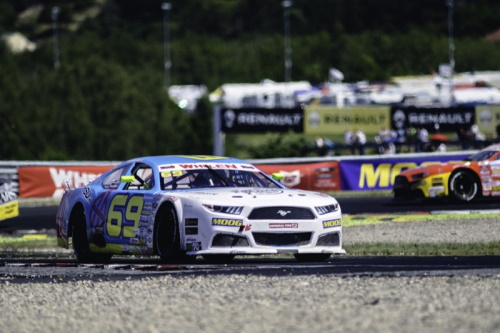 (February 6, 2020) – With their impressive racing heritage, the Bleekemolens are surely one of the most successful racing families in Europe. Their Team Bleekemolen organization competes in several championships around the world and added the NASCAR Whelen Euro Series to its program in 2019. In 2020, Team Bleekemolen will be back on the grid of the official European NASCAR championship with Sebastiaan and Michael Bleekemolen behind the wheel of a Ford Mustang.

The first EuroNASCAR campaign was a learning process for the Dutch team: Sebastiaan Bleekemolen took part in the EuroNASCAR PRO (ENPRO) championship and scored one top-5 result at the Autodrom Most in the Czech Republic, finishing the season with an average finishing position of 15.9, while Michael was second in the Legend Trophy in the EuroNASCAR 2 (EN2) championship with four top-10s. The goal is clear for 2020: take a consistent step forward.

“We are not happy at all with the results in the 2019 season. We are competing to win and my personal best result was a fifth place,” said Sebastiaan Bleekemolen. “My father did well in the Legend Trophy, which is great as he is 70 years old! We struggled with the brakes, but we think we have solved the problem over the winter. I hope we are set to fight for podium finishes in the 2020 season.” 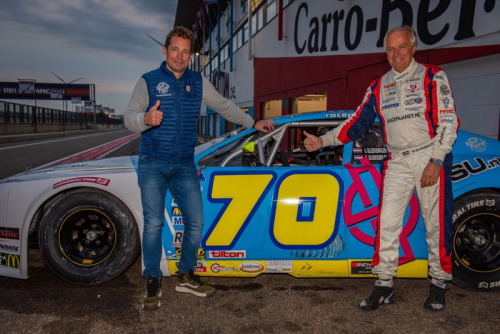 Sebastiaan Bleekemolen believes that the NWES is one of the most exciting race series in Europe. “We went to Franciacorta in December 2018 to test the cars. After the first lap Michael and I were extremely enthusiastic about the car and the series. The level of the series and everything else is really high and we like to have strong competition. Everything is well organized, so we are really happy to be part of EuroNASCAR.”

Sebastiaan’s father, Michael Bleekemolen, turned 70 years old during the NWES Finals at Circuit Zolder. A former Formula One driver, he was one of the most consistent drivers in the battle for the Legend Trophy, the classification for EN2 drivers aged 40 and over. After 13 rounds of close battles, he was tied with Ian Eric Waden for the lead, but it was the Finn who took home the hardware thanks to six season wins against Bleekemolen’s three. Bleekemolen ended up second.

“My goal is to grab the Legend Trophy in 2020,” said Michael Bleekemolen. “But I’m also aiming at reaching the overall podium in some races, so we have a lot of work to do in the coming season. NASCAR is great! The cars are powerful, the competition is hard and all race weekends are organised very well. I can’t wait to start the season in Valencia!”

The 2020 NWES season kicks off on April 25-26 at Circuit Ricardo Tormo in Valencia, Spain. The Bleekemolen family will be back in action with its Ford Mustang and its father-son combination to compete at the front in the seventh edition of the Valencia NASCAR Fest.