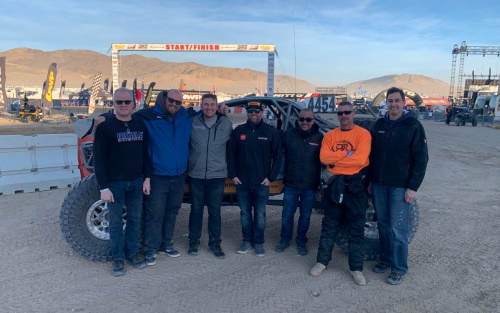 POMONA, Calif. (February 7, 2020) – Through their relationship with MAHLE Kalitta Motorsports drivers J.R. Todd and Shawn Langdon along with general manager Chad Head had the opportunity to take in another form of motorsports in advance of the 60th annual NHRA Winternationals. The trio from Kalitta Motorsports was able to enjoy the action with Jon Douglas MAHLE’s president for North America and Jim Kahut MAHLE’s Business Development Director on the race course about three hours northeast of Pomona.

While they were at the event they were hosted by recent Dakar Rally winner Casey Currie and his family including his brother Ryan and father John. Currie races the Monster Energy entry and became the first American to win the Dakar Rally two weeks ago. For Todd the experience was more than he expected and he enjoyed spending time with another successful racer.

“I was aware of King of the Hammers but I didn’t know all the ins and outs,” said Todd after the event. “I knew they did the rock climbing but I didn’t know there were different levels of competition like trophy truck. I was pumped to meet Casey Currie. Back home two weeks ago I was following the Dakar Rally pretty much every day on TV. Seeing an American win that event, the biggest off-road event in the world, was cool. 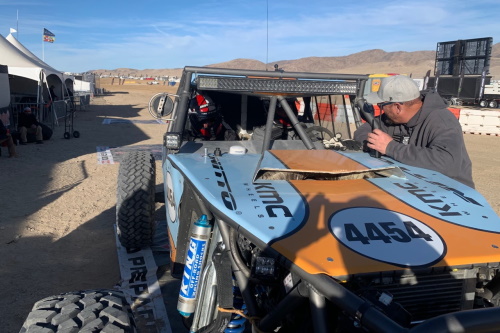 “Doing the ride along with Bailey was a lot of fun. It gives you a whole new perspective of what those guys go through but at the same time I don’t like being a passenger. Next time I want to drive. It was way cool and now we know what to expect and we want to go back for a longer period of time and get more involved,” added Todd.

The pair of NHRA professionals also got to drive themselves around the racing area as well as some of the mountains in the surrounding area. Casey Curries’ brother Ryan and his dad John loaned Todd and Langdon UTVS to drive on their own. The experience for Langdon was eye opening.

“Everything about the day was great. It was a neat experience,” said Langdon. “I told the guys from MAHLE and King of the Hammers when I got there I was a little embarrassed because I did not realize what a big deal this event was. I just had no idea. It was awesome to go in and see the trucks and other vehicles that they raced. There were trucks, jeeps and the rock climbing was incredible. Just checking out another motorsports event was kind of awesome to see what they do. I was completely blown away by it.”

Langdon and Todd will be on track Friday at the 60th annual NHRA Winternationals at Auto Club Raceway at Pomona. 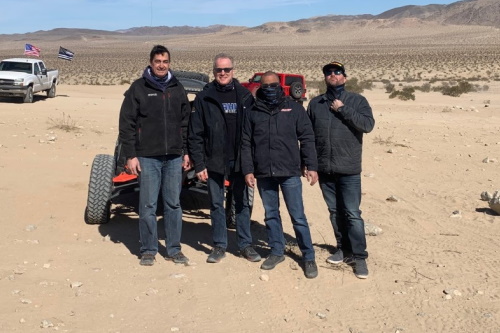 Based in Ypsilanti, Mich., Kalitta Motorsports is a Top Fuel and Funny Car drag racing team in the NHRA (National Hot Rod Association) Mello Yello Drag Racing Series. The team was founded and is owned by drag racing icon Connie “the Bounty Hunter” Kalitta. For more than 60 years, Connie has been involved in the sport as a driver, tuner, and team owner. Kalitta Motorsports is one of the most successful teams in the history of auto racing with seven world championships and over 100 national event titles in five different professional drag racing sanctioning bodies since it was established by Connie in 1959.