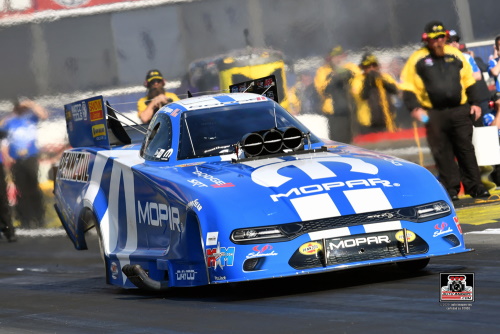 Matt Hagan is First Provisional Funny Car No. 1 Qualifier of 2020

By earning the provisional pole, Hagan appears to be continuing the momentum he enjoyed toward the end of the 2019 season, which, thanks to back-to-back Countdown victories and a No. 1 qualifier at the NHRA Finals, had Hagan in championship contention throughout the final day. Prior to entering the 2020 season-opener, Hagan and his team participated in the Las Vegas pre-season test session, and the signs of what should be a successful 2020 for Hagan were evident.

“There’s a lot of confidence unloading off the trailer like that in Q1 and being able to run a good number,” said Hagan, a two-time Funny Car world champion. “We had a great test session in Vegas and laid down some good numbers. The last day of testing, we went 88, 87, 86, and 83; really laid down some real numbers. The car’s working well, it’s driving really well, and the guys are working well together. All in all, I think we have a really good car, everybody is confident.

“The whole Pomona facility is kind of majestic,” added Hagan, a six-time Auto Club Raceway at Pomona Funny Car winner. “There’s a lot of magic that happens here. Champions are crowned here. We start and finish (the season) here. We’ve always done really well here and have a lot of confidence rolling into the year, but this Mopar Funny Car is flying right now, and I’m just trying to hang on to it.”

Hagan and the Mopar Dodge Charger SRT Hellcat Funny Car team will have two more qualifying sessions on Saturday to try and maintain their top spot heading into the first race day of 2020.